Home » Film » The Curse of La Llorona Review: Slow But Stylish Addition To The Conjuring Universe

The Curse of La Llorona Review: Slow But Stylish Addition To The Conjuring Universe

A Mexican folk legend is co-opted by the beloved Conjuring franchise, with some success, but not enough.

A Mexican folk legend is co-opted by the beloved Conjuring franchise, with some success, but not enough.

The Curse of La Llorona is not the first film about La Llorona, but it’s the first I’d heard of. As an ignorant European, I hadn’t realized it was based on an existing Mexican legend but assumed it was an original story. I brushed it off as yet another probably-daft possession/ghost story… until I heard it was set in the so-called “Conjuring Universe”, which prompted me to go give it a try. And yes, it was indeed set “there”… but should it have been? And did that make it a good film?

I’m one of those horror fans who have great admiration for James Wan’s The Conjuring and its sequel. Treating some real-life paranormal investigations as serious period drama worked beautifully and the real-life settings drew the audience in. The spin-off films drifted farther and farther away from reality and had variable success: Annabelle was popular enough to have a third film on the way (which looks pretty good in the trailers), and The Nun was downright poor.

Legend has it that in 1673, La Llorona (Marisol Ramirez, Circle) was abandoned by her husband for a younger, more attractive woman. In her grief and despair, she drowned their two children in the river to spite him; but coming to her senses afterward, she regrets this act and does away with herself too. And apparently, ever since then, her ghost returns, looking for other children to replace her own. The Curse of La Llorona is set in 1973 (a few years after the events of Annabelle), not in Mexico, but in Los Angeles. Anna (Linda Cardellini, Dead to Me, Scooby Doo), a social worker, goes to visit a family with a concern that the two boys are being kept in a cupboard, only to discover the next day they have drowned. Their single mother Patricia (Patricia Velasquez, The Mummy, Arrested Development) is naturally blamed, though she blames La Llorona… and soon Anna’s own children find themselves at risk from this ghost, a curse passed on by Patricia. 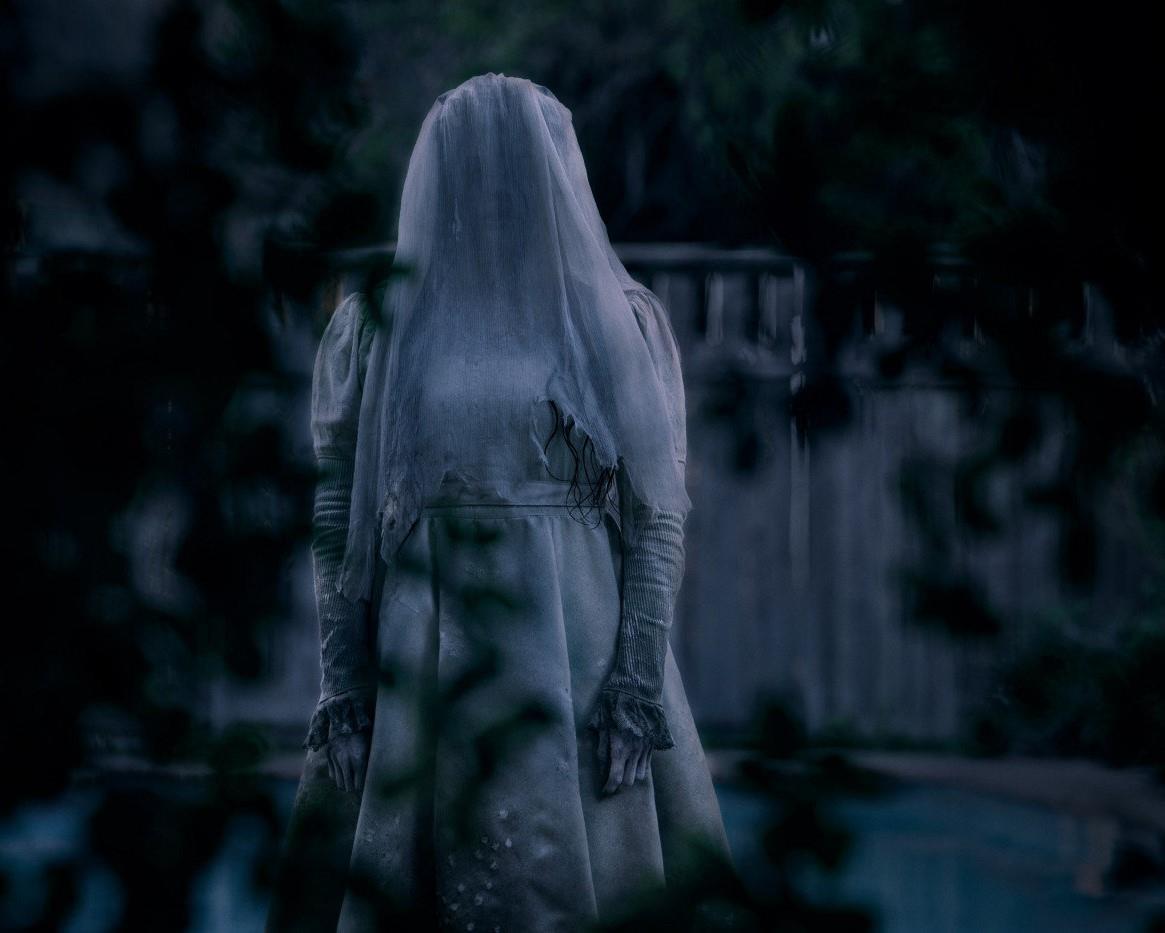 The Curse of La Llorona is not a scary film. There are tense moments, while we wait to see whether the ghost will strike (if that’s what ghosts do?) or whether the kids will slip out of the protection laid down by the friendly neighborhood healer (Raymond Cruz, Breaking Bad). But the tension is mild, and it was a mood my mind jumped at as a relief from the otherwise slow nature of the film. It wasn’t slow to the point of dullness, but almost; and the nature of the story made the few “scary scenes” kind of scheduled: the family attracts a bad spirit, the kids sense a ghost coming closer, it nearly gets them, they escape its clutches; the mother senses a ghost coming closer, it nearly gets her, they all escape its clutches, but get more scared; they get help, and it nearly gets them…

The acting is uniformly great; really, everyone does a good job and is well cast. The direction and production are wonderful. It’s not exactly Michael Chaves’ directorial debut, as some have said, but his feature debut: he directed the award-winning short The Maiden, which has a similar atmospheric quality. Some of the special effects were strikingly effective (such as the sight of the ghost through the young girl’s umbrella), though others were spoiled by the trailer. These things all worked in the film’s favor but…

The Curse of La Llorona would have been much better off as a stand-alone film, showing that the old folklore still has a place in the contemporary Mexican community. I cannot say how well the culture was represented or the tale adapted, but I don’t believe the producers of an existing film series had any right to take a legend and apply it to their franchise, especially a franchise which had its roots in the real world, rather than legend. The link into the “Conjuring Universe” took the form of a sole minor character, Father Perez (Tony Amendola) from the earlier film Annabelle, who referred Anna to the healer I mentioned. The ghost had nothing to do with Ed and Lorraine Warren from The Conjuring, not even to the extent of related artifacts ending up in their possession… how will the next installment in the franchise be connected? Maybe it will be based in a convent where someone knew someone who had once heard of a nasty spirit that disguised itself as a nun? I’m convinced the series would be more effective with stronger boundaries.

The other issue I had became more apparent towards the end, as the family’s battle against La Llorona got more heated: what on Earth was she? Surely a ghost couldn’t leave burn marks, grab people or be hurt by a wooden cross? So was she a demon that could be exorcised from the house? She looked more like some made up spirit that would be at home in The Evil Dead when we saw the last of her.

So although The Curse of La Llorona wasn’t entirely satisfying, everyone involved made a sterling effort. I just wish there had been a different approach to the story and wish it had been, you know, exciting.