A ruthless mother-daughter duo patrols the U.S.-Mexico border in this interesting and atypical vigilante thriller, but its fuzzy logic and muddled point of view prevent it from coming together.

A ruthless mother-daughter duo patrols the U.S.-Mexico border in this interesting and atypical vigilante thriller, but its fuzzy logic and muddled point of view prevent it from coming together.

Sara Seligman’s Coyote Lake is just interesting enough to be annoying. Most vigilante thrillers don’t even get that far, so credit where it’s due. But this new politically-charged hybrid of understated thriller and psychological character drama straddles so many lines — genre, political, emotional, logical — that it’s always teetering on the edge of something more interesting and meaningful. It’s a shame that it never quite commits, as it would be a better film if it did.

As things stand, we have a compelling premise and competent performances constantly undone by workmanlike scripting and direction. In its opening moments, Coyote Lake introduces us to its middle-aged Mexican mother Teresa (Oscar-nominated Adriana Barraza) and her withdrawn, socially-clueless teenaged daughter Ester (Camila Mendes), who within moments have drugged their oblivious dinner guest and dumped his unconscious body in a nearby lake. The women are a predatorial border patrol targeting “coyotes” — human traffickers who exploit migrants desperate to cross the Tex-Mex border. 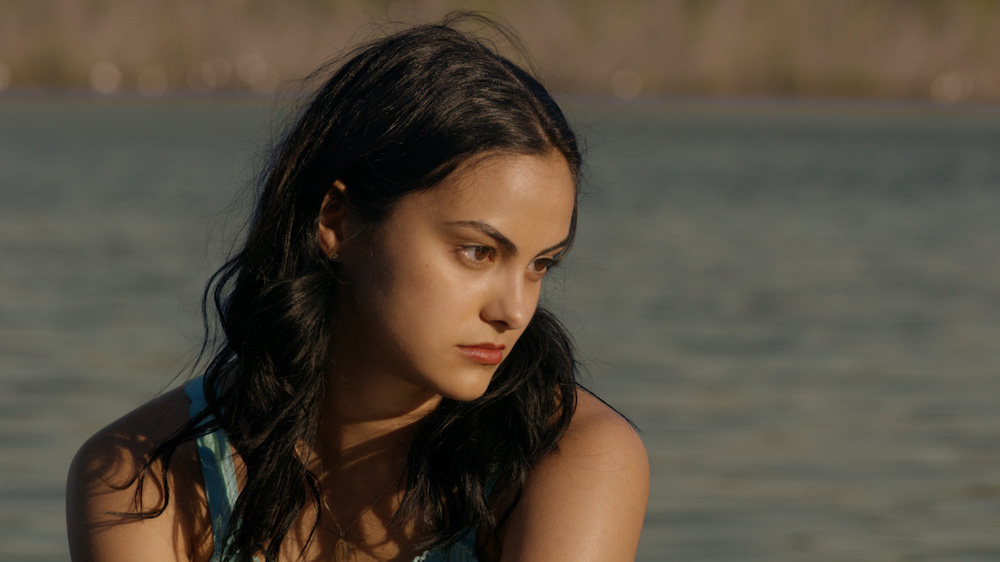 It’s immediately political, then. Or is it? The hot-button border turmoil issues are wheeled out here as a superficial pretext on which to hang the film’s gothic mother-daughter murders, but Coyote Lake doesn’t take a stance on them. The fact undocumented immigrants are turned away from their makeshift B&B doesn’t suggest the film is on their side. What might have been moral complexity just plays as confusion and contrivance. The logic is too fuzzy and the commentary too toothless for Coyote Lake to function as any kind of polemic.

So what are we left with? On the one hand, a thriller. The suspenseful setup begins with the arrival of two Cartel-affiliated men, Paco (Andres Velez) and Ignacio (Manny Perez), the latter of whom has been shot. But this is complicated when Ester begins to respond to Paco’s romantic advances, drenching the hostage scenario in a bath of thin melodramatics. The clumsy plotting and pedestrian craft keep the thriller elements of Coyote Lake bizarrely thrill-less, while the characters’ flat writing and underdeveloped psychology leave the romantic shift feeling slightly ridiculous.

Both Barraza and Mendes strain against the material, both clearly having found an emotional contour that the rest of the film struggles to put across. Barraza’s psychotic matriarch is chilling and Ester occasionally finds some complexity in her ill-fitting coming-of-age tale, but the parts don’t mesh into a coherent whole. What might have been intended as intentional idiosyncrasies just seem like the film striving for a point it doesn’t know how to make. In the end, it fails to make one at all.