The Village in the Woods Review: An Atmospheric Tension Builder

The Village in the Woods is a horror that keeps us feeling uneasy throughout with the brilliant atmosphere it’s able to create.

The Village in the Woods is a horror that keeps us feeling uneasy throughout with the brilliant atmosphere it’s able to create.

The Village in the Woods follows a couple, Nicky (Park) and Jason (Vernon), who are have inherited a remote pub in a village in the woods. The pair are immediately recognized by the locals Charles (Hope) and Maddy (Bradley) who see Nicky as a long-lost child of the village. As the couple spend more time in the village Nicky starts to notice certain actions which make her believe the villagers know she is a fake and they have bigger plans for her.

The Village in the Woods has a story that could easily follow in the footsteps of many films, with the mystery around the residents in the village when a new person or in this case couple arrive in it. We get the idea that the couple does feel uncomfortable; the villagers are overly friendly and we have one resident that will hint at the truth, without giving everything away to the newcomers. The story does seem to use ideas from some of the most famous horror movies, including The Wicker Man and Rosemary’s Baby, with each character being viewed in the same light as characters in those films. 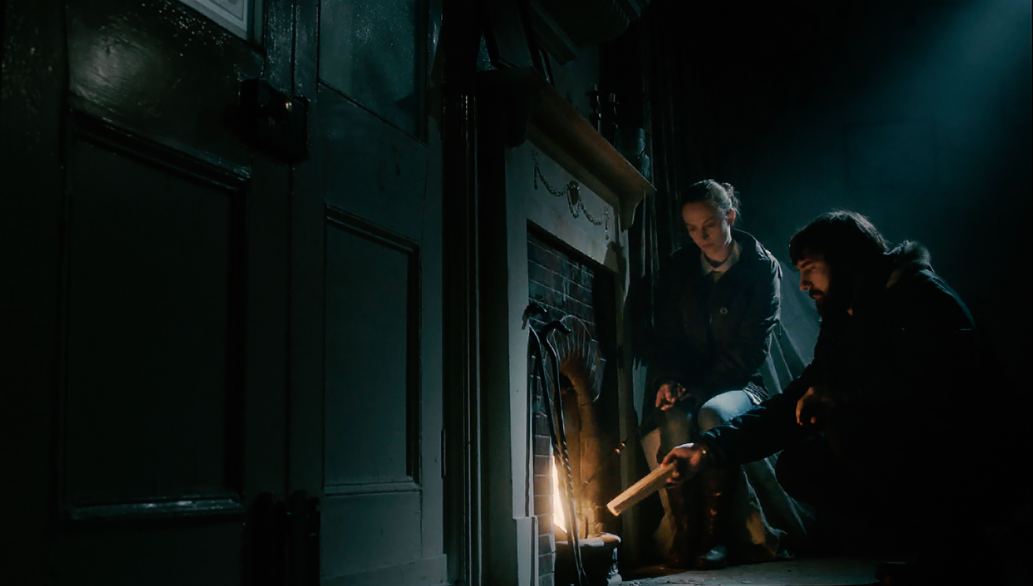 The Village in the Woods has performances from Richard Hope and Therese Bradley which come off genuinely creepy and overly friendly, making us feel uncomfortable throughout the film. Beth Park is strong in the film; she must make us believe she isn’t comfortable with the idea that she and her partner are involved in, showing the smart side to what makes her character feel uncomfortable. The Village in the Woods uses the mystery side of the film to help bring through the atmospheric horror we get to experience throughout, with the murky, fog-covered woodland that adds everything to the atmosphere we see in the film. One of the negatives in the film must come from the length, with it clocking in around 1 hour and 20 minutes, which does make the finale rushed, unlike the enjoyable pacing we have for the first two-thirds of the movie.

Overall this is a horror that does rely on the atmosphere, which is almost a character by itself, and keeps us feeling uneasy for the most part, reflecting just how the village is making the new couple feel.

3 thoughts on “The Village in the Woods Review: An Atmospheric Tension Builder”