Still angry, but a little softer, Bill Burr takes on the hot topics of the world once again in his latest special, Paper Tiger.

Still angry, but a little softer, Bill Burr takes on the hot topics of the world once again in his latest special, Paper Tiger.

Bill Burr, unsurprisingly at this point, is angry. He’s angry about male feminists and the #MeToo movement and sex robots and having given his dangerous dog away. He’s angry about men taking baths and social media and outrage over able-bodied actors playing quadriplegics. He’s angry about London, which is where the latest outlet for this aggression, Bill Burr: Paper Tiger, was performed and filmed. The packed-out Royal Albert Hall is receptive to Burr’s anger, as his audiences have learned to be over the years — well, except for the one guy who reflexively heckles the comic about consent and inadvertently proves a point he hadn’t even got around to making yet.

The heckle — “Ask for consent!” — is a brilliantly idiotic response to the rhetorical question of how to approach women who like rough sex. It’s part of a bit about no meaning no — or perhaps meaning yes, depending on the context. That bit, like many others in Paper Tiger, isn’t particularly original, but it lands because of that. What’s valued in comedy now is the truth, and these days, the truth is mundane. Bill Burr is a rare contemporary comedian who just wants to tell it how it is. 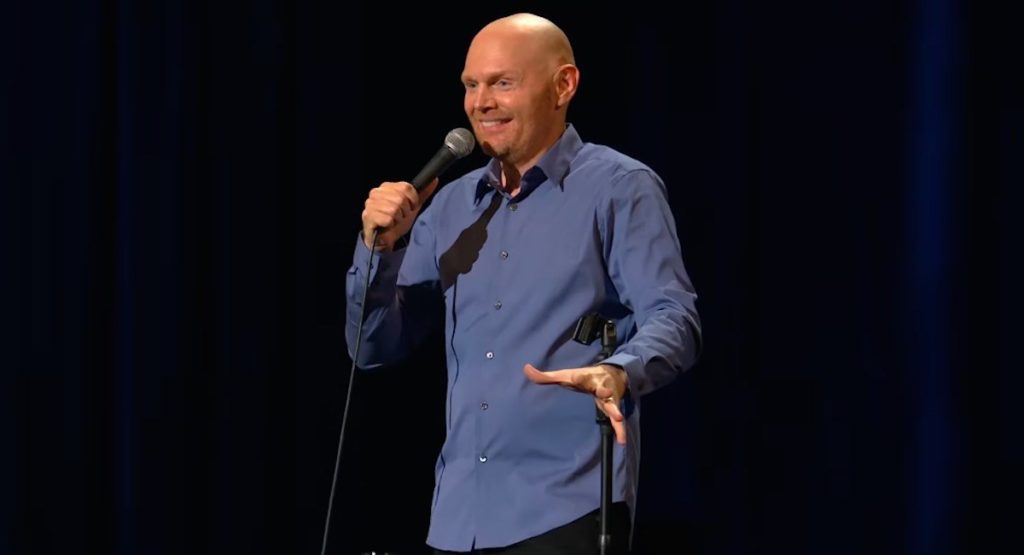 Another of those comedians is Dave Chappelle, whose latest Netflix special, Sticks & Stones, was predictably ravaged by mainstream critics (though not this one) who likened Chappelle to a Fox News pundit, thus entirely missing the point of what he was saying. Burr operates in similar territory; profoundly irritated by cheap hysteria and welcoming of the inevitable backlash that stems from reeling off hot-button issues and intentionally coming down on the “wrong” side of them. Bill Burr isn’t as insulated as Chappelle; cancel culture could conceivably catch up to him. But he’s just as likely to not care if it does. The cantankerous middle-aged Bostonian has made a career out of being annoyed by virtually everything — giving him more to be annoyed about is unlikely to halt his career.

Bill Burr: Paper Tiger is provocative, then, but only in a way that seems designed to weed out the people like that heckler, who aren’t interested in what he’s actually saying anyway. Eventually the special softens, as Burr himself has as a result of getting older and the birth of his daughter. It becomes about a man who is still vaguely irritated, but has finally learned — or at least is learning — to appreciate the things in life, like his wife and his child and his given-away crazy dog, that he loves. All he’s asking is that you don’t be a heckler, especially if you don’t even understand what you’re heckling. Seems fair to me.