A Confession Recap: The Long Night Out

Its basis in fact lends A Confession a compelling undercurrent of sadness and honesty as “Part One” gets the search for Sian O’Callaghan underway.

Its basis in fact lends A Confession a compelling undercurrent of sadness and honesty as “Part One” gets the search for Sian O’Callaghan underway.

This recap of A Confession Season 1, Episode 1, “Part One”, contains spoilers.

ITV dramas tend to be, if we’re being honest, a pale imitation of their BBC counterparts, much less the Golden Age output of the United States and international series’ currently reaching a newfound cultural prominence thanks to streaming platforms like Netflix. And at times the channel’s new six-part based-on-real-events series A Confession feels that way; some ropey shots and wooden acting in spots lend the series an amateurish quality you don’t tend to find in the primetime spots of other channels. But a riveting real-life plot and the inspired casting of Martin Freeman as the mild-mannered Detective Superintendent Steve Fulcher help “Part One” of this new series to feel immediately compelling. 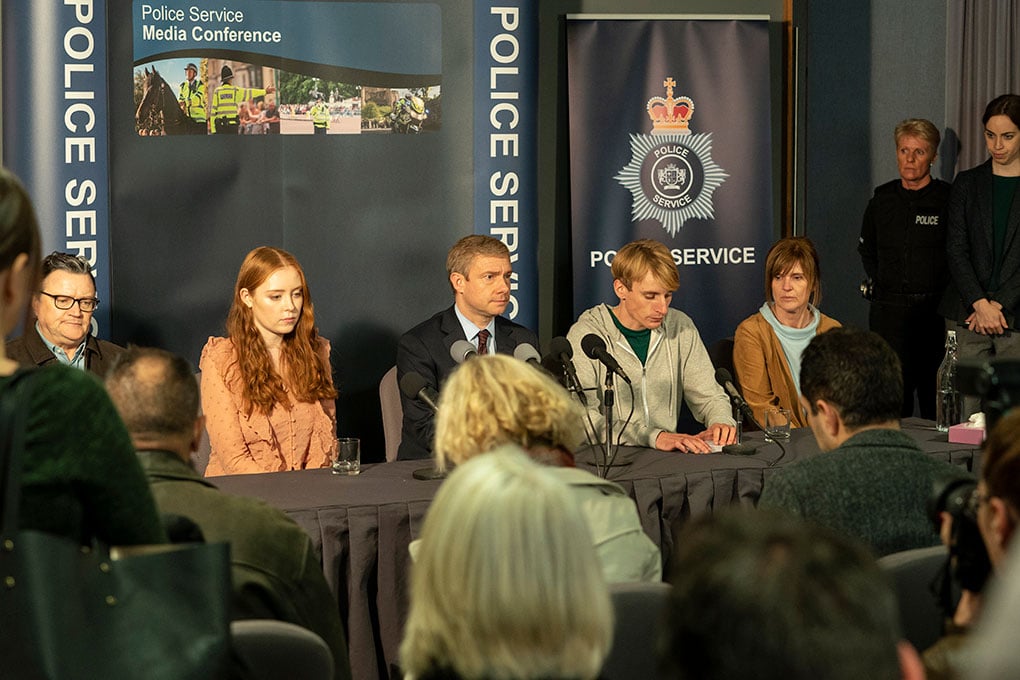 You see the cleverness of A Confession from the start, as we learn of a disappearance from the perspective of the victim’s mother, Elaine (Siobhan Finneran), father Mick (Ian Puleston-Davies), and boyfriend Kevin (Charlie Cooper). The gradual realization that Sian O’Callaghan isn’t just sleeping off a big night out in Swindon Old Town is handled with the kind of escalating terror it deserves.

It’s also handled with seriousness by the police, who immediately work on the assumption that she might still be alive, locating her mobile phone signal bouncing off a mast near Savernake Forest and organizing a search – with the help of social media – to comb the vast area for clues. It’s the usual stuff, but given an achingly real undertone by the material. Like ITV’s other fact-based procedural drama, Manhunt, which also starred an Englander in an almost perpetual state of bewilderment, A Confession isn’t intended to be full of twists and turns to surprise an audience; most of its audience already know how the case played out anyway. Instead it’s about the process of a large-scale investigation, how rules and regulations can impede on the careers of those involved, regardless of their achievements, and how the pain of loss can be felt by a nation, not just those closest to tragedy.