Top Boy Recap: Nothing Is The Same

This recap of Top Boy Episode 2, “Building Bridges”, contains spoilers. You can check out our thoughts on the previous episode by clicking these words.

For those wondering why Sully (Kane Robinson) was absent from the first episode of Netflix’s Top Boy, “Building Bridges” won’t keep you in suspense for long: He’s in prison, though he’s due for release in just a few days. One of the questions of Top Boy Episode 2 is whether he’ll be able to get out before he’s forced to do something that might extend his sentence; it shouldn’t come as much of a surprise to learn he takes matters into his own hands regardless.

As we learn that Aaron (Hope Ikpoku Jnr) has been stealing money from Jamie’s stash to fund his dates, we also learn that Ats’s mother is facing an immigration crisis; she’s visited by officials in “Burning Bridges” who tell her she has no legal right to be in the country, despite having lived there for eighteen years and being gainfully employed: “I work in ancillary services,” she says to the officer, who snootily replies, “So you’re a cleaner?”

London is also changing for Dushane (Ashley Walters) – or perhaps it is more accurate to say it has already changed and he just missed it. He’s shocked to learn the price of fancy-pants artisanal coffee and that people queue out of the door for it; he’s also shocked to learn that his diabetic mother is being regularly cared for by a pretty woman named Shelley (Little Simz) with whom, given this show’s history, he’s destined to strike up some kind of romantic relationship. Dushane’s relationship with his mum works in much the same way as Jamie’s relationship with his brothers – it serves to humanise him, to show that whatever illegal activities he’s involved in, he still has people he cares about and who care about him. 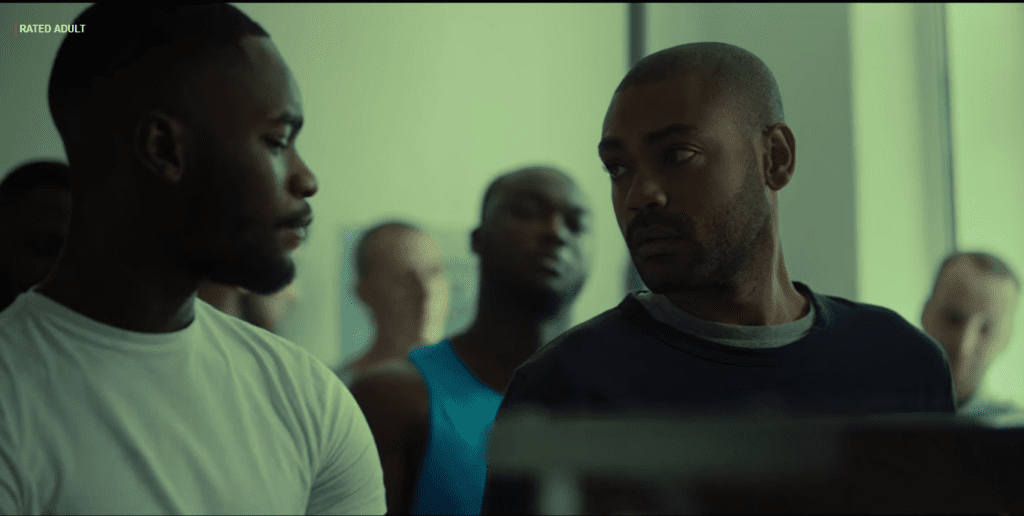 Speaking of Jaime (Micheal Ward), he agrees to take on 15 kilos a month from his new suppliers, but his incredibly public negotiations over how to move it take a sour turn. He’s more concerned with getting the number of Tilly, a nice-looking girl who works in the jewelers, since without the Turks to worry about he has a clear market advantage. The effects of the Turks’ death are felt on the streets, which in “Building Bridges” are presently drug-free. Dushane’s old associate Dris (Shone Romulus) and his team of youngsters – including the fiery, androgynous Jaq (Jasmine Jobson) – have little to do in the meantime. Jamie even makes it to Stefan’s parents’ evening, where he hilariously intimidates his sarcastic geography teacher, and to an idyllic local spot where he, Stefan and Aaron remember their mother on her birthday.

On the subject of mothers, Ats’s is sacked thanks to the change in her immigration status. In prison, Sully continues to be harassed, but using the old boiling water and sugar trick, along with his long-time criminal expertise, he’s able to disfigure his tormentor and get away with it. He emerges a free man, hooking up with Jason (Ricky Smarts) on the outside, looking older but not tidier, as Dushane ominously watches him leave.

In its final moments, Top Boy Episode 2 delivers a surprising tragedy: When Jaime goes to pick up Tilly, she’s caught in a drive-by shooting, taking a bullet meant for him.