Four friends caught in the poverty trap go to rob a large house and find themselves in deeper trouble. Billed as a “home invasion horror” from the pair who wrote and directed Dogged.

Four friends caught in the poverty trap go to rob a large house and find themselves in deeper trouble. Billed as a “home invasion horror” from the pair who wrote and directed Dogged.


Nefarious reminded me of From Dusk Till Dawn. Not because there are vampires, George Clooney or Salma Hayek, but because for a significant chunk of the film the viewer is wondering “where’s the horror I was promised?” But it’s there, waiting just around the bend, trust me: just like in From Dusk Till Dawn, you can sense there’s something coming, and then it’s there, not letting up until the end. That chunk at the start of the film is indeed significant: we get to know the characters, we develop some understanding for them and their world, and – just like them – we get the impression we’re going to see the end of the night with no bloodshed. Well, hmm, keep watching.

Darren (Buck Braithwaite), Lou (Nadia Lamin), Jo (Abbey Gillett) and Mas (Omari Lake-Pottinger) come to the joint realization they have had enough of just scraping by when an impossible debt is called in. One of them has heard there is loot to be found in her boss’s house, so they make plans to break in when the man of the house is out… and I’m not going to tell you the rest. 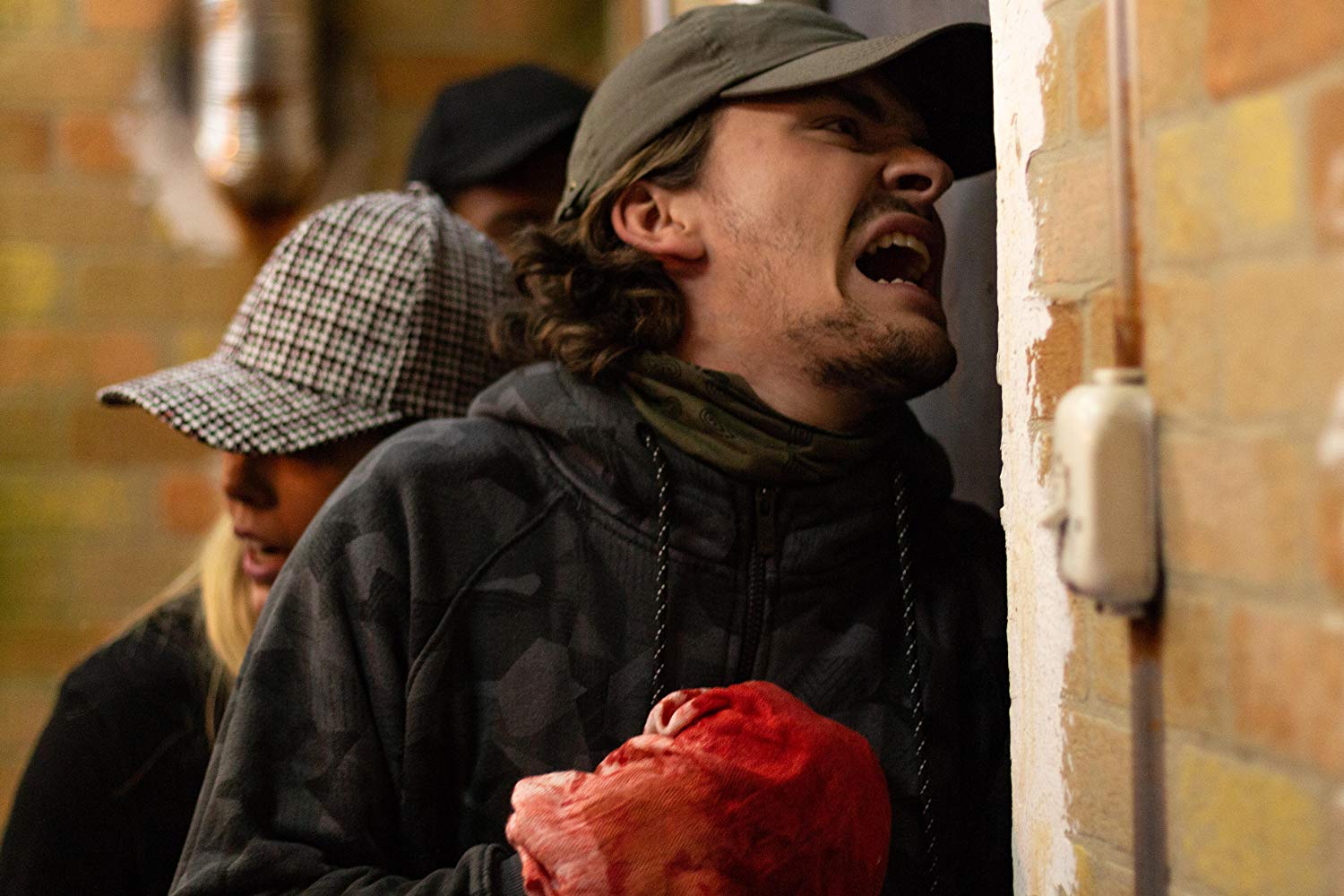 Richard Rowntree, as director and producer of Nefarious, has pulled off a brutal little success: the intention was to create a blood-and-guts film for horror aficionados from the good old home-invasion-gone-wrong scenario; with an extra layer of rich eating the poor, a la Society…. And he did it. Unlike Society, this is no body-horror comedy, though, but a nasty little thriller; with surprises, tension, torture, terrific practical effects, and even police interview clips. Somehow those surprises are shocking and extreme without being ludicrous; granted, it’s not a strictly believable story, but the viewer is drawn into events so well that it’s easy to accept what we see on the screen.

This isn’t because of the acting (the cast is well-chosen, but not brilliant), but the writing. Matthew Davies and Richard Rowntree have put together a very engaging script; one that I feel would have flourished with a stronger cast and bigger budget. The script has so much going on (in terms of both nuances and action) that it’s only afterward that you realize how little time has passed: it’s well under the ninety-minute mark. Actually, the cast who stood out were the two residents of the home being broken into: Marcus (Toby Wynn-Davies) the businessman and Clive (Gregory A Smith), his brother with (unspecified) learning disabilities. Not only were those parts played with care, but they also showed the strength of the writing, with the aspects to both men’s characters being revealed naturally as the film progresses. 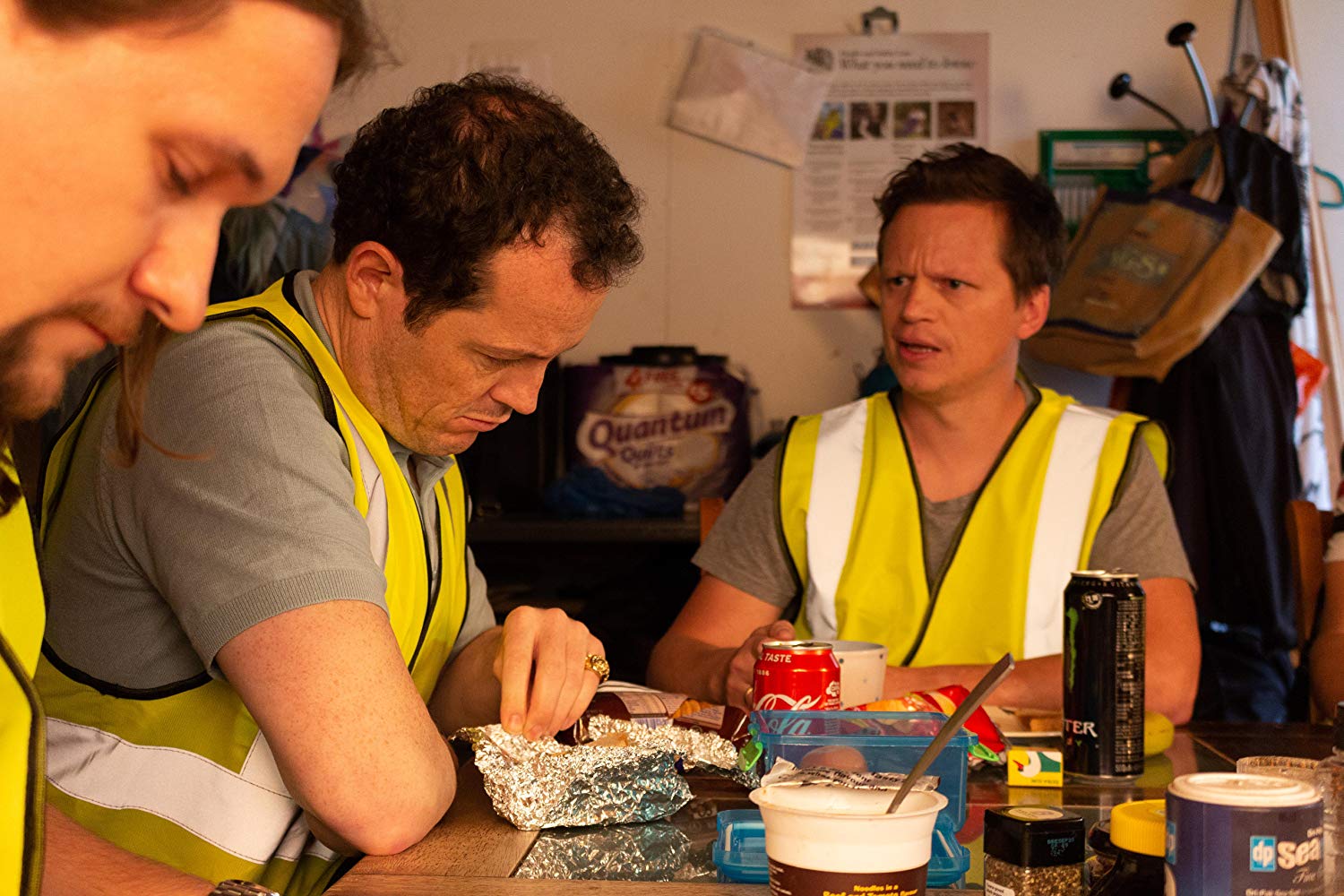 On a related note, I was very wary of a character with learning disabilities playing a major part: they can suffer equally from bullying and stereotypes in thrillers of varying kinds. But Clive had some character; his condition wasn’t just a plot device. And when it did become a plot device, it was a well-thought-out and logical one. There was very little that was condescending or simplistic about the writing of Clive’s character.

The other plus points were the music (both neatly applied score and original songs) and – oh yes – the gore effects. These two pulled Nefarious out from looking or sounding like a “low budget” horror. If the acting and cinematography were just a little sharper, Nefarious could have been much more memorable.

By the way, in the interests of full disclosure, I was a minor backer in the Kickstarter campaign for Nefarious. I had quite forgotten I was due to receive a copy at the end of its festival run when I sought out a review screener; so my reviewing the film has nothing to do with any (negligible) involvement.