Rambo: Last Blood is the most violent action film of the year and will please the fans of the franchise.

Rambo: Last Blood is the most violent action film of the year and will please the fans of the franchise.


Rambo: Last Blood is from director Adrian Grunberg (How I Spent My Summer Vacation) and brings back Sylvester Stallone (Rocky) to reprise his role as John Rambo, the character made famous from the 1982 movie First Blood before the franchise was reborn in the Rambo name. We also have starring roles for Yvette Monreal (Lowriders), Oscar Jaenada (The Losers), Sergio Peris-Mencheta (Life Itself) and Paz Vega (Spanglish).

Rambo: Last Blood starts in a very subdued manner with John Rambo (Stallone) living on a ranch with Maria (Barraza) and teenager Gabrielle (Monreal), whom he rescued years ago, raising her as if she was his own daughter. John has built a tunnel system under his ranch, which does give him flashbacks of his time in Vietnam and has always been prepared for the worst, keeping his violent side within. When Gabrielle heads to Mexico in search for her real father, searching for answers, she gets drugged and taken by the Martinez brothers Victor (Jaenada) and Hugo (Peris-Mencheta), who have been running a slave girl ring, keeping the girls captive, drugged and forced into sex. John doesn’t take Gabrielle’s disappearance well and goes in search for her, leading to him unleashing the beast inside him to get his revenge.

Rambo has been a franchise which started with a simple war veteran that struggled to return to civilization, before heading off to missions around the world, constantly looking for a place to redeem himself for his actions. In this story we finally see John look settled, accepting of his past, happy to be dealing with his own nightmares, which does make the story feel like a nice bookend to First Blood. When we dive more into the story, we get to see one man taking on a gang, in a one-man war. If we are honest, we don’t need the John Rambo name attached to get the same effect because we have seen the likes of Jean Claude Van-Damme do this style of stories for years now. We do however get a few throwbacks to John’s strengths, including the trademark bow and arrow, which became even more iconic after Gizmo from Gremlins used it to fight back. The story isn’t afraid to push the limits that many films with a similar plot would hold back on, too, which does make this story feel much darker than most. 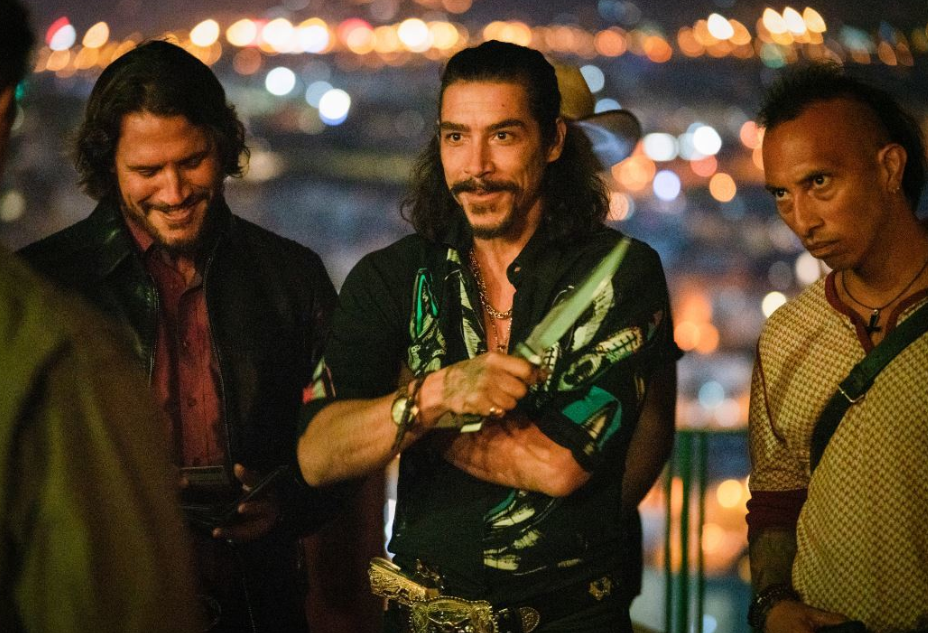 When we start looking at the performances in Rambo: Last Blood we must take into account that Sylvester Stallone is 73 years old, and much like how he did in Creed has brought a much-loved character back to the big screen in one of the better outings; even if he does bring his trademark mumbling to the role, he is the highlight of the film. When we start looking at the rest of the performances Oscar Jaenada and Sergio Peris-Mencheta both don’t do anything wrong, but do fill the Mexican gangster stereotypes. Paz Vega is the most wasted performance in the film, not because of what she does, but because the character does seem to get forgotten in the script at times.

Rambo: Last Blood will go down in memory because of the violence in the film, which is easily the most you will see this year in a pure action film, including plenty of traps, paying respect to First Blood, and a very large body count; the blood-soaked wounds will have members of the audience wincing. Overall this is one of the films that the fans of the franchise should be enjoying. It pays enough respect to the previous films without making it feel like a mockery that other franchise films with returning stars have been (I am talking to you, Terminator.) If this does end up being the last Rambo movie, it goes out in a blaze of glory.