The Politician Recap: Finding Enjoyment In Your Life

The Politician Season 1, Episode 6, “The Assassination of Payton Hobart” is a disaster for the character, as his world falls apart slowly.

The Politician Season 1, Episode 6, “The Assassination of Payton Hobart” is a disaster for the character, as his world falls apart slowly.


This recap of Netflix Series The Politician Season 1 Episode 6, “The Assassination of Payton Hobart” contains significant spoilers. You can read the recap of the previous episode by clicking these words.

Episode 6 brings us back to the main story after that sly filler — Astrid (Lucy Boynton) talks to Payton (Ben Platt) about the polls; Payton is convinced he has won, and he has, but only by default; Astrid reveals that she withdrew from the vote. He has an office with no meaning and no respect. Astrid played her last ace. This will surely hurt Payton’s pride.

“The Assassination of Payton Hobart” explores Infinity’s new life. She blackmails Ray and forces him to pay for her rent and living. Infinity’s Nana tries to visit her and rebuild, but Infinity highlights a theory; that her mother died from lead poisoning, and the Nana did it.

So Dusty is desperate, and in her desperation, she recruits Ricardo. She asks him to kill Payton as he is “splitting the family apart”. Infinity’s Nana confesses to killing Infinity’s mother to protect her. The Nana also admits it was good getting the “free stuff”.

Meanwhile, Payton’s reality is kicking in and believes he is falling into clinical depression. Georgina tells Payton to find some enjoyment in his life. Every time Payton tries to bring a motion to the School Board, he keeps getting denied. Due to his constant policy failures, Skye tells McAfee that they need to get rid of Payton.

We now have two people who want to remove Payton, but what makes the situation even worse is that one of the board members tells him that he actually lost the election by two votes and he only won because Astrid didn’t drop out. Payton’s pride is hurt even more. 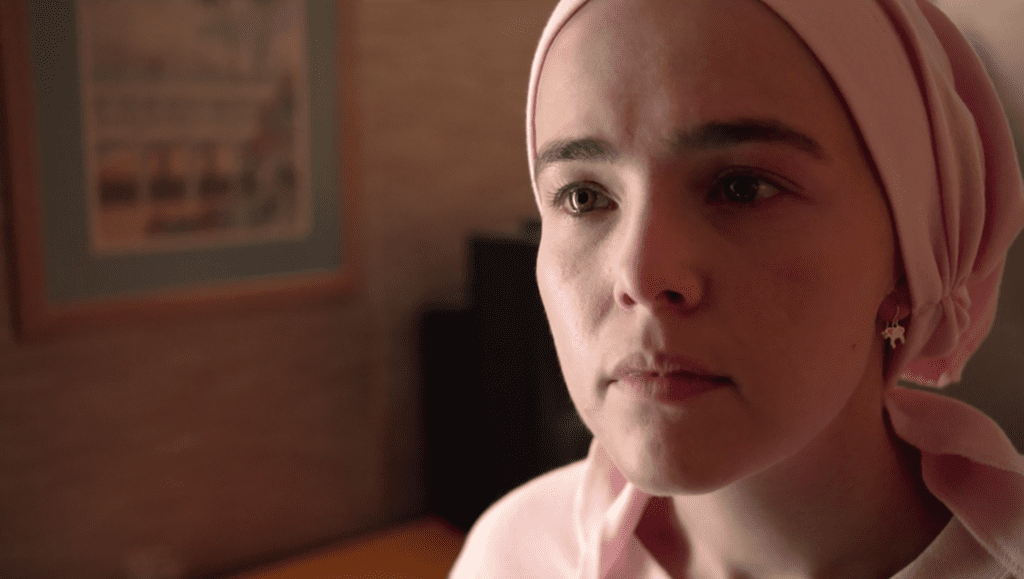 Due to feeling guilty, Payton takes Infinity out for dinner and apologizes. He asks Infinity if she will join him in the school show, to enjoy their last few months. Payton seems to have found a new aim in his school career, knowing full well his political career is stunted slightly.

Payton is also feeling paranoid and asks James and McAfee to sign non-disclosure agreements regarding the voting data and Infinity. McAfee kindly gives him a muffin, and he soon becomes ill. Payton believes there was an assassination attempt on him and compares it to Ronald Reagan. McAfee soon realizes Skye did poison Payton.

McAfee confronts Skye about the poisoned muffin. Skye denies the accusation and dumps her by saying coldly, “I know you are not a lesbian, you don’t know your way around a woman’s body”. Burn. In the next scene, Skye discards the rat poison as evidence.

Episode 6 sees Payton and Infinity impressing in rehearsals. After Ricardo plays around with his BB gun to Payton, and he shoots him with a few pellets. Later that day, Infinity’s Nana explains to Ricardo that she meant a real weapon, not a BB gun. But the dumbest character in the show surprises us; he soaked the pellets with possum bacteria, meaning Payton will get sepsis.

The Politician Season 1, Episode 6, “The Assassination of Payton Hobart” ends with Payton sweating in his fever, giving his mother Georgina the approval to leave with her girlfriend. As he stands up, he collapses.

You can read the recap of the seventh episode by clicking these words.