Raising Dion Season 1, Episode 2, “ISSUE #102: Fortress of Solitude” was a fair improvement from the opening chapter, as Dion learns more about his powers.

Raising Dion Season 1, Episode 2, “ISSUE #102: Fortress of Solitude” was a fair improvement from the opening chapter, as Dion learns more about his powers.


This recap of Netflix Series Raising Dion Season 1, Episode 2, “ISSUE #102: Fortress of Solitude” contains spoilers. You can read the recap of the previous episode by clicking these words.

Episode 2 starts with Nicole (Alisha Wainwright) wondering why her deceased husband Mark had Charlotte Tuck’s number in his jacket. He had the number before he saved her, and Nicole assumed that the two never knew each other. This goes in circles in her head, and she rings her trusted Pat, who takes it on himself to investigate Charlotte — Episode 2 establishes that Pat has zero chill.

“ISSUE #102: Fortress of Solitude” deals with two things; Nicole doing everything in her power to stop Dion from using his powers, while also preparing for a decent job interview set up by her concerned friend Kat. Before Nicole took the job interview, Dion ended up teleporting high up a tree. Yes, he can also teleport, which is not useful when his asthma medication is inside the house, and he is stuck. Luckily, Nicole had the tallest ladder ever — because you need an extra-tall ladder at a cabin next to a lake.

But to be fair, Episode 2 of Raising Dion is an improvement from the previous chapter. Nicole’s interview was “kind of” funny, watching the mother try and answer questions while witnessing her child wreck another office. It’s safe to say she did not get the job. 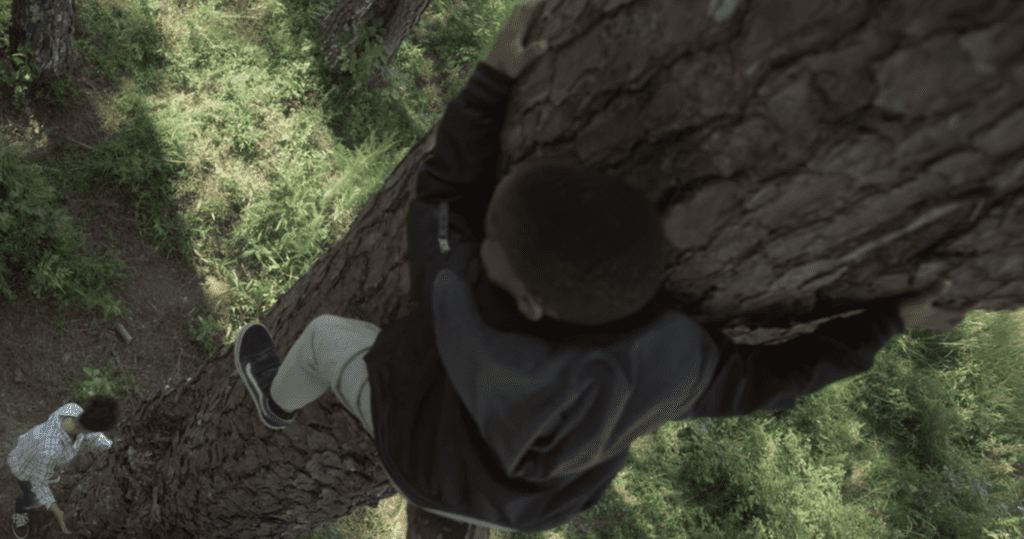 And then she proceeds to baby-proof the house to stop Dion from wrecking it even more, which raises eyebrows from her neighbour Tessa from across the hall, who suddenly wanted to be Nicole’s best friend.

Raising Dion Season 1, Episode 2, “ISSUE #102: Fortress of Solitude” closes with Pat dropping off Chinese food for Nicole. Apparently, she looked tired, and he wanted to help…

Anyway, as Nicole tells Pat about his zero chill, she agrees to let him in the house to discuss Charlotte even more. He viewed Mark as a close friend and wants to understand what happened before he died. I get his focus, but I can’t help but think that Mark wants to make a move on Nicole too. He’s a try-hard. Meanwhile, Dion sees a child drop their toy from his bedroom window, and teleports outside. As he picks up a toy, an incoming vehicle nearly runs him over, but he teleports straight into Nicole’s panicked arms. Pat knows, which is trouble because he’s a massive dork.

The Diary Of A Growing Superhero

You can read the recap of the third episode by clicking these words.