This recap of Netflix Series Raising Dion Season 1, Episode 3, “ISSUE #103: Watch Man” contains spoilers. You can read the recap of the previous episode by clicking these words.

I told y’all that Pat was a super dork. Episode 3 opens up with Pat (Jason Ritter) half-comforting Nicole over the near-death of her son, and half-geeking out of the endless possibilities of having a superhero in his midst. His years of micro-analysing comic books have come to fruition. He toys with the idea of becoming Dion’s mentor, which is half-heartedly shot down by Nicole. Pat gives Nicole some wise advice though; provide Dion with a tool to make him feel his powers are under control. The typical superhero asset.

Nicole embraces the entire “tool” idea, giving Dion his father’s watch. “ISSUE #103: Watch Man” sees Nicole trialing out the theory with Dion in a sweet store, and it works — Dion resists floating a Twix from the shelves into his grubby hands! Nicole is finally getting it.

With the Twix experiment proving a worthy test, Nicole approves Dion going back to school. Surprisingly, his school did not question his sudden return, but whatever. At school, a little s–t named Jonathan gets jealous of hearing about Dion’s father and the watch, so plays a trick on Dion to steal his tool. Dion is no longer in control of his powers and throws Jonathan into the wall. None of the kids understood what happened, but the evidently racist teacher Mr. Campbell tries to punish Dion and not Jonathan. 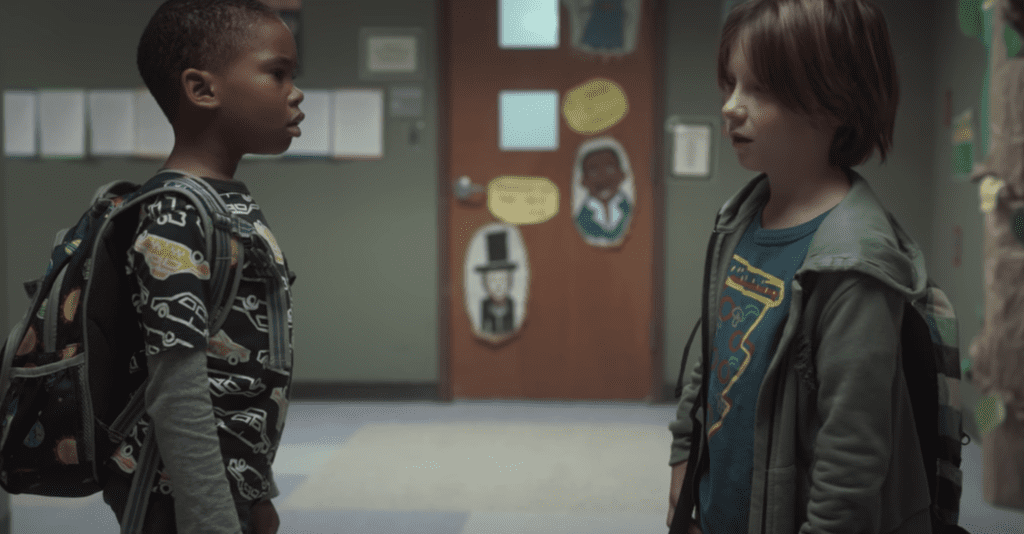 Now, I’m saying he is racist because up until this point, the side-story has mocked Nicole for placing her son into a majority white school. Her friends act like “she asked for it”, which is an absurd character approach.

Anyway, back to the recap; Episode 3 sees Nicole randomly volunteering at the school after getting a fast-track application to apply. She intervenes and tries to stop Mr. Campbell from only punishing her son — a seemingly eager Anthony Fry helps.

Finally, Charlotte Tuck calls back Nicole and acts all mysterious about meeting up. Nicole travels to a quiet spot and out of nowhere, Charlotte appears. She confirms that she did not have an affair with Mark and that she met him in Iceland for the Aurora — a one-time celestial event, where she believes that’s where her powers were gained. Charlotte confirms that Mark also had powers and was killed by the storm which has evil lurking inside.

Raising Dion Season 1, Episode 3, “ISSUE #103: Watch Man” concludes with Nicole offering her son Dion some wise advice about the super-white school she purposefully enrolled him into and warns him to be extra-careful because Mr. Campbell is not a good man. Nicole then receives a message from Charlotte with a video of a storm, and you can see the form of a monster inside it.

The Diary Of A Growing Superhero

You can read the recap of the fourth episode by clicking these words.