Lost in Space Season 2, Episode 4, “Scarecrow” is slightly predictable but it does move the story forward, revealing more about the Resolute.

Lost in Space Season 2, Episode 4, “Scarecrow” is slightly predictable but it does move the story forward, revealing more about the Resolute.

Episode 4, “Scarecrow” opens up the story further, giving us a glimpse of what the Resolute has been up to. It’s also a chapter where twists and turns are forthcoming.

It opens up showing us a flashback of the world ending — in the present day, Ben (JJ Feild) reveals the meteorite was not a natural disaster, it was an alien ship with a pilot. Ben reveals that the alien (named the Scarecrow) was flying the Resolute. Ben asks for Will’s assistance which is immediately rejected by John and Maureen. Hastings introduces himself and shows them both the remains of the alien ship — it needs another engine.

There’s a lot of “food for thought” in Episode 4, “Scarecrow”, but Maureen wants to distance herself from Ben and Hasting’s engine plans. John wonders why because Maureen has been studying the alien engine for months she seems fed up with the project and wants to ensure her children are safe. The family set off towards the planet where the Resolute survivors are. Penny has a copy of the book with the deadly seaweed inside.

When they arrive on the planet, Judy is keen to attend the medical team. She’s immediately reverted to a first-year intern and is not classed as a doctor, which irks her. When John and Victor reunite, Victor makes it known that there is not enough water for everyone and wonders why all of a sudden the Resolute can suddenly be repaired — John keeps his lips sealed. When Don reunites with his friends, Andre punches him and Eva accuses Don of being a deserter.

A pessimistic Judy joins John to head to the well site. Meanwhile, Will snoops around the ship looking for clues on his Robot. When Judy gets to the well site she is annoyed that no-one treats her like a doctor. John is immediately thrust into a mission — the water well is not producing all the water due to a blockage and they want him to go down to take a look.

Will continues to snoop around in Episode 4 giving the audience an inevitable story where we know he cannot let go of the Robot. Penny walks into Dr Smith who tries to relate with her — she wants an extra copy of Penny’s book. All of a sudden, Smith is arrested.

Judy speaks to Angela who has lost her wedding ring; they find it but it suddenly breaks apart — there’s something on the planet that is breaking apart certain elements: “Titanium doesn’t just fall apart”. A panicked Judy realises that John is in the well which could also be exposed. The well falls apart and John is trapped inside. 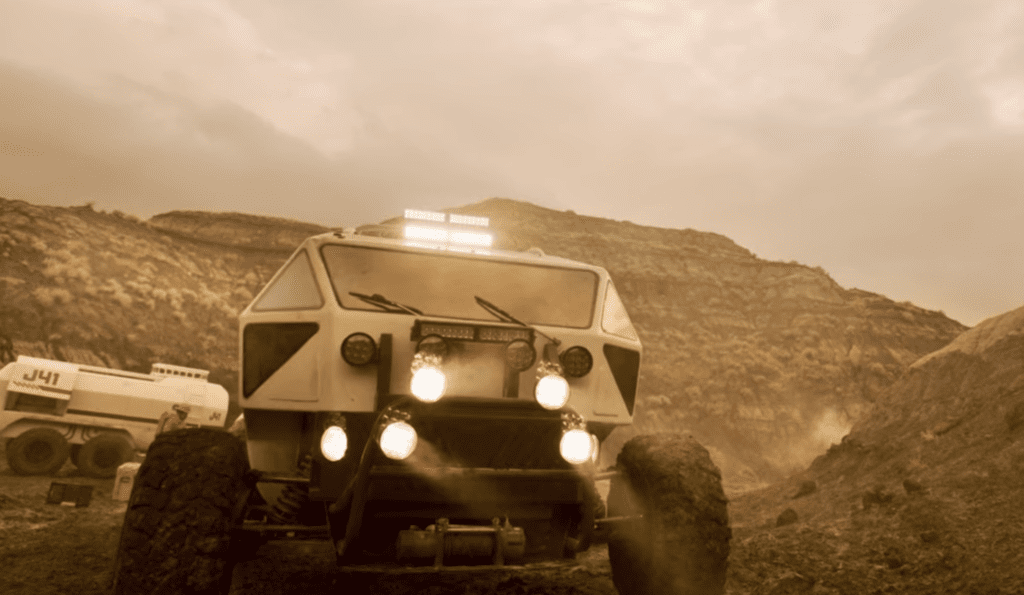 Back to the ship and Will overhears Ben and Hastings arguing about where to move the engine. Will slowly approaches the trapped robot. Ben watches and tells Will that the robot is not in any pain by injecting jolts into it — Will respectfully disagrees. Will says that he and the Robot were connected and claimed it had feelings. Will wants to try and connect to the robot that is trapped on the ship and Ben agrees with hesitation.

There is more drama and more problems! John tells Judy that the water tanker heading for the Jupiter needs to be stopped as it is contaminated and it may fall apart like the well and Angela’s ring. Don stops the Jupiter from flying away.

Back on the ship and Will tries communicating with the robot while Ben supervises. Will gives the robot a replacement arm, and the robot checks out the scars on Will’s arm. Will asks the robot if they could be friends but it gets aggressive just as Maureen enters the room and Ben puts the robot back in the cage. Maureen fumes at Ben and he apologizes but says, “we are running out of options here”. Will tells his mother that he could maybe make a difference.

As we near the end, Maureen takes Will to the engine room. Will speaks to the robot that is trapped — “But you don’t belong in a box”. Maureen and Will figure out that SAR and the Robot fought each other on this ship. Will gets a vision and he knows where his Robot is — it’s on the planet where they have taken refuge.

Lost in Space Season 2, Episode 4, “Scarecrow” closes by showing the Robot on the planet looking up at the sky.

The story is moving forward, but there is some predictability behind it.

1 thought on “Lost in Space Recap: The Engine Room”