Home » Streaming Service » Netflix » Lost in Space Recap: Nothing Is What It Seems

Lost in Space Recap: Nothing Is What It Seems

Lost in Space Season 2, Episode 3, “Echoes” involved a lot of plot-building that will likely benefit future chapters but it felt like a middling episode.

Lost in Space Season 2, Episode 3, “Echoes” involved a lot of plot-building that will likely benefit future chapters but it felt like a middling episode.

Episode 3 feels like a middling chapter for greater things to come. At the start, Maureen (Molly Parker) wakes up and she’s on edge. She walks slowly around the Jupiter. She notices a case is open and panics; a robot is about to attack Will, but then she wakes up — it was all a bad dream.

Maureen announces to the crew that they’ve made it to the Resolute. She does wonder why it has not continued its journey to their new home. Preparing for boarding, Maureen arrests Dr. Smith. Flashbacks reveal that Smith cosigned loan money in her mother’s name despite her sister’s protests.

The family board the Resolute — Don stays behind as he is still recovering. Dr. Smith is suddenly not in handcuffs and she speaks to Don about being partners. When the family walks through the Resolute, they realize immediately that something is not right. Maureen investigates further — the last recording on the ship was 7 months ago. A free Dr. Smith creates a fire on the Resolute which forces parts of the ship to go into shutdown mode. She changes the identity of the real Dr. Smith on the system to her; with a new photo and a new occupation: “Therapist”, Dr. Zoe Smith.

The only problem with this is that the Robinson family will surely tell the authorities the truth.

Judy finds a little girl on the ship called Samantha who says she is alone and that a “monster” was the reason why everyone evacuated. At the same time, Don finds the briefcase with the robot arm and Will asks if the cables were moving. Maureen reckons SAR is on the ship. They also learn that Dr. Smith is on the loose, but disregard it as a non-issue. Will wonders if his Robot is on the ship.

With danger lurking, Will and Penny are told to hide in the dining room but something is heading towards them. Don is usefully using binoculars to see what is happening from above. Will and Penny learn it is a horse, that walks casually into the dining room. Meanwhile, Judy and Samantha are in the ventilation system — they are trying to keep quiet as they can see something. 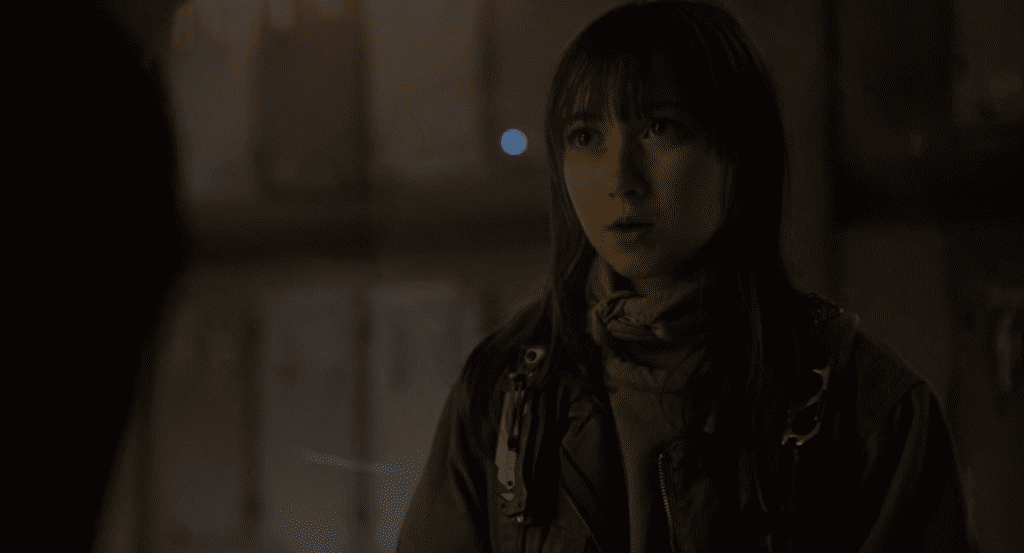 Dr. Smith is still tampering with systems in Episode 3, “Echoes”; she takes the blood off the real Zachary Smith who is in cryo-sleep. Flashbacks reveal her sister confronting her about an investment banker that is dead; Smith pretended to be that banker and continued doing business. Back in the present, Smith deletes all the criminal evidence against the database.

As we near the end in Episode 3, “Echoes”, all the lights turn off on the Resolute. Don can see something moving through the ship and Penny tries her best to calm the horse down. They believe that the SAR is heading to the dining room but when they see the robot-like-figure, they don’t think it is SAR. The robot crawls on the dining room floor and John sings to distract it away from his children. John and Maureen run away from the robot and hide, managing to lock it away in another room.

The Robinson family reunites. Judy tells Will that at some point, his Robot was on the Resolute. Will wants to search for clues.

Another ship attaches itself to the Resolute and John is excited to see more survivors. It’s Ben Adler and his Operation Unit. He tells the family that they have taken refuge on another planet.

Lost in Space Season 2, Episode 3, “Echoes” closes with Mauree and John speaking to Ben privately. Ben reveals that the robot they saw was on the Resolute the whole time — they are called Scarecrows. He asks if they want to see what is in the “authorized access” room.

1 thought on “Lost in Space Recap: Nothing Is What It Seems”