FBI: Most Wanted is basic, solidly-cast procedural comfort food, but also something of a step down from the show it spins off from.

FBI: Most Wanted is basic, solidly-cast procedural comfort food, but also something of a step down from the show it spins off from.


This review of FBI: Most Wanted is based on the first two episodes, “Dopesick” and “Defender”. Weekly recaps will continue henceforth.

Since the crack squad of specialists whose job is to hunt down targets on the FBI Most Wanted list was introduced in a backdoor pilot during a spring episode of Dick Wolf’s FBI, this new weekly CBS spin-off should come as no surprise to anyone paying attention. Equally unsurprising is its quality, which is… basically fine. There’s absolutely a market for simplistic procedural comfort food on network television, and FBI: Most Wanted serves it with efficiency, but it also feels like a bit of a step down from its parent show.

Part of that is because it’s more thinly-spread; while FBI has a full office full of regularly-appearing agents with specific roles and personalities, it’s mostly about the dynamic between Maggie and OA. Conversely, the Fugitive Task Force concerns not just its frontman Special Agent Jess LaCroix (Julian McMahon), but also Clinton Skye (Nathaniel Arcand), hothead Ken Crosby (Kellan Lutz), and second-in-command Sheryll Barnes (Roxy Sternberg). Each member has their own assortment of personal problems to deal with — LaCroix’s wife died in Afghanistan and he’s raising their daughter Tali (YaYa Gosselin) alone; Crosby has anger management issues; Sheryll has her own daughter at home. And so on, and so forth. 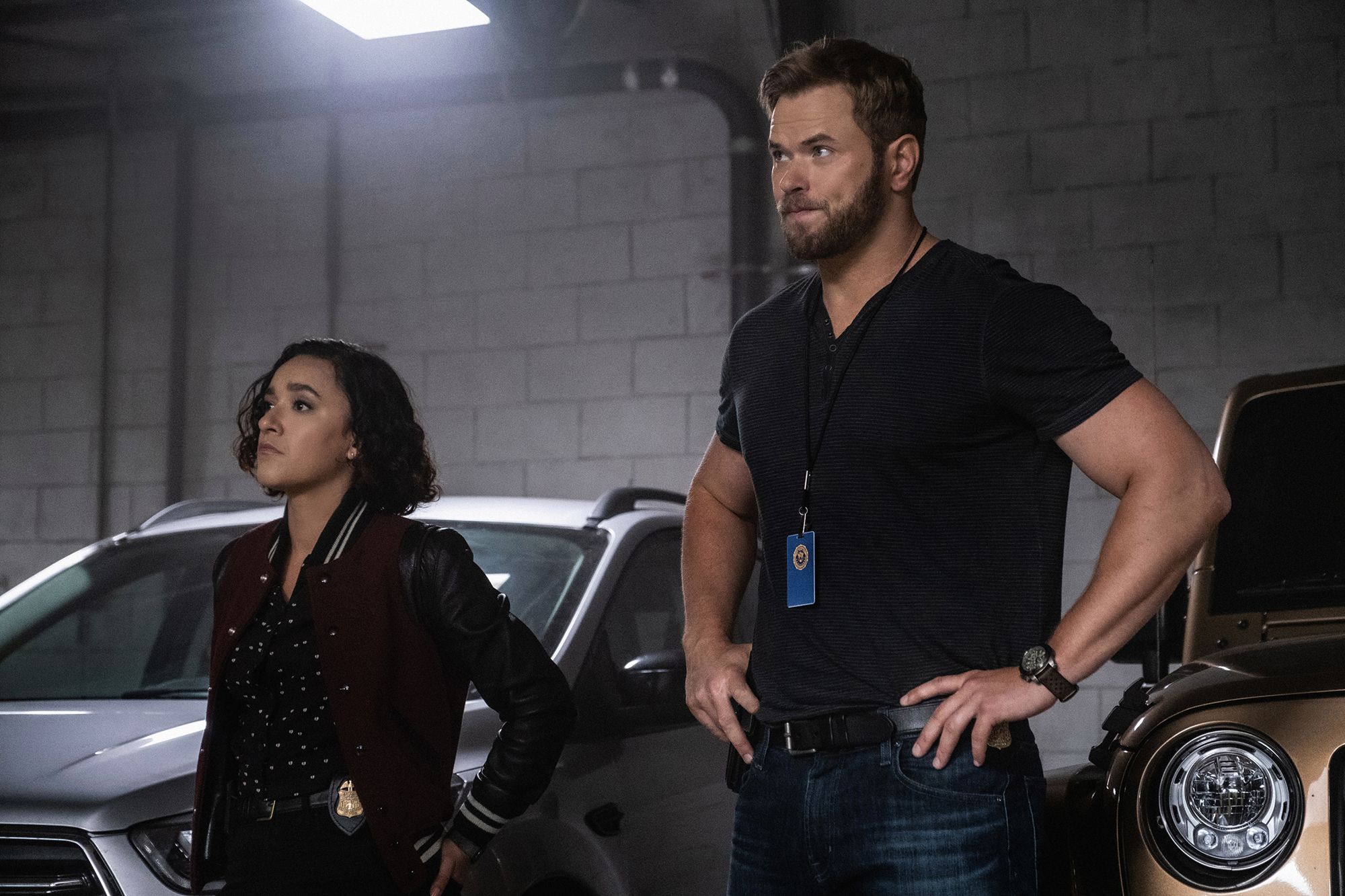 As is the way of any decent procedural, these personal backstories are only dealt with in brief asides and through odd snippets of dialogue while the bulk of the show’s energy is spent on tracking down bad guys. The formula is instantly recognizable — a crime happens, and the team moves from one lead to the next, helped along either by witnesses or deus evidence machina that springs out of nowhere and shunts the episode’s plot along. Sometimes the writing and acting will be passable; sometimes it won’t. By the end, the offender will have been killed or captured, their name struck off the Most Wanted list, and the cycle will continue, conceivably forever.

There’s nothing much wrong with this, some corny and/or silly elements notwithstanding, but there’s virtually nothing else about FBI: Most Wanted that helps it to stand out; not its characters, its cases, or any of its formal components, which adhere pretty unswervingly to the standard case-of-the-week format with no suggestions that’ll ever change. But I like the cast and the idea has legs, hopefully offering up a decent range of cases that’ll keep us entertained while we get to know the team and their various personal hang-ups. It’s nothing new, but it does what it says on the tin. Can’t argue with that.

1 thought on “FBI: Most Wanted review – simple procedural pleasures in this spin-off from Dick Wolf’s FBI”