Brahms: The Boy II review – the sequel nobody expected

Brahms: The Boy II is the sequel nobody expected and ends up being an improvement on the original.

Brahms: The Boy II is the sequel nobody expected and ends up being an improvement on the original.


Brahms: The Boy II see the return of both director William Brent Bell and writer Stacey Menear, as they are joined by a new cast that includes Katie Holmes (Batman Begins), Owain Yeoman (American Sniper) and Christopher Convery (The Girl in the Spider’s Web) as we follow a new family that moves into Heelshire Mansion.

Brahms: The Boy II follows a family, mother Liza (Holmes), husband Sean (Yeoman), and son Jude (Convery), who have experienced a burglary gone wrong and look to try and rebuild after the trauma of the events leave Jude as a mute and Liza suffering nightmares about what happened. The house is one of the guesthouses on the same land as the Heelshire Mansion, and Jude discovers the Brahms doll, bringing it back to the house, with the parents seeing it as a chance for him to heal in his own way. When Jude gets more attached to the doll, it becomes clear the change in him, only the parents don’t know whether it is helping or not until they learn the truth behind the sinister doll. 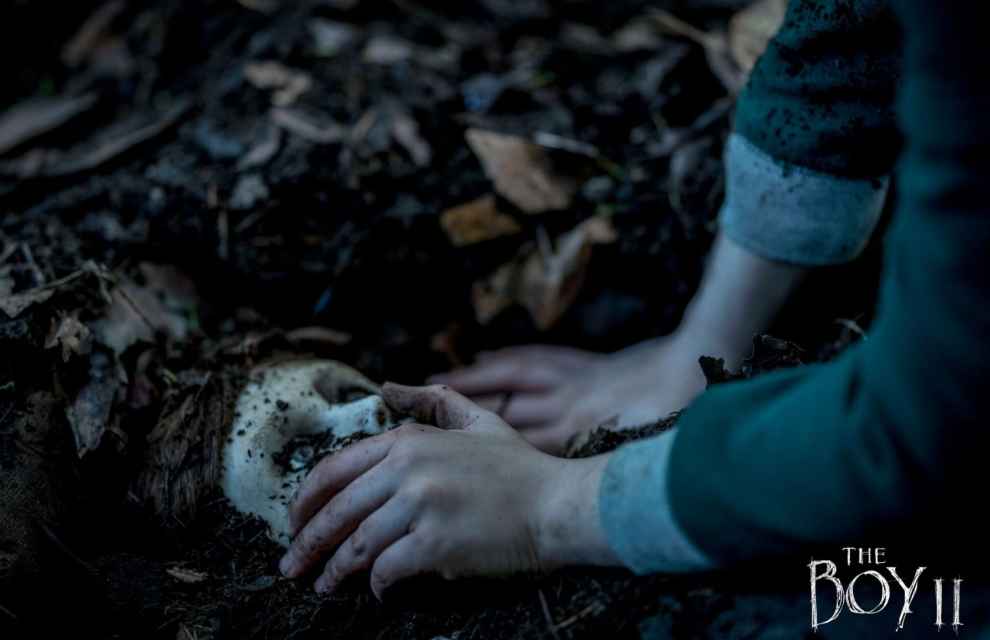 Brahms: The Boy II follows up the original The Boy starring Lauren Cohan (The Walking Dead) with a trailer that only went against everything we saw in the first film. Now, this could have just been a decoy or an attempt to cash-in on the creepy doll era of horror we are going through, with the likes of the Annabelle franchise finally going strong, the multiple versions of Chucky out there, and even Puppet Master trying to make a return. Brahms: The Boy II does change the game created in the first film, which if we are honest has a much lighter tone for the first two thirds, with the babysitting job being set around the idea of looking after a doll, which might have seemed odd but offered up a romantic storyline for somebody who thought they hit the jackpot of easy jobs. This time we get a family who have experienced a trauma, needing to try and fix the aftermath between them, which is easily the best part of the film because it offers up a couple of potential paths the story could go down, be it Liza’s head injury causing more reaction or Jude just wanting something new to communicate with. This is where the problem lies: the story sets up a couple of potential endings which could be interesting and surprising but instead decides to try and cash in on something bigger, which changes everything we learned in the first film to give us a more franchise-ready story which doesn’t get close to the quality in the other aforementioned doll-centric movies.

Brahms: The Boy II shows that Katie Holmes is returning to the horror genre and along with Christopher Convery being very creepy are the best two performances in the film. Like most horror films the husband or father just doesn’t get enough to do other than being the good guy in arguments or not there when something creepy or scary happens. We do have one of the most annoying evil kids in any film, with limited screen time; you would just want to punch the kid for his actions.

Brahms: The Boy II is a horror that does give us the jump scares we are expecting, though we know when they will happen, without giving us enough suspense beforehand. The film attempts to give us a bigger mystery, which goes against what we learned, ending up getting the generic research scene which starts simple and only gets more in-depth as the film goes on, be it on the computer or through hearing stories, which only seems to make the original The Boy movie feel like an opening sequence to this one.

Overall Brahms: The Boy II is a generic horror mystery that is clearly trying to make itself into a franchise to try and compete with an Annabelle, only it decides to spin everything the first film had on its head and leave us all scratching our own heads in turn, largely with the reaction of why did we even watch the first film when we could have just started with this one.