Home Before Dark Season 1, Episode 1, “Magic Hour” introduces to the audience a young, fiery journalist trying to uncover the truth.

Home Before Dark Season 1, Episode 1, “Magic Hour” introduces to the audience a young, fiery journalist trying to uncover the truth.

Home Before Dark Season 1, Episode 1, “Magic Hour” opens with the young Hilde narrating how she has always been a journalist since a very young age and vows for the truth. The purpose of the opening is to show how uncanny it is for such a young girl to be an investigative journalist. When her family move out of Brooklyn to Erie Harbor, she’s already suspicious about the town — her father Matt wants Hilde to enjoy the new place after he was recently dismissed from his last journalist job.

But as Episode 1 proves, Hilde cannot help herself.

During the night in the new house, Hilda sees a car in the distance parked outside and investigates. The car then drives off. The next morning, she brings it up at breakfast and Hilda thinks it was an undercover cop car.

But with a new town, it brings a new scooter and a new area to explore. Hilde passes a yard sale and a woman named Penny Gillis welcomes her to the town and claims she is friends with Hilde’s father — she’s surprised he has returned to the town adding a new layer of mystery to the story. Hilde tells her father about Penny and that she left something out on the lawn for him — it’s an old bike. Matt experiences a flashback of enjoying biking with his friends.

And we learn more of Hilde’s investigative skills in “Magic Hour”. At night, she investigates a police commotion outside — there’s been a death and it’s Penny. The police tell Hilde that it was an accident but also looked irked when they learn she is Matt’s daughter. Hilde then goes around the town asking questions and then writes an article on “The Magic Hour Chronicles”, where she suggests there is a murder.

The one thing that bugs me very early on about Home Before Dark is how a child is allowed to easily leave the house in the middle of the night. 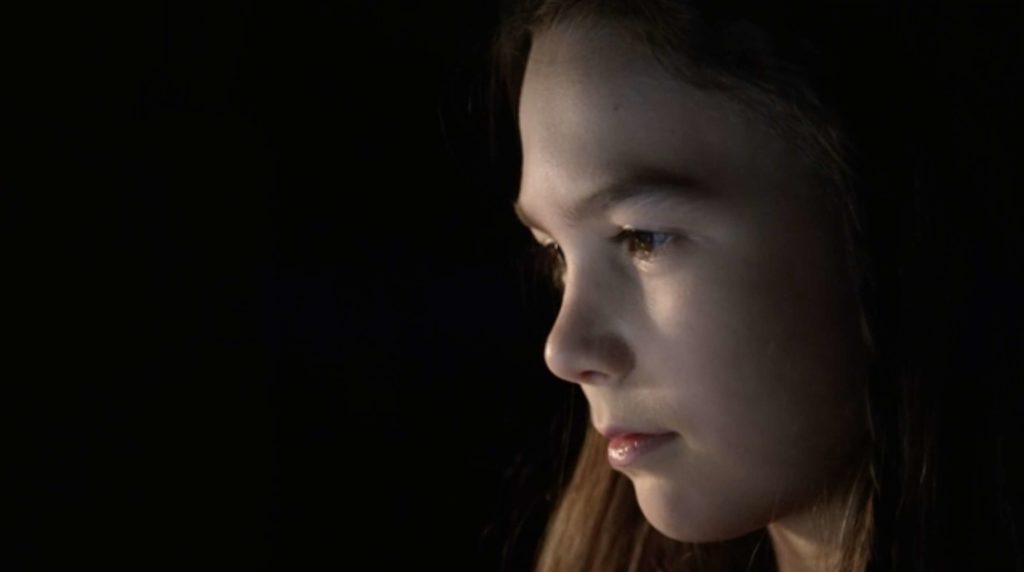 Hilde’s article has caused ramifications in the community and her father gets angry, asking her why she cannot just be a kid for once. She hugs him and says “I know you didn’t mean it”, which suggests that the character has a high emotional intelligence for her age. At school, everyone’s eyes are on Hilde and it’s impacting her slightly.

But she just does not stop. Hilde goes to the police station (where are the teachers and parents?) and requests a police report on Penny. She manages to get a file. The police admin officer tells Hilde a true story about a boy called Ritchie that was murdered in the town — he was Penny’s brother and she encourages Hilde to keep digging.

Later on, Hilde sees a lot of mean comments printed off from her article. Her father originally explained she had no comments but in truth, he turned them off which upsets Hilde. At school the next day at dinner, she stands on a table and reads out the mean comments — Donny and her sister Izzy stand with her in a moment of empowerment. This spurs on a food fight.

In the next scene, Principal Collins gets Hilde a change of clothes from her cars — Hilde goes through her things and finds a necklace and money.

Home Before Dark Season 1, Episode 1, “Magic Hour” ends with Matt trying to enter an old safe — he clearly has secrets of his own. Hilde play an old VHS from the police station of the moment when Ritchie was kidnapped — one of the boys nearly kidnapped was her father. Hilde then tells her father that she is going to continue looking into Penny’s case and she thinks he does not want her to stop.

Episode 1 is essentially a little cheeky kid doing whatever the hell she wants and it is kind of entertaining.