Mystic Pop-Up Bar episode 5 deals with grievance and regrets in another imaginative and adventurous chapter.

Mystic Pop-Up Bar episode 5 deals with grievance and regrets in another imaginative and adventurous chapter.

Episode 5 begins with Han Kang Bae waking up and still recovering from the events of the last chapter — Weol-ju makes him soup. He recognises that this is the first time in a long time that someone has cooked for him so he’s a little emotional. The next day, at work, Han Kang Bae’s colleagues tell him to enter a couple’s dance contest to win a 2 million won meal because apparently, he’s the fittest physically. Weol-ju tells him to partner with Kang Yeo-rin because she isn’t susceptible to his powers. Meanwhile, Death has somewhere to be and asks Weol-ju and Guibanjang if they can find a wandering spirit. Death says it will help Weol-ju’s numbers so it is a win/win. Guibanjang stalks a man that the wandering spirit is following.

The man who Guibanjang was stalking enters the Mystic Pop-Up Bar and enjoys the dumplings, stating they remind them of his wife who battled with an illness. Weol-ju asks Han Kang Bae to use his powers on the man but it doesn’t work. Han Kang Bae queries if the wandering spirit doesn’t attach to the man but to his house. Guibanjang checks out the house but cannot find it. As he walks off, unbeknown to Guibanjang, the spirit floats outside the house window. Guibanjang suggests putting the man under proper surveillance. Mystic Pop-Up Bar episode 5 deals with a stubborn spirit, refusing to leave the real world.

Mystic Pop-Up Bar episode 5 goes full action. On the bus, they see the wandering spirit has taken hold of another body, and Weol-ju and Guibanjang chase after the spirit. Guibanjang fights the spirit and manages to defeat it, turning it into a ball. Weol-ju is impressed but states being a cop must be hard. Weol-ju still wants to follow the man back to the apartment, doubting whether this is the wandering spirit they are after. She finds it at the man’s office and tries talking to it, saying she can help settle her grudge. Unfortunately, one of the staff members in the office scares the wandering spirit off.

Will you be my dance partner?

Mystic Pop-Up Bar episode 5 plods along with the potential romance brewing with Han Kang Bae and Kang Yeo-rin. He asks her if she’d like to partner with him at the couple’s dance; she states she feels uncomfortable because he’s a part of the CIA (which we know is not true). Han Kang Bae foolishly tells her she is special to him because she feels nothing when he touches her. After getting rejected, his colleagues give Han Kang Bae advice on confidence. Han Kang Bae has a coffee with Kang Yeo-rin and tells her he is more comfortable around animals than humans — she smiles slightly; she’s clearly starting to like him.

Meanwhile, Weol-ju feels sorry for the wandering spirit, knowing it doesn’t want to leave the person she loves in the real world. Guibanjang says he feels more sorry for Oh Sang-gun (the man the wandering spirit is following) since he’s the one left behind. Han Kang Bae explains what he said to Kang Yeo-rin and Guibanjang tells him he should tell her that she’s “the person he needs”. Weol-ju experiences a memory when the prince told her the same thing and enters a daze. 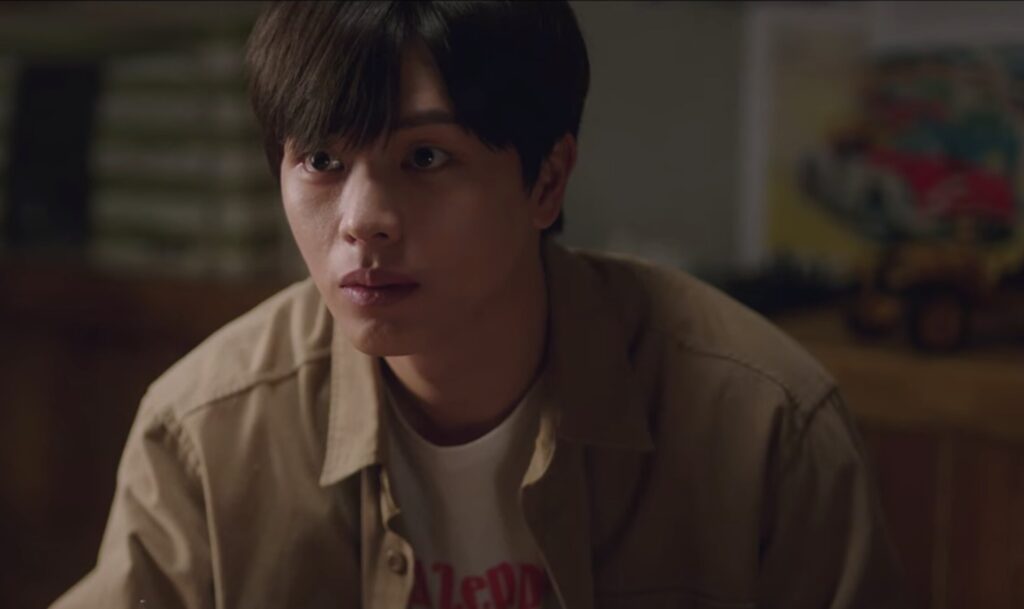 At work, Oh Sang-gun makes an honest mistake and his boss tells him to resign with a severance package. Oh Sang-gun tries insisting that he’s just fatigued and doesn’t want to leave. His boss states he’s been weird since his wife died. Oh Sang-gun does not believe that his wife has died and leaves the office experiencing traumatic flashbacks. When he returns home, he eats dumplings — he suddenly cries loudly and the wandering spirit (his wife) cries watching him. Guibanjang brings the wandering spirit to the Mystic Pop-Bar and reminds her if she doesn’t leave the real world, she won’t get a favorable ruling in the afterlife.

Han Kang Bae, Guibanjang, and Weol-ju enter Oh Sang-gun’s dream world. The wife tells him this is their last moment together. Oh Sang-gun blames her death on himself. The wife insists it isn’t his fault and he should get treatment. Oh Sang-gun tells his wife that he loves her and they embrace.

Oh Sang-gun heads to the Mystic Pop-Up Bar for some dumplings and discusses his future plans and admits his wife is not alive. Weol-ju is now at the number 999,995 — five more to go. When Oh Sang-gun leaves the bar, the wife tells Weol-ju that she can tell she is lonely behind the toughness. Weol-ju remembers the prince again — she regrets leaving him behind. Mystic Pop-Up Bar episode 5 deals with grievance and regrets in another imaginative and adventurous chapter. What is clear, is that Weol-ju feels a weight of regret about her past.