Joe Thomas proves himself a dominant threat for the men, as the women remain much more competitive.

Joe Thomas proves himself a dominant threat for the men, as the women remain much more competitive.


This recap of The Titan Games season 2, episode 2 contains spoilers. You can check out our thoughts on the previous episode by clicking these words.

We’re back, and in a much more manageable 45-minute format, which makes for a pacier installment of Dwayne Johnson’s super-athlete shindig. Two more men and two more women compete for dominance, with some surprising — and some not-so-surprising — results.

Introducing Michael Hewitt, a pro opera singer who got bullied as a kid for being fat — he’d like to disprove some myths about both opera and fat kids, but he has his work cut out against Kaleb Redden, a doctor and Chris Hemsworth lookalike — his Doc Thor nickname writes itself — who has a son fittingly named Tytan. Admittedly it’s easy to hope he loses after naming his kid something like that, but he has other ideas.

In Chain Linked, the first game, Kaleb wins pretty comfortably. But in a great moment, he cheers Mike on to finish, so it’s suddenly impossible to dislike him. Very mixed emotions already in The Titan Games season 2, episode 2.

We move on to the women: Dani Speegle, who is comprised almost entirely of quadriceps, and got into fitness after a bad relationship — now she’s a popular social media influencer. Her opponent is Nadi Carey, a basketball referee. Their first game, Nuts and Bolts, proves a pretty essential difference between them since Dani is unfeasibly powerful and wins with a pure strength advantage. 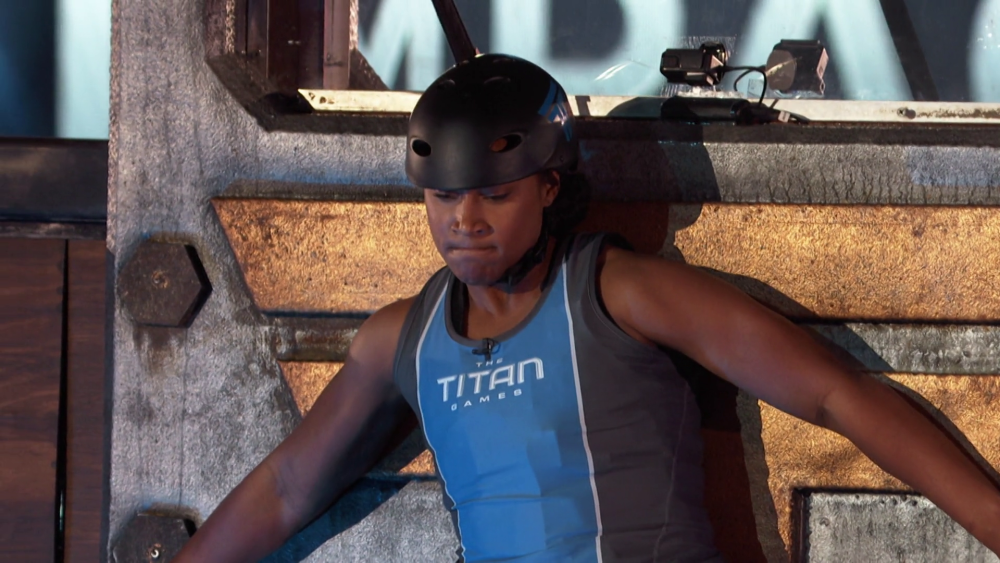 When the same two women tackle Lunar Impact, though, we get some major drama. Dani, more squat and powerful, gets an early lead, and Nadi gives up some ground in the hope she tires. Just a few feet from the edge Dani seems to fade a little, and Nadi starts pushing back in a big way. This is the kind of proper built-in excitement that you only really get from sports; it’s obviously edited in a particular way, but it’s really organic drama. Dani, though, gets a second wind and pushes back, taking the series 2-0.

Doc Thor also sweeps his battle with Opera Man, handily beating him at Kick Out. That means Doc Thor has the unenviable task of battling Joe Thomas on Mount Olympus. He gives a good account of himself, taking an early lead, but Joe’s confident expertise with the ball and chain secure him the win again. Who’s going to beat this guy?

And then it’s Dani and Chantae. Mount Olympus seems much better suited to Chantae’s frame and skillset, but her overconfidence costs her — she makes a major error and never recovers from it, losing clearly to Dani, who becomes the new Central Women’s Titan. Chantae is salty about the loss, claiming that it was her own mistake that cost her; she wasn’t beaten by a better athlete. That may very well be true, but we’ll have to wait until the regional finals to find out.

With emotions running high, The Titan Games season 2, episode 2 closes out with a changing of the guard, as a seemingly unbeatable Joe Thomas continues to loom large over the male competitors.