I wish we could use clichés like they don’t make movies like Survive the Night anymore, but that’s sadly not the case. It is as if Bruce Willis binged a bunch of John Travolta’s bullsh*t film the last year and then told his agent, “F*ck this, hold my beer.” His latest is a thriller that’s so unsure that the majority of the film is spent in daylight. It’s astutely unpleasant, unnecessary, uninspiring, and uninteresting. I honestly cannot tell anymore who’s career choices are worse in the past five years, but it’s anyone’s game right now.

The basic premise of Survive the Night is seen in countless films, but the execution comes across more as a table read or a walkthrough. A former doctor, Rich (One Tree Hill’s Chad Michael Murray), lost his faith in his profession, his marriage to his wife Jan (Lydia Hall) is on thin ice, and his relationship with his father is rocky at best. Just before they all call it a night, two brothers (Shea Buckner, Tyler Jon Olsen) take the entire house hostage after following the excellent doc home from his clinic because one of the brothers suffered a gunshot to the leg after attempting to rob a gas station. 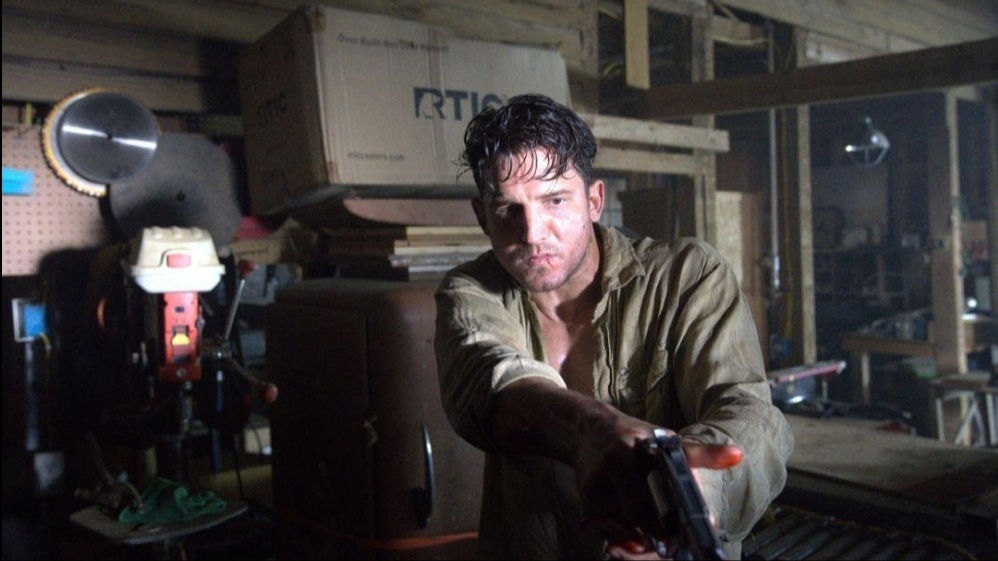 Survive the Night was helmed by director Matt Eskandari and shockingly, this is the second feature in a row that Willis decided to put his career in his hands. Their last film, Trauma Center, was “trash cinema” at its worst, but may be at its finest too. At least that “thriller” isn’t walking around comatose with absolutely no personality other than let’s shoot or kill someone without going through a couple of different options first. Even a mild plot point of why wouldn’t the shooters just jump Rich in the clinic parking lot since, you know, there are actual medical supplies there in the building. The house, though, I guess, may have a dose of cinematic tension hidden there with Willis, but they never come close to finding it.

The other key point is the script’s lack of clear focus on the relationships that should shape the story and build tension. These subplots in these films can only help any suspense build when the stakes of life and death are high. However, they are muddled here and not apparent to the viewer what is causing this much riff and seems to be a pointless exercise.

Survive the Night shouldn’t be graded on a curve since it’s not shooting for the moon but should be held to a higher standard because it’s attempting to sell a defective product to its audience, which is the point of this whole exercise. Its demeanor is unpleasant; its actions are unnecessary; the performances are uninspiring, and the overall story is uninteresting. It’s cinema that’s trash and keeps getting recycled.