El Presidente season 1, episode 4, “En el palo” reveals the foolishness and naivety of wealthy men at the top as fortunes turn to misfortunes.

El Presidente season 1, episode 4, “En el palo” reveals the foolishness and naivety of wealthy men at the top as fortunes turn to misfortunes.

Episode 4 starts with a journalist called Sofia investigating Sergio and his sudden wealth and rise to the top. Meanwhile, Sergio’s money is rising and the laundering is in full swing. He asks Jinkis about the vacant position at FIFA. With Nené and Sergio seeing each other as equals, both sides are running the ship. Sergio asks Nené to gather the small clubs to make a change to the statute. El Presidente season 1, episode 4, “En el palo” sees a power couple.

In the past, Sergio and his family head to the 2014 Brazil World Cup. Grondono narrates, saying Sergio is on cloud-nine with Chile’s progress — he discusses how having TV rights focusing on one country for a World Cup means a lot of money and the public willingly give it.

Rosario believes they are missing a trick with FIFA and is frustrated at the lack of progress. She also wants to see her mother who is sick but cannot get the time approved. When she rings the FBI office, she learns that her request to her mother was never sent by Dave. Meanwhile, Sergio is asked by Jose Maria if Chile can play France for free in Toronto with no financial incentives. Sergio asks Maria if he can have his full support. El Presidente season 1, episode 4, “En el palo” sees Sergio finally understand how this all works.

Back in the past and Sergio is in Brazil at the football but the real football is the business. Sergio speaks to Grondono in the VIP area who gives him a tour of the different businessmen. He finally introduces him to Chuck Blazer, “Mr 10%”. At the football, Jashir is toting and Rosario takes photos. She then gets a text explaining that her mother died. Rosario angrily confronts Dave and claims he can’t run this operation on his own and that’s the only reason she can’t bury her own mother — she insists Dave will report to her one day. El Presidente season 1, episode 4, “En el palo” sees a power struggle at the FBI but you get the feeling Rosario will come out on top. 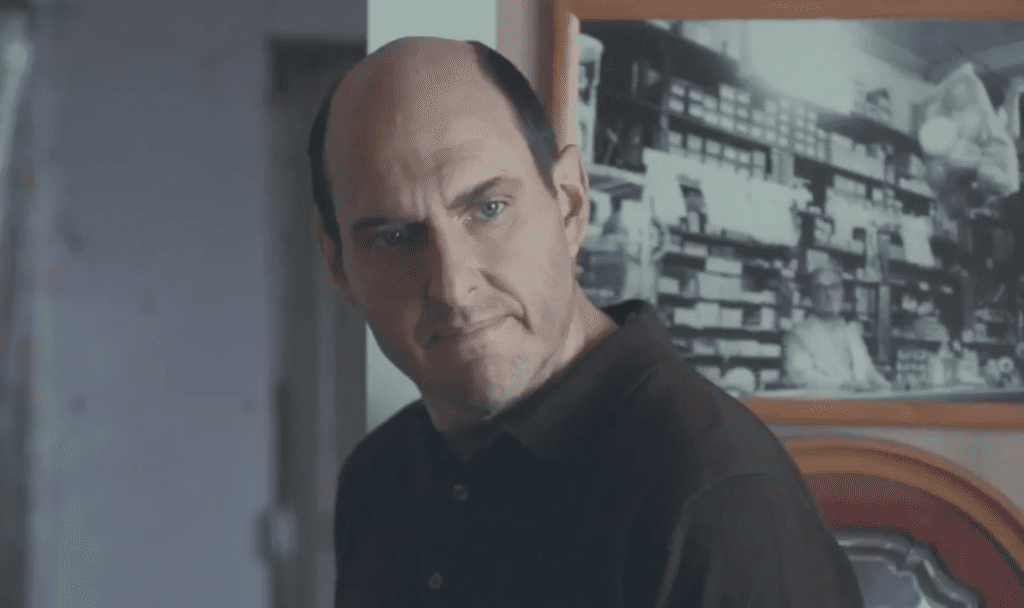 In the present, at the headquarters of the FBI, Rosario gets a transcript of text messages for Chuck Blazer’s phone. She goes through the messages and sees “brought something from Zurich”. She rings one of the numbers and her superior, Dave, answers it. She spies on Dave and he gives his superior an idea on how to close the case and says “Rosario is good in bed but not at the case”.

Sergio asks Chuck Blazer if he can help him get the votes for Mr. Julio’s position. Sergio asks how much will it cost. Afterward, Rosario gives Sergio a fancy dress costume for a party that Sergio has set up. Chuck Blazer is there and he gives a speech and Luis gets his support, not Sergio, who is shocked.

Rosario meets Chuck Blazer in a private room and says that FIFA will kill him and that going to the press is the only way out.

In the present day, Nené is told she’s done an impressive job. The ANFP vote for a change of the statute which means more money. Meanwhile, Dave’s superior is told he’s ruined everything as Chuck Blazer is reported to be an FBI informant. In a meeting with the FBI, Sergio is told that his situation is now more complicated and serious. In the past, Grondono claims that Sergio’s fate was written a long time ago — he chases after Rosario in a football crowd after recognizing her — obviously, he doesn’t know she’s an FBI agent. Rosario shows him her badge: “Now you work for me”. El Presidente season 1, episode 4, “En el palo” reveals the foolishness and naivety of wealthy men at the top as fortunes turn to misfortunes.