Cal, who is on his own, finds the van that Emily attacked. A vehicle pulls up and Cal pretends he is a guard from Meridian. He hears the name Armstrong so joins the men. Cal has his own mission now — revenge and cleaning the demons of his past.

Flynn receives a phone call from his father Nick and there’s relief in the air. Nick almost breaks down in tears but he keeps it together and holds the conversation.

The mission was to bring you home

Flynn and Emily join the refugee children in the woods. Nick has promised to help free their parents from the camp. Emily is against the plan, stating she promised to bring Nick home. You can understand her hesitation; after all this time, the mission to bring Nick back still isn’t over.

Emily and Cal approach the refugee prison camp — there are many armed guards. Emily recognises “Elliot” from the party in Berlin. And Cal arrives at the prison camp as well — he’s fully infiltrated. As they head back into the woods, they find a large burial full of dead bodies. Nick rings Crown with his location — he updates Julianne and she seems relieved but she’s concerned about Cal as well. Nick tells Emily that they need a diversion to get inside the prison camp. Emily suggests getting to Elliot — “Cut the head off the snake”.

Flynn continues with his archery practice but then a car heads over to the house. The grandad gets worried and gets out the shotgun. But it’s Jack who Flynn called earlier. The grandad hears another car in the distance and asks his family to head inside.

Crown has found the mole

At the midway point of Absentia season 3, episode 8, “Veritas Aequitas”, Crown has found a possible mole by linking the building access to the time agent Thompson died — Director Foster. Julianne tells Crown he needs to be right with this. She tells him he needs more, something concrete. Something does not feel right; it could be the way it is written but there’s 100% another twist in the story. It smells of it. 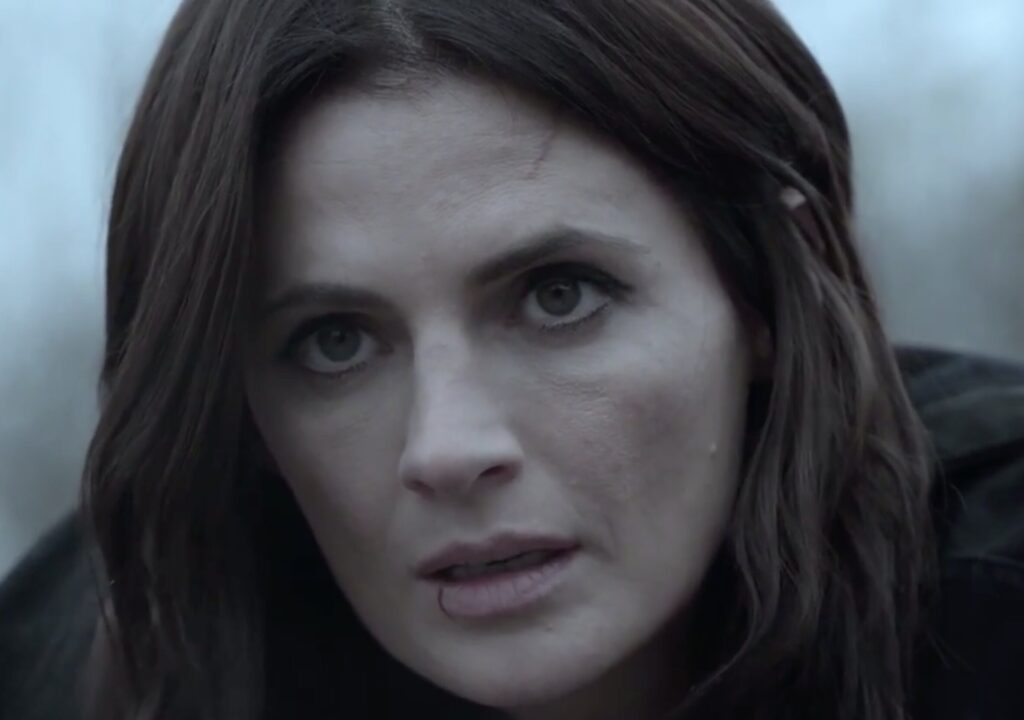 Jack and Flynn realize that grandad hasn’t returned from the barn and he’s not calling back — Jack grabs a shotgun as he suspects something is happening. Dawkins has a gun to grandad’s head and asks Jack to set the gun down. He puts the gun down and Dawkins asks where the boy is. Jack tries punching Dawkins but fails as Dawkins grabs the shotgun. At this point, it was easy to forget about Dawkins who has been absent for quite a while.

Back at the refugee camp and Emily and Nick have made their way inside as the alarms begin to sound. Meanwhile, Elliot and his team are destroying all evidence of what happened. Emily points a gun at Elliot and then Cal shows up behind him which shocks her — Cal gives Emily a small shake of the head, almost like a signal and then one of the guards knocks Emily to the ground. Cal probably didn’t want Emily to give away that they knew each other.