Home » Film » Black Water: Abyss review – when you gaze into the abyss

Black Water: Abyss review – when you gaze into the abyss

An awkward, badly directed, insipid excuse for a thriller that is in no means worth the risk of infection to see.

An awkward, badly directed, insipid excuse for a thriller that is in no means worth the risk of infection to see.

In Black Water: Abyss, a group of friends goes exploring into a new cave system, but the rising water level and a hungry crocodile turns their expedition into a battle for survival. This is a premise that has worked before, and technically it should again. Think about how many movies you have seen, with a group trapped in a nightmarish and claustrophobic setting, fighting against the odds to survive, as they are picked off one at a time by an unseen menace.

As far as tried and trusted plots go, this is one of the best. It’s cheap to do, requires a small cast and limited sets, and lends itself to tension and terror that most of us would dread to be in, and yet somehow, almost incredibly, Black Water: Abyss manages to fail on every level.

For a start, the cast presented to us are some of the most unlikeable characters you will find in a film of this type, This initial problem is one that drags the whole production down the sinkhole. By the third act, you neither care nor worry about these people, and yes, I was rooting for the crocodile in the final scene.

For a tense and gripping premise, director Andrew Traucki somehow manages to slow the pace of this film down to a bone-crushing halt. 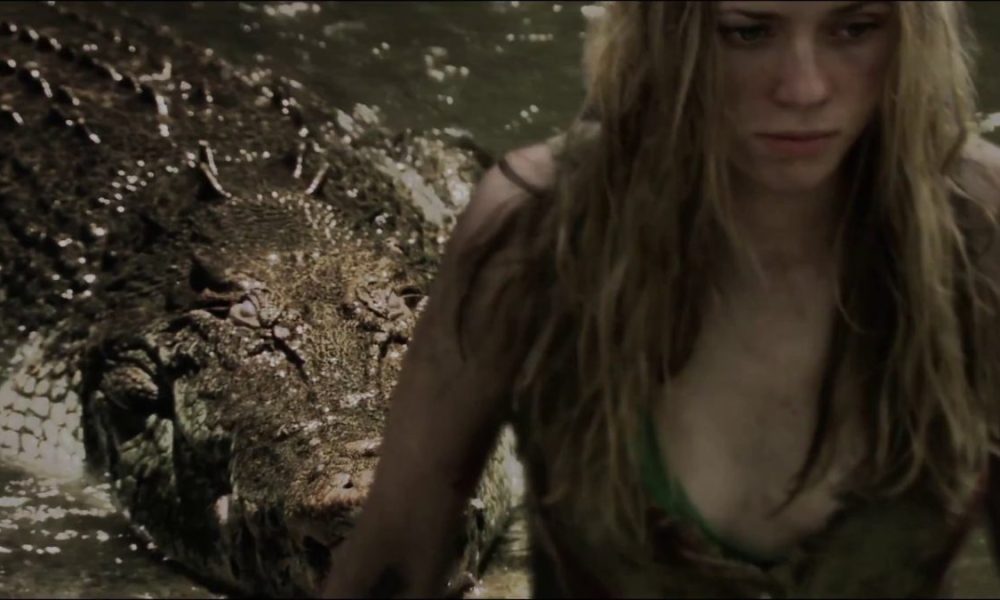 The spine curdling foreshadowed subplot is so terribly misused, that you wonder why it was so clumsily shoehorned into the thing in the first place. It adds nothing to the proceedings and only makes you dislike these poor excuses for friends even more.

The crocodile that seems to be stalking them is very rarely seen, again a technique that can work, but here it just seemed cheap and probably cost-effective not to show it.

The final scene of this drivel is so mind-numbingly handled that I can only guess it was tacked on when they realized that the film is very low on thrills and something else had to happen.

The very few other patrons in our local Odeon that had risked their lives to trek out and watch this, had either fallen asleep or laughed out loud at the cringe-worthy denouement.

Do yourself a favor and miss this. It’s not worth risking infection to sit through this awkward, badly directed insipid excuse for a thriller.