There’s nothing, if you think about it, all that new in “Wisdom/kingdom”, but what’s here continues to be presented expertly and confidently enough that you don’t mind.

There’s nothing, if you think about it, all that new in “Wisdom/kingdom”, but what’s here continues to be presented expertly and confidently enough that you don’t mind.

This recap of The God of High School season 1, episode 3, “Wisdom/kingdom”, contains spoilers. You can check out our thoughts on the previous episode by clicking these words.

One of the most popular animes airing right now, Crunchyroll’s The God of High School returns this week with “Wisdom/kingdom”, which replicates the effective style seen in the first couple of episodes that divides each rapid chapter up between fights, worldbuilding, and character development. It’s obvious which of these things is the show’s stand-out element, but it’s nonetheless appreciated that this isn’t an anime content to be all brawn over brains.

But the brawn is really excellent, and it’s worth reiterating. Following directly on from the climax of the previous episode, which saw Mori intervening in Gang Manseok’s brutal beatdown of Go Gambo, the central dramatic question of The God of High School episode 3 is whether Mori will be allowed to continue in the titular tournament after violating the rules. Of course, God of High School’s sponsor, Park Mujin, offers him a chance to do so – providing he can defeat Commissioner Q in a match. What, you expected any form of conflict in this show to be resolved by not fighting? 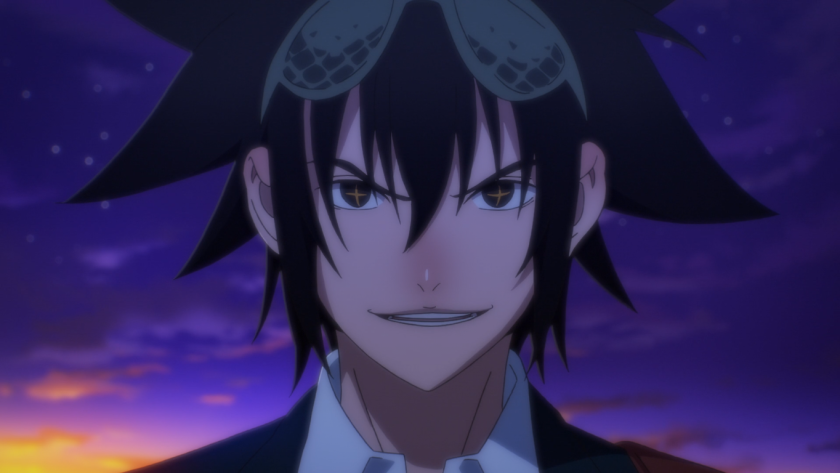 The more brawling the better, as far as I’m concerned. “Wisdom/kingdom” squares Mira off against pro-wrestler Mah Miseon, whose highly-trained body is a weapon deadlier than Mira’s swords, and Daewi off with Baek Seungchul, a baseball bat-wielding bookworm. Both scraps are excellent, with MAPPA’s animation showing off its style and kineticism once again, and the fights themselves incorporating characterization, with Mira having to face being deprived of her swords, and Daewi battling back from a disadvantage.

If there’s a criticism to be leveled at The God of High School at this point, it’s the sheer pace with which it moves. Whereas similar shows like Baki would devote an entire episode or more to a single fight, “Wisdom/kingdom” has room for these battles and more besides, which can make them pass too quickly. One has to assume that, as the stakes are raised and the competitors are whittled down, we’ll see longer, more in-depth fights between equally-skilled opponents.

But what I like about this show, and what The God of High School season 1, episode 3 proves with its designs and crisply-animated fighting styles, is that it knows when to embrace a trope and when to subvert one. Some of the easy expectations are upended here, with supporting characters largely taking center stage, and even archetypal villains playing their one note in a surprising key. There’s nothing, if you think about it, all that new here, but what’s here continues to be presented expertly and confidently enough that you don’t mind.