A Teacher season 1, episode 3 recap – the line is finally crossed

Eric and Claire finally cross the line, darkening A Teacher‘s narrative and setting the show on a new, more uncomfortable course.

Eric and Claire finally cross the line, darkening A Teacher‘s narrative and setting the show on a new, more uncomfortable course.


This recap of A Teacher season 1, episode 3 contains spoilers. You can check out our thoughts on the previous episode by clicking these words.

In a nice inversion of a scene from the first episode, this one opens with Eric having a sexy dream about Claire, rather than the other way around. It’s the morning after the afternoon before, and he wakes up to a cold world of crippling embarrassment after kissing and being rejected by his teacher.

Speaking of his teacher, she’s informed that her uterus is deteriorating — perhaps rapidly, perhaps not. Matt’s relentlessly upbeat attitude is no help, especially since it only really suggests that he’s completely incapable of rational adult thought. At school, Eric apologizes to Claire, who says she’s going to find him a new tutor since she’s worried about her life being ruined. He still wants her to tutor him, but she refuses at first. Eric explains he can’t afford the classes that everyone else takes, so she concedes, but only if he promises… well, he promises so quickly that we don’t actually hear what she wants him to promise, but I think we can make a reasonable guess.

Meanwhile, Logan and Josh are having a bit of a tiff since Logan is taking his sister to an upcoming dance. So, that’s looming on the horizon, and Claire overhears Eric asking Alison to go with him. Taking the high ground isn’t going too well for her, obviously, since she can’t keep her eyes away from the conversation, and she doesn’t look too thrilled about its general direction. 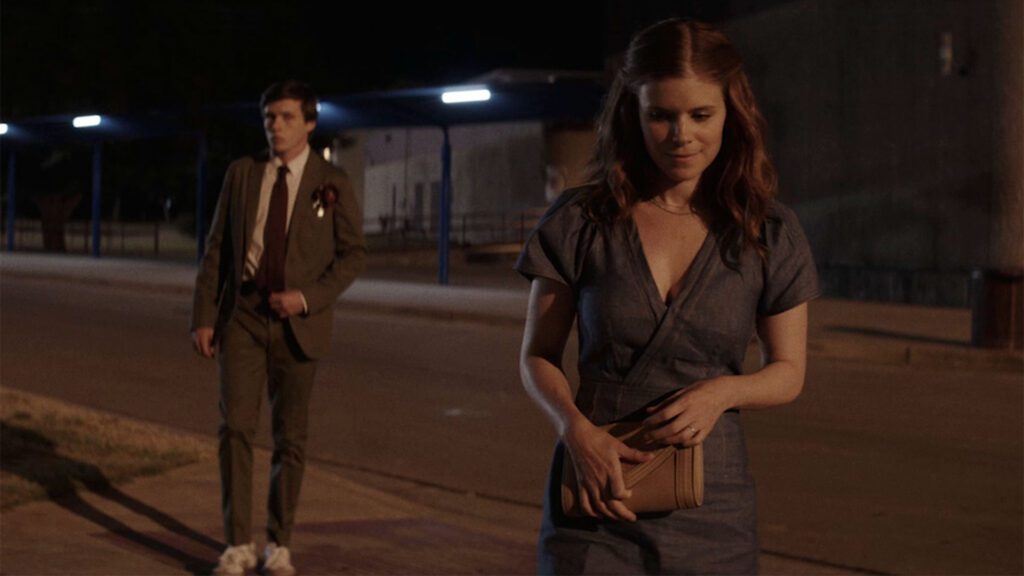 Cody is Logan’s brother, by the way. He lets on to Logan about the girl Eric was touring UT with, and Eric has to play it off while Claire texts him asking if he’s coming to tutoring. He’s “playing hard to get”, while we see Claire sat alone in the diner.

There are more pressing issues, anyway — it’s dance time. With everyone suited and booted, the drinks start flowing, with tensions between Josh and Logan simmering away nicely also. The teachers have to cater the whole event, which Claire is furious about, so she hides in a store cupboard and chugs from a hip flask while ranting about the students. She’s better off in there than she is on the dancefloor, though, where she can see Eric getting very cosy with Alison. Both Claire and Eric end up having a little moment of reflection in the bathroom (separate bathrooms, obviously) at the same time, and they run into each other outside. Claire confronts him about swerving tutoring, and he admits that he can’t stop thinking about her — he even has dreams about her. He’s too attracted to her to continue the tutoring and feels like he can’t control himself around her. She sends him back inside, but I think the message was received loud and clear.

Back on the dancefloor, Claire and Eric can’t keep their eyes off each other, and she makes a big fuss of her leaving to make sure he notices and follows. She leads him back to her car. At first, I thought they were going to hook up on the floodlit lot, but Claire is a bit more calculated than that. She parks up somewhere quieter and instructs a very nervous-looking Eric to get in the back seat. She joins him and they have sex, with Eric looking terrified throughout. It’s clearly an intentional decision to have Claire be very much in control here, which made the whole thing much more uncomfortable than I was expecting and thus a lot more difficult to make jokes about. Finally, the last-minute advice to seek out someone to talk to if you need it, which concludes every episode, seems very relevant. A major ethical line has been crossed here, and it’s going to be morbidly fascinating to see how many more are bypassed by the show’s end.