Ari Eldjarn: Pardon My Icelandic review – a modest version of nothing new

Ari Eldjarn isn’t reinventing the wheel with a set almost entirely devoted to cultural differences, but he’s modest and charming enough to sell the material.

Ari Eldjarn isn’t reinventing the wheel with a set almost entirely devoted to cultural differences, but he’s modest and charming enough to sell the material.

Pointing a finger at cultural quirks and geographical differences is the foundation of many comedy specials, so there’s little about Ari Eldjarn: Pardon My Icelandic that feels especially fresh. But no matter. Eldjarn, a modest, soft-spoken, and unthreateningly handsome comic, is very good at this age-old art – so good, in fact, that he can comfortably build the vast majority of his Netflix special around it and not have the hour drag.

That Eldjarn hails from underrepresented Iceland is an advantage, but he dips in and out of the Nordic countries like he’s on a sightseeing tour, bringing up mannerisms, low-key rivalries, deep-seated prejudices, and moments of great cultural pride, such as the flag appearing on the Eurovision Song Contest and Iceland beating England in the World Cup, an event I’d rather not be reminded of at the best of times. 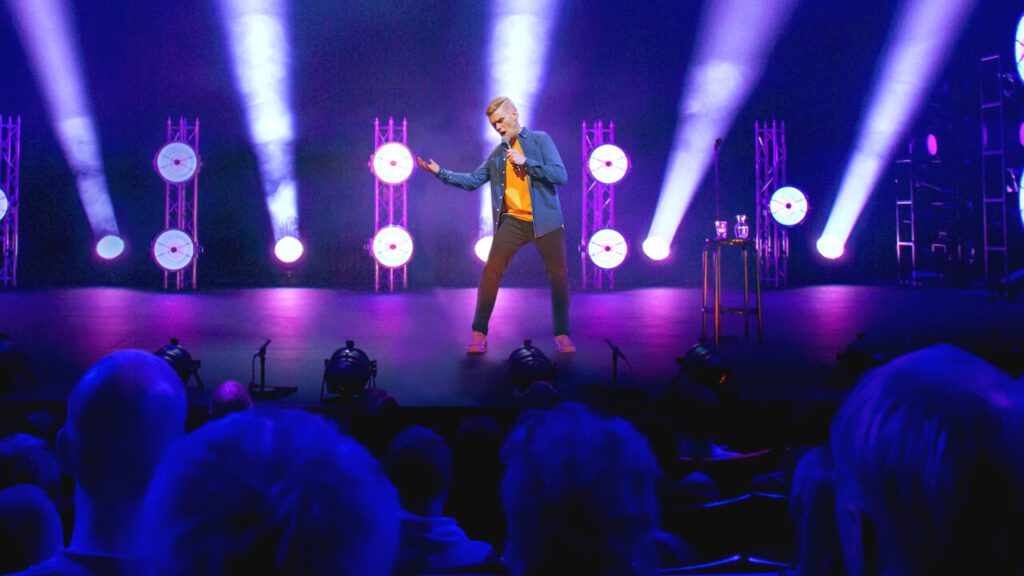 Through all this, two things become obvious. The first is that Eldjarn is well-positioned to make fun of Nordic countries affectionately; the second is that Nordic countries, like all countries, seem ripe for making fun of, and it’s funny to hear a native do so. But this, it turns out, isn’t Eldjarn’s only talent. As Pardon My Icelandic goes on, he increasingly slips in and out of accents and impressions and languages that are surprisingly, almost distractingly on-point. He isn’t a big, boisterous, physical comedian, but he rarely ever needs to be. He has an incisive sense of pop culture and is evidently well-traveled and intelligent enough to be able to consider it from various national angles.

Eldjarn is pretty popular in Iceland and made something of a splash at the Edinburgh Fringe. Here on Netflix, you can imagine that his next destination will be more mainstream success.

Thanks for reading our review of Ari Eldjarn: Pardon My Icelandic. For more recaps, reviews, and original features covering the world of entertainment, why not follow us on Twitter and like our Facebook page?