The Stand In review – the worst film of the year

The Stand In is an exercise in cinematic soul-sucking banality.

The Stand In is an exercise in cinematic soul-sucking banality.

There aren’t enough words for how indescribably bad Drew Barrymore’s The Stand In is. It is bad, so very bad. Atrocious, brackish, hackneyed, insipid, dreadful, soporific, obnoxious, offensive, mind-numbing, distasteful, oblivious, tedious, and vapid are just a few. I would challenge anyone who claimed they laughed once, and if they did, it was in obvious disbelief.

Barrymore plays the film’s two main characters. The first is a famous comedic actress named Paula. She has seen uber-success as a comedian in Adam Sandler-like franchise fare. The years, though, have hardened her. To cope, she drinks and snorts cocaine in her trailer. After a mental breakdown on set, she pulls a J.D. Salinger and stays in her mansion for almost six years. She receives court-ordered rehab. Paula then comes up with a harebrained scheme of sending in her stand-in, Candy (keep in mind, this isn’t her twin or even a stunt double). Things then spiral out of control from there.

I’m sure Drew Barrymore doesn’t deserve all the blame for this exercise in cinematic soul-sucking banality. There is enough to go around. The director is Jamie Babbit, who has an impressive resume, directing such classic shows as Girls, Silicon Valley, and Gilmore Girls, yet she seems to have lost any sense of the delicate dance a comedy needs. Sam Bain’s script doesn’t help matters. It ends up turning into the very type of comedy, Adam Sandler-esque, it is attempting to satirize. Then there is the issue of 16 executive producers who ghosted their supervision duties and cashed their paychecks. 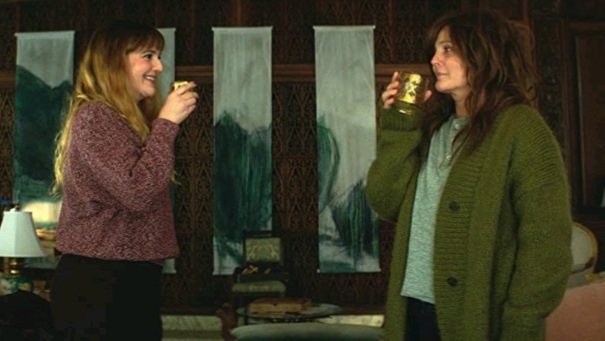 There is something amiss here with The Stand In, especially cohesively. Every scene, character, action, and even sound design seem to work independently of one another. Barrett’s film doesn’t even have the guts to stick to its guns and go full-on dark comedy. Just when you thought it was going for an absurd The Talented Mr. Ripley, it frustratingly backs off quickly.

Yet, even when scenes stand alone, the dialogue is hard to listen to between characters. The overplayed, excruciating interaction involving Unbreakable Kimmy Schmidt’s Ellie Kemper is a glaring example. This brings us back to Barrymore’s performance. She not only gives a terrible one, but she actually gives two of them. A majority of the film involves both her personas talking and interacting with each other and it simply doesn’t work. We are spoiled, you see. Eddie Murphy makes it look too easy.

No one involved in this production gets away unscathed. Their only saving grace is hardly anyone will see it, but those who do will certainly remember it. The Stand In is the worst film of the year and it’s not even close.