The true account of Danish photographer Daniel Rye Ottosen from starting his career through the thirteen months of his captivity in Syria. Told from a number of perspectives, to generate perspective in the viewer.

The true account of Danish photographer Daniel Rye Ottosen from starting his career through the thirteen months of his captivity in Syria. Told from a number of perspectives, to generate perspective in the viewer.

In 2013, Daniel Rye Ottosen (called Daniel Rye in the film) was just starting out as an assistant to a journalistic photographer, having had his career as a professional gymnast cut short by injury. His life turned around when he discovered a new passion – sharing untold stories with the world – but it took another abrupt turn when he was taken hostage by ISIS during a field trip to a part of Syria thought to be safe. Ser du månen, Daniel (based on Puk Damsgård’s book of the same name) tells that account, from the point of view of Daniel’s family, the people looking for him, and largely Daniel himself.

Like For Sama (a documentary, rather than biographical drama), this is a film that really should be watched. Most of us privileged Western types hear about people from countries like ours being caught up in conflicts overseas, but remote as they are, those news reports don’t often mean a great deal. Daniel Rye (Esben Smed) wished to record how everyday families were dealing with the crisis in their country, but by chance, he became part of it himself, and in a way that I’m sure none of us can quite imagine.

Directed by Niels Arden Oplev and Anders W. Berthelsen, Ser du månen, Daniel (called simply Daniel in the UK) is – unsurprisingly – a difficult film to watch. At first, I confess, I wasn’t looking forward to it: I knew it was nearly two and a half hours long, and the opening scenes, from injury to capture, seemed to suggest unrelenting misery for that duration. That tone was deftly broken up with scenes of Daniel’s family, striving for hope and a ransom; and Arthur (Anders W. Berthelsen), the ex-military officer commissioned to find captive civilians. Initially, Arthur treated his search for Daniel as an add-on to his key target, the American journalist James Foley (Toby Kebbell); but it became apparent that the two were linked (possibly by the same perpetrators). There have been reports and films relating to James Foley’s captivity, and this one touches on it while focusing on the photographer from Denmark. 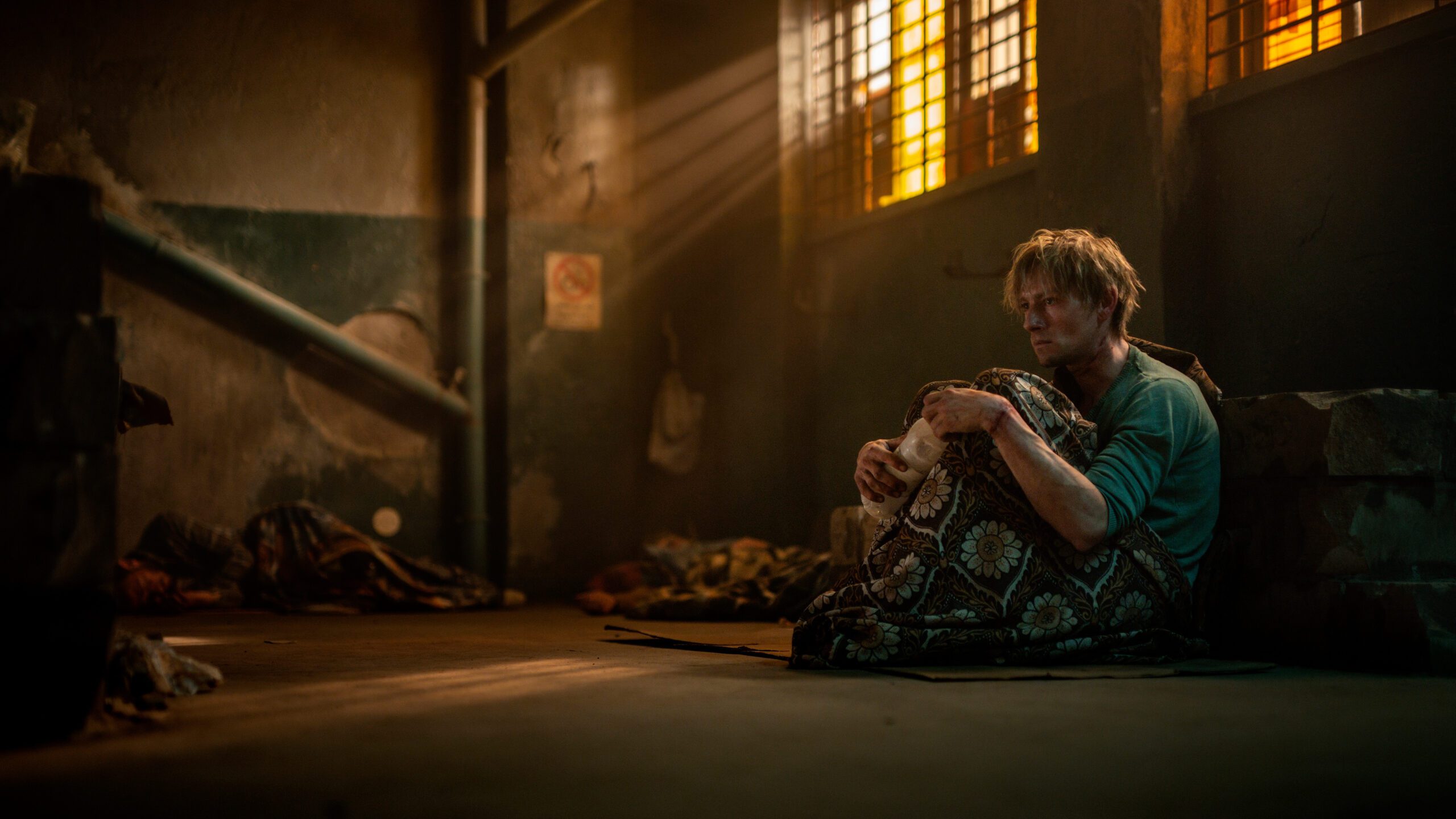 As for the scenes that follow Daniel Rye’s thirteen months in the hands of ISIS, well Daniel neither shies away from nor dwells on the torture, humiliation, and neglect that he (and later, his fellow prisoners) went through. Smed plays his part brilliantly, showing the anguish, hope, eventual camaraderie with his fellows, and resilience despite physical weakness too. There is much to be admired in how he endured that period, never knowing what would be done to him, if he would ever be able to persuade them he was no spy, or whether he would see his family or girlfriend again.

Considering Niels Arden Oplev is best known for The Girl with the Dragon Tattoo (and less so for Flatliners 2017), this film is not an action-packed thriller, but rather a slow and deliberate drama. The pace reminded me of another Danish drama A Hijacking in that respect. The content is allowed to raise the tension naturally, rather than having it forced or exaggerated by music or effects. (I was actually impressed with Johan Söderqvist’s music at the denouement when it was neither sentimental nor jingoistic, but simply contemplative instead.) And of course, the film is long and slow: Daniel and his family alike went through both waiting and exhaustion, and it would have been disrespectful to rush this account.

You might have noticed I’ve avoided the word “story”, which I feel can be equally disrespectful to a true account. Although this isn’t the kind of serious drama with a message as such, the key thought I was left with as Daniel closed was that people like him and James Foley deserve our respect for enduring what they did while maintaining strength of character, and we cannot develop any unless we know about it. Do watch this film.