Impressive French thriller about music and how difficult it can be to connect with others.

Impressive French thriller about music and how difficult it can be to connect with others.

I’m reluctant to say much about the story of Hors du monde (also known as Out of the World or Out of this World): the plot is so simple that giving you more than a sentence would deny you any intrigue or surprise in the film. So here’s that single sentence: Hors du monde is about two people with their own communications difficulties who connect through a common love of music. But what makes it a thriller? That would definitely be telling.

The two people in question are Leo (Kevin Mischel), a taxi driver, and Amélie (Aurélia Poirier), a dancer who happens to take a ride with him one day. Leo is a shy person, but not because he doesn’t have the nerve to speak; more because he barely understands how. In contrast, Amélie is deaf, so when they click, it seems his minimal conversation is about right for her; besides, she can “hear” something in the music he writes that others don’t.

Having watched Hors du monde, I’m not at all surprised to discover that writer/director Marc Fouchard has a background in dance himself: when Leo first discovers Amélie, his joy is expressed in music and dance. Throughout the whole film, movement says so much that words cannot, and it’s apparent that – to these two people, at least – movement is liberating (it brought me back to the final episode of Giri/Haji at one point). Even some of the violence blends with dance, as though different kinds of physical release don’t need to be distinguished apart. So yes, the music is absolutely fundamental to this film; and interestingly, the score’s composer Pascal Boudet is also responsible for the cinematography. Given his skill in both, this makes perfect sense, as the music and the visual capturing of the story blend so absolutely.

And now, because of the music, it looks like I’ve neglected to say anything about the acting. Mischel is frankly a revelation, ably portraying a moody character, then endearing, then disturbing, and then back to something else again. He is magnetic to watch, and I can see and feel the pain he feels at being out of the world because of his negative social skills. We see a little less of Poirier, and she doesn’t have quite as much range to portray, but what she does present is pure and sincere. I don’t know for sure if she is deaf in real life – I suspect not – but if not, it is a believable performance. 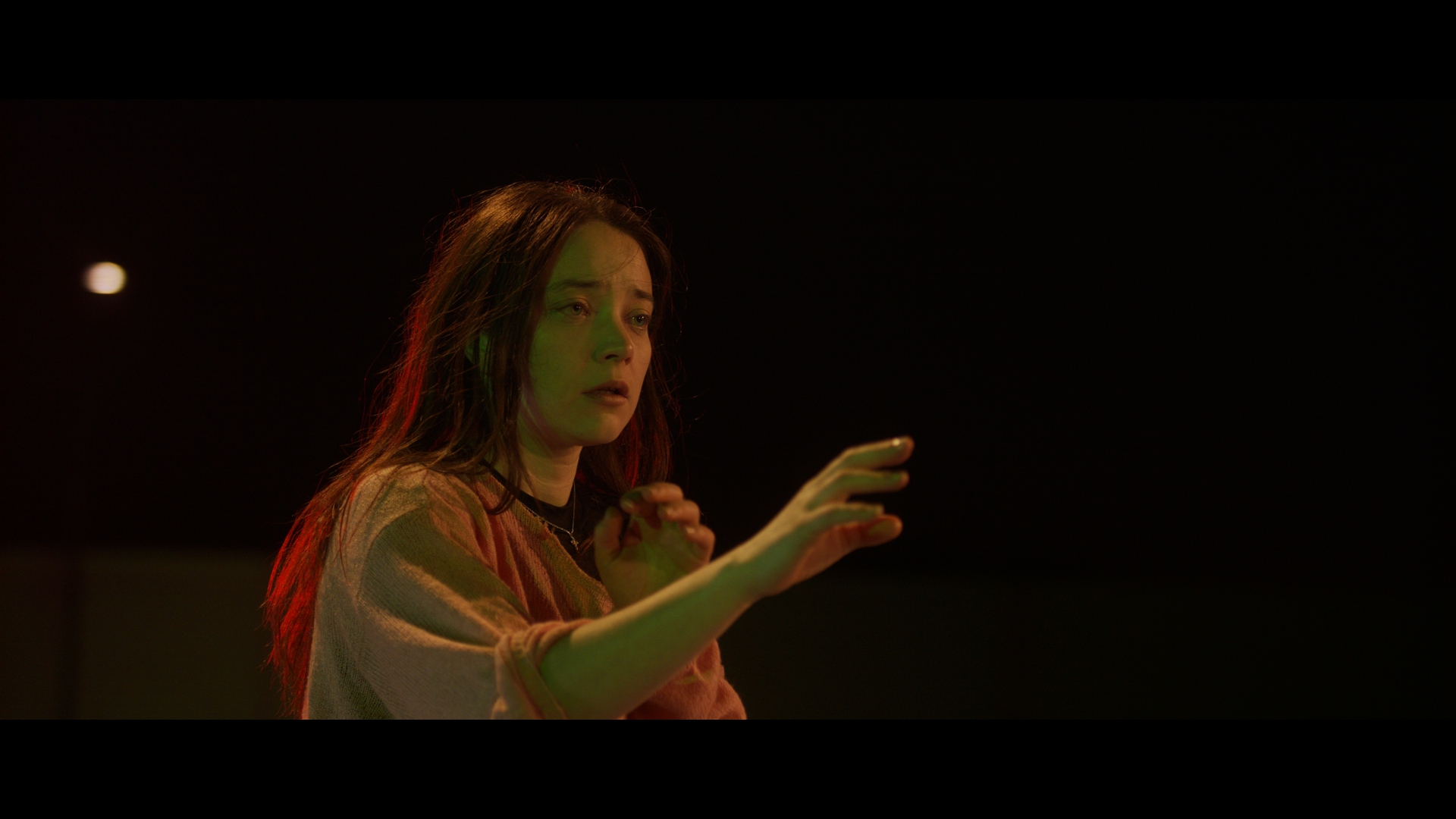 Hors du monde is captivating to watch; not just because of the dancing and the acting, but there are many scenes in which we are drawn inside Leo’s mind, and very smoothly too. It is tense and bloody in some places, surprising and tender in others, and I have no doubt it will hold up well to a second viewing.

The only issue I have is with the treatment of Leo’s mental or cognitive traits. (Please excuse me but there may be no way of explaining this without a mild spoiler at least.) His difficulty in knowing how to talk to people, and the outlet he uses for his frustration came across to me as possibly autistic traits at first, and I was wary that the film was going to turn into a warning against relationships with autistic people. I’ve read, though, that Fouchard associates Leo’s issues with past trauma. Fair enough: the results of trauma can look very similar to autism at times. However, that trauma was only alluded to very briefly in Hors du monde and I would have liked to see more clarity around what lay behind his manner. Ever since Psycho, cinema has shown its audience that people with mental health issues can be trouble; and I would have hoped that in 2021 a film like this might show that mental ill-health is not itself a problem, but rather the fact that it had not been recognized or addressed.

Hors du monde or Out of this World has its UK premiere at Glasgow FrightFest from 6 March 2021.