Line of Duty season 6, episode 3 recap – all under control now

Double crossings, double acts, and nearly double murder. This season of Line of Duty hasn’t let me down yet.

Double crossings, double acts, and nearly double murder. This season of Line of Duty hasn’t let me down yet.


This recap of Line of Duty season 6, episode 3 contains spoilers.

Just before I sat down to watch last night’s episode of Line of Duty, my son asked me “is it a good show?” I had to say, “it depends who you ask, but I like it.” I told him it’s great if you enjoy a puzzle, working out who’s crooked, who knows what, and how the pieces are connected; especially across several seasons. Some people find the connections a bit too far-fetched, but perhaps the world of crime and policing really is a small one: to me, it certainly makes for an intriguing and entertaining watch. There have been so many links between people and events, but by now it’s clear that not all of them actually matter to the plot. In Line of Duty season 6 episode 3, our protagonists are starting to see the links too… but in some cases, they seem to be joining the dots all wrong.

By the end of the episode, it seems to me that at least two characters are giving their colleagues blind trust, two are played as patsies to the Organised Crime Group and two are being framed.

The Murder Investigation Team were stumped about who confessed to killing Gail Vella since both the informant (or Covert Human Intelligence Source) and the most likely suspect were now dead. Consequently, they were almost giddy when someone came forward who had (probably) witnessed this confession: hopefully they could say who they saw. This witness, Deborah Devereux (Kerri McLean) suggests Terry Boyle (“he looked different”), who is picked up for interview by the slimy Ryan Pilkington. On the way in, Pilkington slyly mentions to Boyle, “I’m still your best mate. Everything is going to be fine as long as you keep your mouth shut.” Poor Terry gets put under so much pressure in this episode and Tommy Jessop’s performance is remarkable, especially in the interview that follows. DI Kate Fleming and DCI Joanne Davidson ask Boyle if he confessed to murdering Gail Vella and he timidly answers, “Not me: the other man did it.” He gets steadily more agitated when they try to get him to explain, and Davidson stops the interview.

Constables Lisa Patel (Tara Divina) and Ryan Pilkington set out to take Terry Boyle back to his bail premises, and Pilkington shows his true colors: he tells Patel the route has been varied (for the sake of Boyle’s security) and leads them down a small road by a reservoir. He takes advantage of Boyle nodding off, grabs Patel’s neck, and forces the patrol car into the water (having already asked Patel to open a rear window). He heads to the shore – not realizing Fleming has clocked the odd change of route) – but flaps back towards the sinking car again when he sees Patel has made it out. Pilkington succeeds in drowning Patel and then sees Boyle is alive too; but doesn’t quite manage to drown him before Fleming arrives and starts calling for help, so Pilkington changes tack and makes it look like he was saving Boyle.

DI Steve Arnott has told Superintendent Ted Hastings he has a “new source” in the investigation into Davidson, but he’s surprised to see Kate Fleming walk into AC-12 the next morning. She tells him about her suspicion that an attempt on Boyle’s life had been made, and as her “first duty is preservation of life” it felt only right to bring it to him. Hastings seems pleased they can work together again (albeit a little grudgingly) and instructs Arnott to put Boyle’s accommodation under surveillance. Arnott and Fleming sit down to consider Pilkington and the penny drops: “tried to cut off my fingers!” (Arnott); “I interviewed him as a juvenile!” (Fleming). Bishop also shows the team videos she’s been sent of Gail Vella’s that were never broadcast; they relate to police cover-ups (from earlier seasons), but don’t appear to be strong enough for a murder motive. In the meantime, Steph Corbett is phoning Hastings with concern about Arnott.

More on Hastings, as he’s been summoned to a meeting in Line of Duty season 6, episode 3 with Deputy Chief Constable Andrea Wise and Police and Crime Commissioner Rohan Sindwhani. They had told him plainly to be diplomatic with the MIT, and now feel embarrassed about the arrests. Hastings declares that his team’s inquiry into a “putative figure once codenamed H and now the ‘fourth man’” is still open, but Wise is adamant this should be dropped. Ready for Hastings’ soundbite of the week? “Don’t waste your time on old battles” advises DCC Wise. His response: “the name’s Hastings, ma’am. I’m the epitome of an old battle.” Line of Duty fandom punches the air in glee.

Steve Arnott is troubled with sleep and doing his best to resist his overdependence on pain meds, especially as AC-9 were seen doing a “routine drug test” in his office the day before. Hastings had given him an out, but Arnott clearly didn’t like it and called on Steph in a major strop for telling on him. Arnott realized Hastings had given him a warning to sort himself out, and Steph pointed out that if that’s the case, he’s “done right by you”. He was still more than stressed when he got back to base, though, and asked DC Chloe Bishop to look into John and Steph Corbett’s finances. (This is one of those “blind trust” relationships I noticed; the other being between Kate Fleming and her colleague DS Chris Lomax, ably played by Perry Fitzpatrick.) 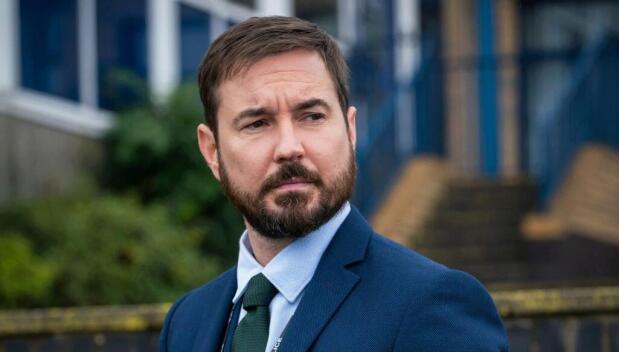 Lisa Patel has unfortunately died and Ryan Pilkington the only surviving officer in the car “accident”, so Kate Fleming interviews him. He has an answer and a cheesy smile ready for every question – about the route, the window, Lisa’s bruises, etc. – and Fleming is holding everything back from throttling him. Next morning, Fleming’s suspicions stretch to the new witness Deborah Devereux, and she asks Lomax to carry out a background check. She also gets the chance to get to know Davidson a bit more, as they discuss AC-12 wanting to interview Boyle over drinks: Fleming is managing to appear to be on everyone’s side. Davidson gets defensive about the news that Jatri had blurted about their relationship, though: “whatever you heard, it’s wrong, that’s not me.”

Bishop reports to Arnott that Terry Boyle’s freezer has been found, dumped in a scrapyard but – of course – there’s no CCTV and no one knows who dumped it. I’m not clear why AC-12 is interested in the freezer at this point, but it’s yet another link to an earlier season that us viewers have known about: this is the freezer where Jackie Laverty’s body was stashed back in season one, and now AC-12 has found her blood traces. This firmly links Boyle to the OCG (which Arnott calls “cuckooing”), but they wonder why the MIT weren’t bothered to look for the freezer, and send for PS Farida Jatri for interview again. Unfortunately, Offender Management Officer Alison Merchant (who scalded DI Lindsay Denton’s hands back in season 2) is the one to fetch her, and when Jatri asks whether handcuffs are truly necessary, Merchant (Maria Connolly) closes the door… next thing we know, Jatri is suffering broken wrists and refusing to be interviewed; so the obvious intimidation worked.

Next, DCI Joanne Davidson gets a visit from Arnott to put her on the spot: did she remove files relating to the burglary from Gail Vella’s place, when AC-12’s raid was stalled? Davidson refused to answer anything, saying coolly that questions must be presented to her Federation rep, and will be responded to by the regulation deadline. Also any questions for Terry Boyle should go through her. She did seem somewhat thrown off balance by the topic of Jatri’s injury though. As MIT did not cooperate at all about missing files, AC-12 strengthened their investigation towards the phones found at Jatri’s place and DNA traces in her home. Wondering if they might find evidence of Davidson there? “The thought hadn’t crossed my mind,” says Arnott.

Arnott is still struggling to resist the meds but doesn’t struggle for long, caving into them with wine and tears. The next day, Bishop produces the financial records Arnott had asked for, and he goes to see Steph Corbett again, ostensibly to apologize for his temper the day before. No hard feelings, she asks if he has a girlfriend, and he ends up staying the night; not for sex though, which suits them both: she misses John still, and Arnott’s back injury has affected him “in bed”. He tells her he doesn’t see a doctor, in case the continuing back problem puts his job at risk. In the morning, after Steph takes the kids to school, Arnott dons gloves and searches the house, uncovering the envelope of money that Hastings had given her in the last season hidden in the loft.

DS Ian Buckells declares Pilkington deserves a commendation for saving their witness. Davidson and Fleming are privately unimpressed, and Davidson tells Fleming that it was actually Buckells who recruited Pilkington: “Family friend or something”. Back at AC-12, Hastings has decided he really needs to interview Boyle again (because of the freezer) and rings Buckells. Fleming has found out that he has some history with Deborah Devereux though, and her witness statement may have come from owing him a favor. Before Hastings has the chance to get over to MIT, Davidson and Fleming turn up at his office with Buckells, having arrested him for perverting the course of justice; and Buckells presents viewers with the second memorable quotation of Line of Duty season 6, episode 3: “total bastard bollocks.”

We end the episode with eyes firmly on DCI Joanne Davidson. She is very happy to announce that the missing Vella files were in the boot of Buckells’ car and that the bad guy has been found. She tells Fleming that it’s great to have her on side: you can’t have a cleaner-looking cop than someone formerly working for anti-corruption. Behind closed doors, though, Davidson fires up her laptop and sends a message (remember Hastings’ “definately” from season five?) with the words “All under control now” and Unknown User typing back.

This is what I wanted from Line of Duty. Next week I want to see Pilkington tripping up either himself or someone else in the OCG, and I want to see Buckells being revealed as too dim to be anything more than a criminal pawn.