Home » Uncategorized » Is The English based on a true story?

Is The English based on a true story?

This article discusses if the Prime Video series The English is based on a true story and will contain significant spoilers. Be warned!

By all accounts, The English is a work of fiction and not based on a true story. However, like most significant works, this fictitious story was inspired by legends, myths, and honest individuals and incidents. So, that begs the question:

Are any of the Characters Real?

It appears all the characters in The English are works of fiction. Many European immigrants flooded the Great Plains, seeking their fortune, political refuge, and religious freedom or because the Homestead Acts gave people a chance to own their land for the first time.

Eli Whipp may have been an archetype of the most famous Army scout, Curley, who was notable because he was the lone survivor of Custer’s Last Stand. The Pawnees are notably from around Nebraska, which was true of Eli Whipp’s origins. There is not much specific information about the Scout program other than being led by Luther North. The program was started in 1866 and disbanded in 1947, famously after the last of the men known as “Windtalkers” and their codes used during World War II. This story, though, takes place during the Great Plains Indian War.

One of the most notable U.S. Army Indian Scouts is Curley, a member of the Crow tribe who became a scout in April 1876 under Colonel John Gibbon. He then joined General Custer. Curley is often identified as the lone survivor of “Custer’s Last Stand.”

In The English, a pivotal plot point was The Chalk River Massacre of over 40 members of the Cheyenne, including women and children. In the show, a settlement of Native Americans near Chalk River is brutally murdered by a “death squad” of United States Army soldiers using a 58-caliber machine gun. A man named David Melmont became rich in mining precious metals in Colorado. He came back to Wyoming and built two right over the mass graves.

Research shows there was never a massacre at a place called Chalk River. However, this incident was most likely inspired by the Powder River Massacre. About 50 miles from Casper, Wyoming, this took place in the Dakota Territory, now present-day Johnson County. In total, 24 members of the Cheyenne tribe were murdered by U.S. Military and Pawnee scouts, led by a familiar name, Frank North. The graves of the Cheyenne killed remain a mystery.

Genocide of the Indigenous

From the Holocaust Museum –

“When European settlers arrived in the Americas, historians estimate there were over 10 million Native Americans living there. By 1900, their estimated population was under 300,000. Native Americans were subjected to many different forms of violence, all with the intention of destroying the community. In the late 1800s, blankets from smallpox patients were distributed to Native Americans in order to spread disease. There were several wars, and violence was encouraged; for example, European settlers were paid for each Penobscot person they killed. In the 19th century, 4,000 Cherokee people died on the Trail of Tears, a forced march from the southern U.S. to Oklahoma. In the 20th century, civil rights violations were common, and discrimination continues to this day.”

The Issue of Syphilis in the United States Military

In 1495, this new “pox” disease spread throughout Europe and was termed syphilis. The hypothesis was that Christopher Columbus brought this venereal disease to America. Keep in mind America blamed The Spanish Flu on foreign countries. Of course, it was found later patient zero most likely came from a military base in Kansas. He was a company cook named Albert Gitchell, with a fever of 104º Fahrenheit at Fort Riley. There was even a recent study that found the STD was found in the Americas before Columbus.

There has been a history of disease spreading throughout the American military. This disease killed the most soldiers outside of great influenza. Of course, there was the infamous Tuskegee Experiment, where the government studied the effects by not treating them when having the disease — even after penicillin was available.

As far as we can tell, David Melmont is a fictional character. However, strangely Hugo Blick added a picture of a store before the end credits. The store was called Melmont’s Home of the Homemaker and was established in 1890. A thorough internet search could not locate such a store in Wyoming, the rest of the United States, or England. When running the picture through the Google Lens app, dozens of photos populate Mall of America, which opened in 1992. The resemblance is uncanny, and I immediately question if the filmmaker had someone photoshop a fake storefront over the Twin Cities’ famous mall. We hope to update this portion of the article once requests for more information are communicated from the studio and marketing team. See the picture below and make your determination! 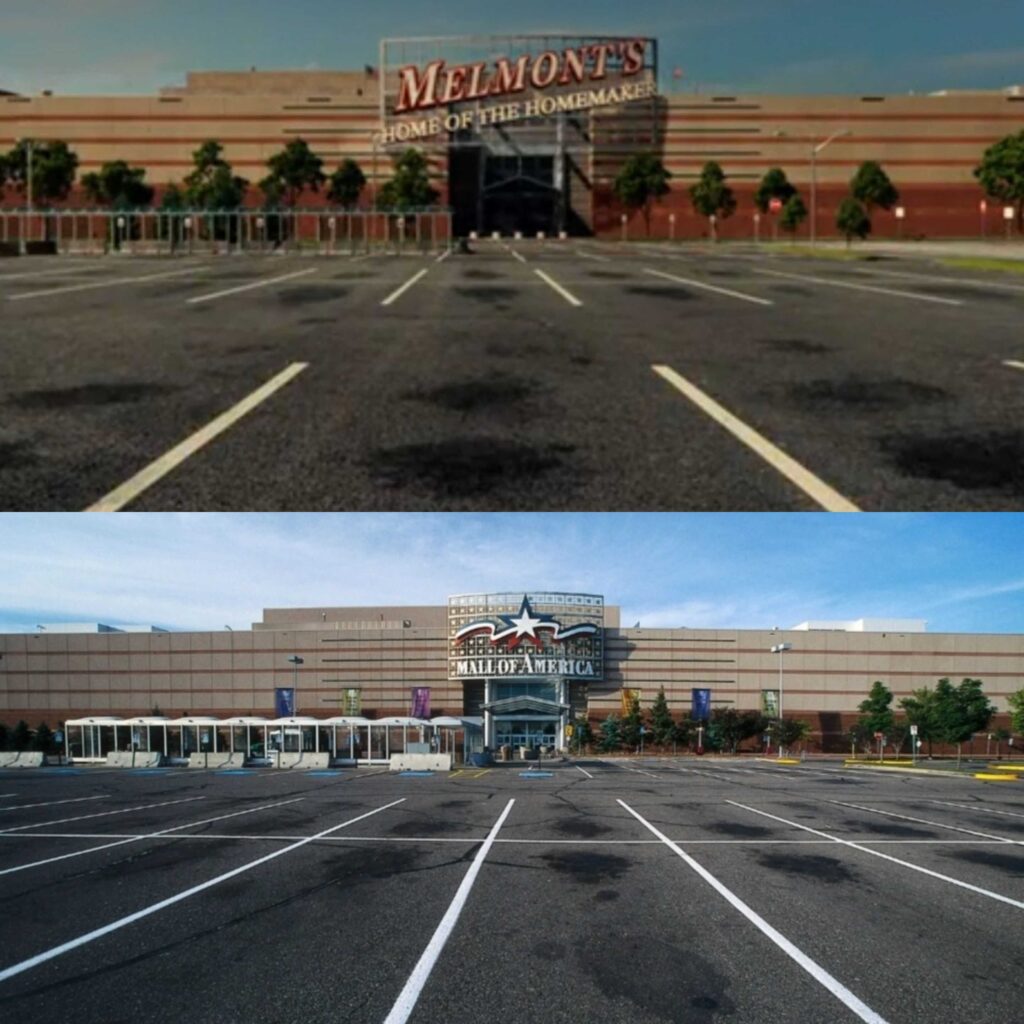 More Stories on The English season 1

10 thoughts on “Is The English based on a true story?”