Review Beauty and the Beast? Is there any point? If there was ever a movie that you already know whether or not you like, it’s this one. This new version is steady, workmanlike entertainment, but that’s all it is. Surprisingly little has been lost in the transition from animation to live-action, but nothing tangible has been gained, either. It’s almost a beat-for-beat retread of Disney’s 1991 classic. The songs, the characters, the vaguely sinister undertones – it’s all there, preserved and polished. And spit-shined. And buffed and trussed and draped with gilt and glamour.

Look, it’s a bit overdesigned, is all I’m saying.

Nothing wrong with that, per se, but when a production is so ornate and elegant that it becomes overbearing, you have to wonder what the movie is hoping to distract you from. Disney’s recent cycle of live-action reboots has been a fairly mixed bag; Maleficent was the best of them, largely because it spun the material so much that the dizziness became the point, but at least Cinderella had the good sense to reposition its title character as the actual heroine rather than a helpless ninny, and The Jungle Book did an admirable job of decoupling the fun animal stuff from the explicit colonial romanticism of Kipling’s original text. The point of these remakes has always been profit, of course; box-office slam-dunks given a leg-up by generational nostalgia. But Beauty and the Beast is the first of them to feel as though it exists for no other reason. 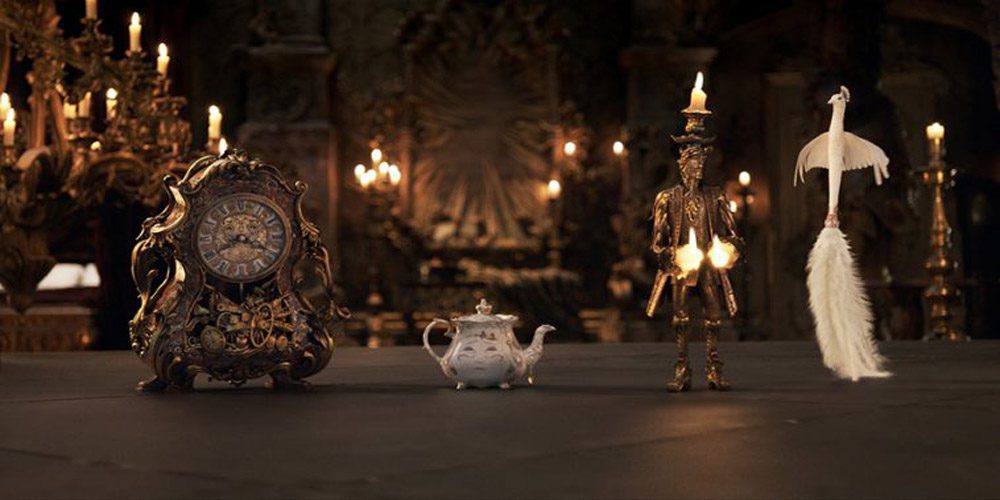 A valid point, I suppose, is that Beauty and the Beast doesn’t need a bold reimagining, or to be approached from a novel new angle. Most people already agree that it’s the best Disney animated feature, or at least one of them. The essential essence of the story – that of two people falling in love despite their outward appearances – is timeless. But this overlooks the miracle of the best, most transporting animation. In something like the original, or Snow White and the Seven Dwarfs, or even the Toy Story saga, there’s a catchy, poetic unity to every background, character, gesture, expression, effect, and flourish. It feels handmade; each component carefully crafted. Here, when you first step into Beast’s (Dan Stevens) curlicued castle, or wander with Belle (Emma Watson) through her rustic village, you can feel the staging and the visual effects doing all the heavy lifting. The magic is all bought and paid for. It doesn’t feel sprung from someone’s heart and imagination, but someone’s wallet.

You’d think this wouldn’t matter, and some of the time it doesn’t, but in many of the movie’s biggest, most iconic sequences, the surreal exuberance feels like work. Something like the dancing-plate “Be Our Guest” number, featuring Beast’s absurdly well-cast gothic fittings – among them Lumiere (Ewan McGregor), Cogsworth (Ian McKellen), and Garderobe (Audra McDonald) – suffers the most for it. But the film overall feels diffused of a lot of its manic, sprightly energy. It doesn’t seem dissimilar from an old-fashioned bustling stage musical – the Broadway version of Beauty and the Beast feels like a closer analogue than the animation does.

As a fantasy, then, there’s something distractingly standard about this year’s Beauty and the Beast. But as a romance, it’s mostly fine. The cast certainly helps. Emma Watson plays Belle as a wistful bookworm with a stubborn independent streak. You can see it in how she rebuffs the advances of Gaston, a handsome big-chinned suitor whom Luke Evans lends a slightly edgier duplicity than usual; and in how she rescues her kindly father, Maurice (Kevin Kline), from Beast’s castle by trading places with him. Beast himself is a petulant romantic cursed for his heartlessness and slathered in makeup and effects. He has giant ram horns and a depressed, feline face, but the fact he gets more time to himself in this version (including a new solo song) mostly serves to remind you how difficult it is to render this character in live-action. He can’t look too beastly and preserve the movie’s for-kids sensibility, but the less beastly he looks, the less interesting he is. 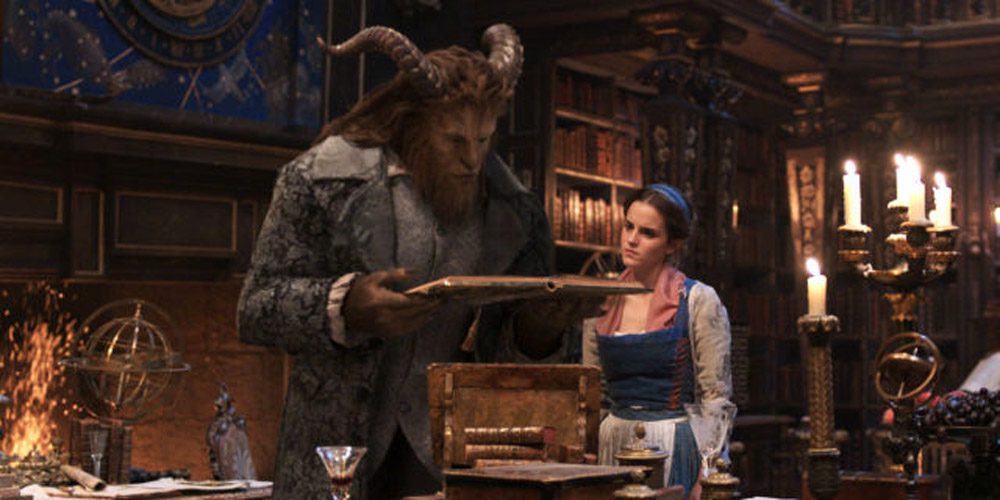 This is a movie that’s full of good ideas and smart decisions, but none of them really go anywhere. Most of the minor changes have been made to accommodate new songs, which are fine, but can’t match the calibre of something like “Belle”, the yearning, optimistic greet-the-day ode that Watson belts out as she tours her little village. Some of the fixes address longstanding plot issues, such as Beast’s age, the distance from his castle to Belle’s village, and a welcome chunk of backstory that attempts to explain his younger self’s bratty nature, but “welcome” doesn’t necessarily equate to “meaningful”. Elsewhere, Josh Gad’s worshipful stooge, LeFou, is a flamboyant gay man whose sexuality Disney insist is nothing to be shocked by in 2017. I agree. Which is why it’s odd that they mine it for its comic potential and leave the character otherwise unchanged. Gaston might as well have just carried a rainbow flag around.

Hey, look, I don’t dislike Beauty and the Beast. It’s eminently watchable, touching here, funny there, and if the idea of seeing a new version of the old thing appeals to you then there are worse ways to spend an afternoon. But it’s enjoyable without being essential, and while it more or less justifies its existence, it never quite convinces anyone that it was necessary. That’s reboot culture for you, though, isn’t it? What matters most is that future fans of Disney classics now need to buy two versions of their favourite.