Former Secretary of Labor Robert Reich used to serve under President Bill Clinton. During his time in government, he became aware of the relationship between politics and large corporations. His ambition was and still is to ensure capitalism is for everyone, and not just for the few. Since resigning under Bill Clinton, Robert has studied economics, become an endorsed professor and written a book about the gap that is ever increasing between the middle class and money-induced companies. Netflix Original Saving Capitalism follows Robert in his quest to educate and spread the word during his book tour. This easy-to-watch documentary confirms everything that we already understand in our disillusioned western society from the perspective of the USA.

What’s Robert Reich trying to tell us in Saving Capitalism?

That capitalism is broken. That it has been painfully dislodged for a long period of time. Saving Capitalism will not shock you. It will not reveal an exclusive fact that you did not already suspect.

Robert spends most of his time explaining how large corporations have relentlessly lobbied to gain political influence to change financial regulations which benefit the highly paid executives. Examples are tax breaks, bankruptcy protection, immoral policies, and ensuring that only a few get the juicy slice of the pie. Whilst he presents this, he offers a few case studies of those in the middle class who, despite working full time, can barely provide a full food shop. Again, this is nothing new, but you have to admire the intention of this Netflix Original.

What do you mean?

Saving Capitalism does not douse itself with conspiracy theories or rumour. The feature is run by an expert who at first hand has tried to deal with the class divide whilst in government. The documentary does not try to overwhelm you with financial jargon and complex terms that only a moderate Wall Street expert would understand. Saving Capitalism provides an honest effort to allow its audience to understand how the banks and large corporations work. This documentary is fair to the audience as well. 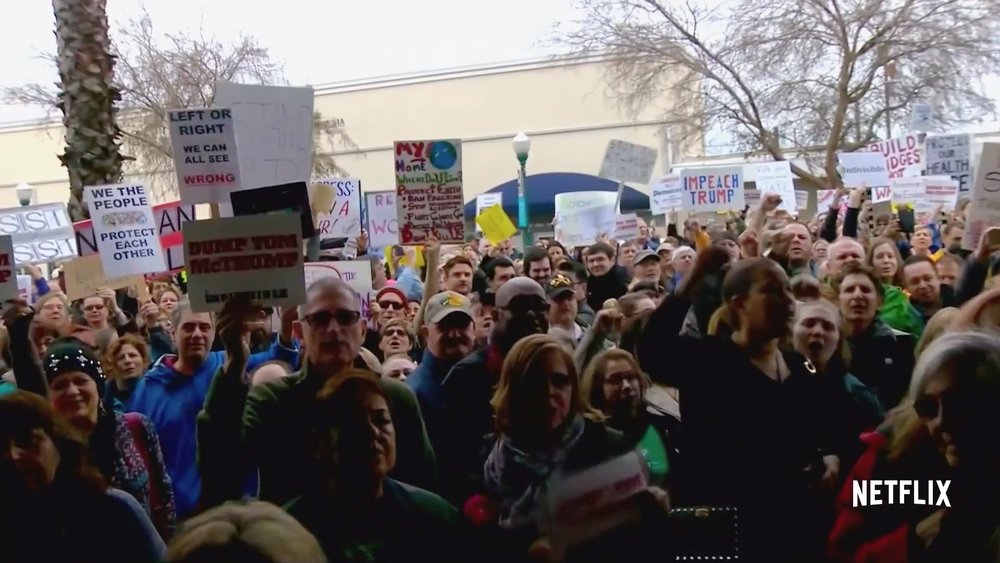 At the start I expected Robert Reich to tirelessly explain how evil business executives are. The documentary does try and see it from the perspective of the rich. There is a scene in particular where Robert meets very wealthy entrepreneurs. They appear angry that he has vilified them in his work. He tries having an honest conversation with his acquaintances. The point he was trying to prove is that we are all human. Everyone is at different stages of the money ladder with differing opinions.

Does it get political in this Netflix Original?

Saving Capitalism does extraordinarily well in remaining politically neutral, despite the topic. Money is sensitive but so is politics. Robert does not reveal himself politically. He instead discusses the Democrats and the Republicans side by side. As if both are as equally responsible to fix the economic turmoil we are in. He gets the salient messages that young people must fight but do so sensibly and patiently.

What do you actually learn from Robert Reich in this documentary?

That day by day, the non-rich are getting angrier, more money is made but like hot air, it is rising to the top rather than benefitting the public. At various moments I felt oddly upset and uncomfortable at the reality we live in. Our voices are loud but we are not being heard. Saving Capitalism delivers its objective well. The feature makes sure you feel something by keeping the facts quick and concise. It allows Robert to lead the way and demonstrate the pitfalls of our broken society.

Absolutely. Saving Capitalism not only demonstrates the failings of our government. Or the greed of large corporations and the flaws of policies. It also demonstrates the importance of campaigning and making sure we make our voices stronger.