Netflix’s latest Original, The Titan, is a criminally drab slab of science-fiction that sees a lifeless military man subjected to genetic experimentation. Directed by Lennart Ruff in his feature debut, The Titan stars Sam Worthington and Taylor Schilling, and was released on Netflix on March 30, 2018.

When your film stars Sam Worthington, subjecting him to shady government experiments probably seems like a good idea. The ones in The Titan cause his hair to fall out in clumps and his skin to slough away like dried-up fruit peels. They also keep him mercifully quiet for the latter half of the film. This, if you ask me, is an improvement. The Australian actor might be handsome, but he’s such a vacuous charisma trap that I’ve even heard Kellan Lutz ask who the f**k he is.

The dastardly eugenics experiment gone awry is hackneyed sci-fi screenwriting 101 – a handy way of avoiding any awkward questions about how one might actually go about colonizing a moon, which is the vague objective of the genomic meddling in The Titan. In the future, thanks to overpopulation and a nebulous nuclear event that left Los Angeles a smoldering husk, humanity is eyeing up real estate on Titan, the only moon in the solar system to boast a human-accommodating, nitrogen-heavy atmosphere. According to a state-sanctioned scientist played menacingly by Tom Wilkinson, the goal is to “evolve humanity into the stars.” 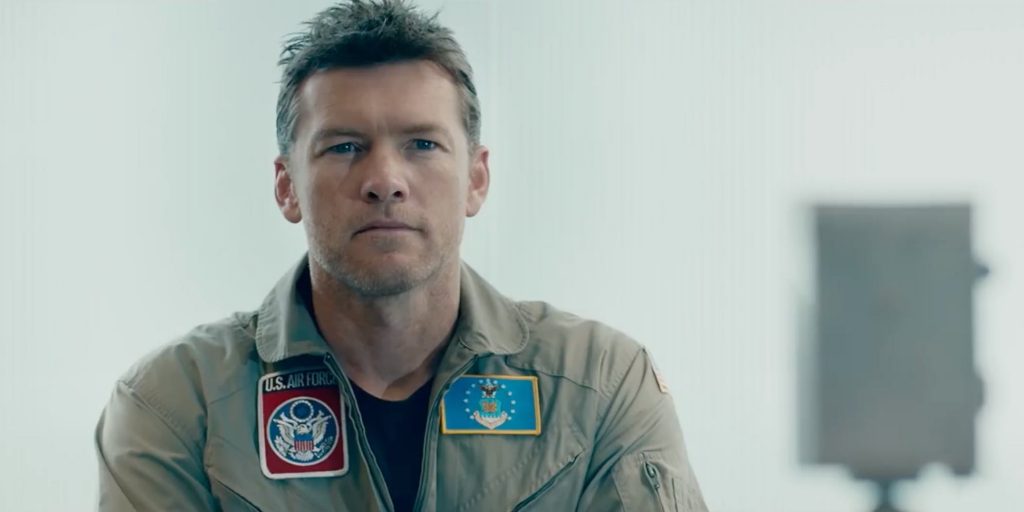 What this means, functionally, is that it’s cheaper and easier to film a government corruption story in a coastal NATO mansion than it is to actually set a sci-fi story in space. So, here we are, with a premise thoroughly wasted, and 90 minutes of toothless body-horror to endure as Worthington gradually transforms into what looks like a plastic recreation of a naked Lord Voldemort. Even imbued with bat DNA, Worthington still doesn’t manage to summon a single expression, so determined is he to not display a single shred of interest in any script he’s handed.

Not that the script for The Titan is worth getting excited about. Written by Max Hurwitz, it sees Worthington as former Air Force pilot Rick Janssen, who, along with his wife, Abigail (Schilling), and their young son, is relocated to a Department of Defence-funded seaside base. The various injections and military-style training that he and other servicemen and women are subjected to quickly cause them to sprout additional appendages, go blind, mutate, and suffer frenzied steroidal meltdowns.

If The Titan reminds me of anything, it’s probably The Cloverfield Paradox, another science-y Netflix offering that always seemed destined for the “Because you watched…” thumbnails, and spent an hour and a half setting up a more interesting story that you never got to see. The Titan has the same problem – the only time you want to see what happens next is at the very end – but also another, related one; it skips past all the stuff that would have given what we actually do see any kind of relatable context or emotional heft. Rick is a bland do-gooder, the generically put-upon noble husband, and we never get a sense of him being anything but that. His wife is burdened with convincing us of a love between them that feels second-hand. The Titan begins with the family having already made the decision to participate. How are we supposed to feel sympathy for their plight when, as far as we’re concerned, they’re getting what they signed up for? 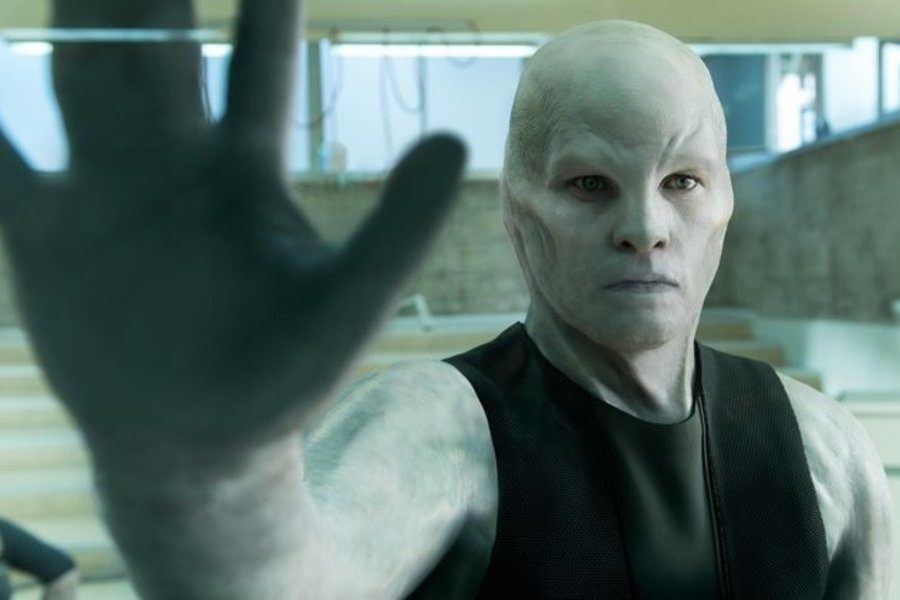 The Titan often mistakes gobbledygook about adaptation and evolution for some kind of drama, but unless you’ve got a degree in bullshit, it’ll do little to distract you from how profoundly uninteresting everything beyond the premise actually is. Other test subjects are wheeled out to be fraternized with, and things get said – none of them remotely interesting. Abigail, consigned to the role of suspicious wife, mostly watches from afar, steadily beginning to regret the endeavor. At one point she even wails at Wilkinson’s doctor character about being lied to, and it occurred to me then that we didn’t even get to hear the original pitch. Lied to how? About what?

I knew I was in trouble with The Titan when I imagined the lead being recast as a more compelling, charismatic actor – Michael Fassbender sprang to mind – and realized it wouldn’t make much difference. It’s a film about a nigh-emotionless alien-amphibian crossbreed even before the experiments begin, but it’s also a tired series of missed opportunities, with a slavish devotion to genre tropes that languishes on fatty, uninspired material until it’s too gluttonous to drag itself in an interesting direction. Luckily, by tomorrow I’ll have forgotten all about it. I’ll see it sat there on Sam Worthington’s Wikipedia page the next time I’m Googling his filmography to properly slander his latest project, and I’ll think to myself, “Huh, The Titan. I really should get around to watching that one day.” And I never will.