When a young offender, Zambrano (Adrian Ladron), arrives at the Santa Martha prison he hopes to be able to play for their football team – The Santa Martha Dogs. Things don’t quite work out as he’d hoped, as the only way onto the team is to join the The 4th Company, a select group of inmates who control the prison for the men in charge. They control drugs and alcohol in the prison, dish out punishments, and commit crimes in the city to order. They do occasionally play football as well.

I really wasn’t sure what to expect with The 4th Company. I knew absolutely nothing about the film going in. It’s bookended with archive footage, and so for a brief moment, I thought I might be in for a documentary about life in the Mexican penal system. In reality, the film is a drama based on a true story about a football team at the infamous Santa Martha prison in Mexico. As you may have gathered I didn’t really know anything about the true story behind the film either, but now having seen it I’m really interested to read a little bit more about it.

Perhaps the least surprising thing that I have learned from watching The Fourth Company is that life in a 1970s Mexican prison does not look like a happy time. I was expecting this to be more of a knock-around underdog sports film; the reality is a much more brutal crime drama. I’d say the closest comparison I can think of is The Longest Yard meets Goodfellas via Scum with a sprinkling of The Shawshank Redemption thrown in there. It’s an unusual cocktail but for the most, it’s really engaging, if at times quite difficult to watch. 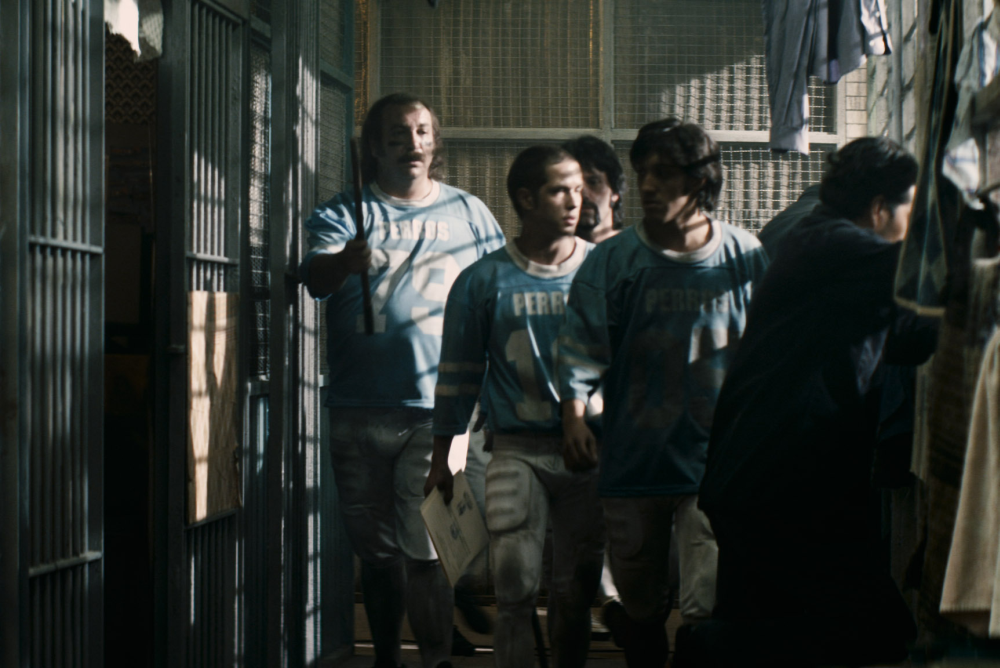 As I’ve already mentioned, life in prison doesn’t look to be too much fun, but I really wasn’t prepared for quite how brutal life was from the outset. There are scenes of fairly graphic violence pretty early on and throughout, and things only ramp up from there. There’s torture, sexual abuse, drug taking, you name it’s going on in the prison. It’s a gritty and grimy film at times with everything covered in a constant layer of dirt and decay. It made me want to take a shower (alone, not a prison group shower) almost immediately after I’d seen it.

The 4th Company is a real rollercoaster of a film; in one scene we’re watching some pretty full-on organized crime – it might be a ritual beating, it might be an armed robbery, nothing is really off the table. The next scene will show the Dogs in action or training for a game and you can’t help but root for them. It’s this contrast in emotion that I found to be the most difficult to reconcile while I was watching. On the one hand, I was utterly appalled by what the gang was forced to do to keep order in the prison because they almost seemed to relish it. On the other hand, I am a sucker for a sports movie and I couldn’t help but become invested in the team and their successes. I think that this balance is ok, but only just. It’s certainly something that’s tough to pull off and for the most part, I think The 4th Company manages it.

This is a fascinating film that really demands your full attention. It grabbed from the start and I have to admit I was hooked despite my struggle with the competing emotions of the plot strands. That aside I think my biggest complaint would be that the film tries to cram in a lot of characters and this feels like it’s at the expense of character development. There were revelations and events unfolding towards the end that didn’t resonate as I think they were intended to because it didn’t feel like the character had been fully drawn.