Dude is a fresh feeling, female-led stoner comedy despite also being a fairly by-the-numbers coming-of-age film. Olivia Milch’s directorial debut is at it’s best when it’s being funny and it could have succeeded even more if it had stuck with that all the way.

Dude is a fresh feeling, female-led stoner comedy despite also being a fairly by-the-numbers coming-of-age film. Olivia Milch’s directorial debut is at it’s best when it’s being funny and it could have succeeded even more if it had stuck with that all the way.


Dude is a coming-of-age film that we’ve seen plenty of times before, but that doesn’t make it any less enjoyable. In fact, a group of women leading a stoner comedy that’s also directed by a woman is a welcome bit of freshness. This is Olivia Milch’s directorial debut and she does a perfectly good job in creating a film that feels true to life, no more dramatic than it needs to be, and relatable enough that it feels worthwhile you watching it.

She is credited as being one of the writers on the upcoming Ocean’s 8, which seems like quite the change from Dude, but it’s clear from watching this film that she is more than capable in taking what is an almost exclusively male-dominated genre and putting a fresh female twist on it. 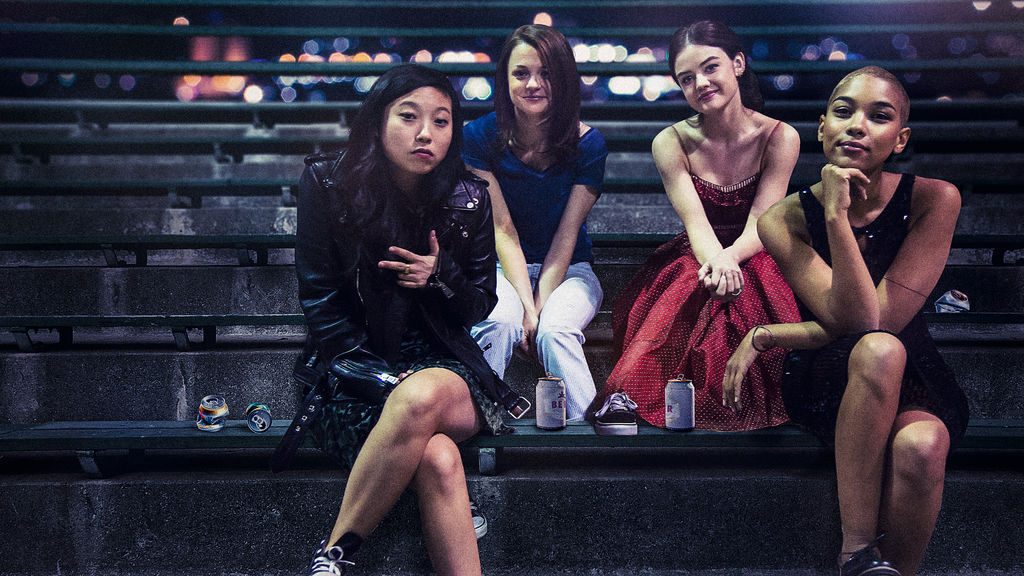 The friend group we follow in Dude is made up of Lucy Hale (Pretty Little Liars), Alexandra Shipp (Love, Simon), Kathryn Prescott (Skins) and Awkwafina (Bad Neighbours 2) who all bring their own dynamic to the group, and it’s clear from watching them that this was a fun movie to make. As far as the story goes, there isn’t a great deal to tell. It’s a very typical “teenagers finishing high school” kind of tale with all the things you expect to find in such a film. This, sadly, is Dude‘s shortcoming. While tonally it feels very fresh, having females lead a stoner comedy, it’s coming-of-age story couldn’t feel blander.

It really doesn’t offer anything new from a story or character standpoint. So much so that you know exactly the kind of arcs each character is going to go on right from the start. Quite often, however, we enjoy watching films where we don’t have to think, where we can just sit down and enjoy ninety minutes of entertainment. That is what we have with Dude. 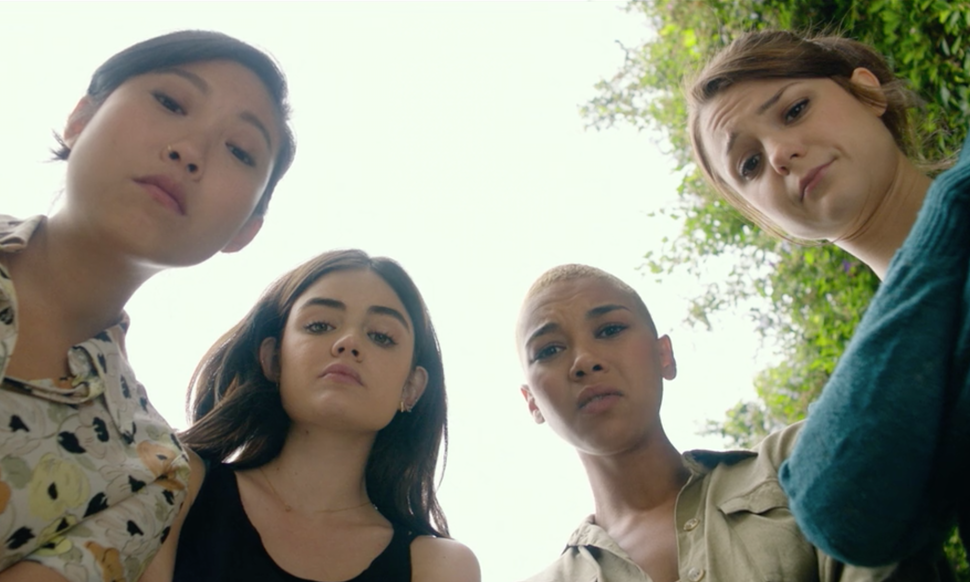 If Blockers is the female version of American Pie, then Dude is the female Dazed and Confused. Admittedly, Dude is nowhere near as wonderful as Dazed and Confused, but it does feel very similar. It could perhaps also be said that this film should pick which sub-genre it wants to fall in. Is it a true stoner comedy or is it coming-of-age? Of course, this doesn’t necessarily matter. It works well enough as both, even though it has much better stoner humor than it has story.

Dude is not a life-changing film, but it’s far from a bad one. As a directorial effort, it shows promise; from an acting standpoint, it’s exactly what is required; as a stoner comedy, it’s really rather funny; but as a coming-of-age film, it is very by-the-numbers. Who knows, if it had fully embraced being a stoner comedy, we might be talking about a much better film.