Expertly crafted and emotionally resonant, The Clone Wars Season 5 represents the high water mark for the animated show and offers some of the best Star Wars stories in the current canon.

Expertly crafted and emotionally resonant, The Clone Wars Season 5 represents the high water mark for the animated show and offers some of the best Star Wars stories in the current canon.


Star Wars: The Clone Wars Season 5 is part of the current Star Wars canon. You can check out the entire timeline by clicking these words.

The Clone Wars Season 5 is the best season of The Clone Wars, more or less, in no small part because it focuses almost exclusively on the rise (and subsequent fall, though not through any fault of her own) of Ahsoka Tano. As I’ve said before, Ahsoka is the greatest contribution to the canon that the animated show managed to muster in five and a half generally above-average seasons and should be discussed only with the kind of reverence that she commands. That’s just the way of things.

Anyway, as it is divided up rather neatly into five multi-episode arcs, it’s easy enough to write about The Clone Wars Season 5 in terms of each distinct story, stopping off for all the surprising deaths and odd moments of emotional resonance we were treated to along the way.

Thus, we begin on Onderon, which was technically the start of the season even though the episode listings would have you believe otherwise. Here, Ahsoka embroiled herself within the beginnings of a rebellion and grappled with her feelings on such things, particularly that pesky fine-print of the Jedi Order that suggests feelings in and of themselves shouldn’t be acted upon. Here begins, then, the start of Ahsoka’s disillusionment with the Order itself, although this particular block of episodes lacks the impact to do much with such a theme. Take note of it, though, as it’s one of the recurring ideas that The Clone Wars Season 5 will return to. 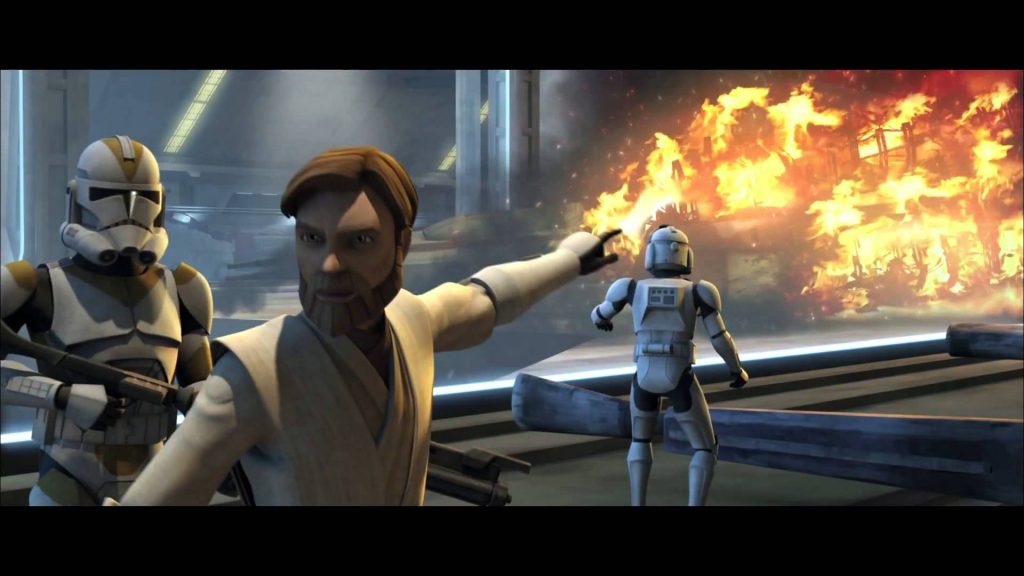 In the second arc, Ahsoka – again! – was on-hand to steer a group of younglings through a Jedi rite of passage – that of assembling their own lightsaber. A change of pace, no doubt, but an enjoyable story nonetheless, particularly with David Tenant around as an ancient droid instructor, and Hondo (the pirate) functioning as an antagonist and then an ally, in the usual way that morally-fluid characters in Star Wars tend to. These episodes worked better than the previous batch on the strength of Hondo and then Grievous lending some real danger to proceedings – I could have used either to breathe some life into the following arc, but alas.

Yes, we returned to a droid-focused storyline in The Clone Wars Season 5, and throughout most of it, I did what I quietly hoped the droids themselves would do, which is switched off. Sorry, I know there are fans that are massively, somewhat creepily enamored by droids in the Star Wars universe, and I’m partial to the odd tale of misbegotten sentience myself, but this didn’t do anything for me. I didn’t find the weird tiny colonel as hysterical as I was clearly supposed to, and it being four episodes in length was an egregious error in structure and pacing.

Never mind that, anyway, because what followed was Darth Maul and Savage Opress continuing to run riot in a series of episodes that included the formation of a galactic mercenary force, the takeover and occupation of neutral Mandalore by said force, the rebellion against that hostile occupation by a splintered nationalist terrorist faction, Darth Sidious enforcing the Sith’s “Rule of Two” with various karate-kicks and akimbo-saber slashes, and the eventual liberation of Mandalore, which included the deaths of three major characters. I don’t think anything else needs to be said about these episodes – that description should communicate their awesomeness adequately enough. 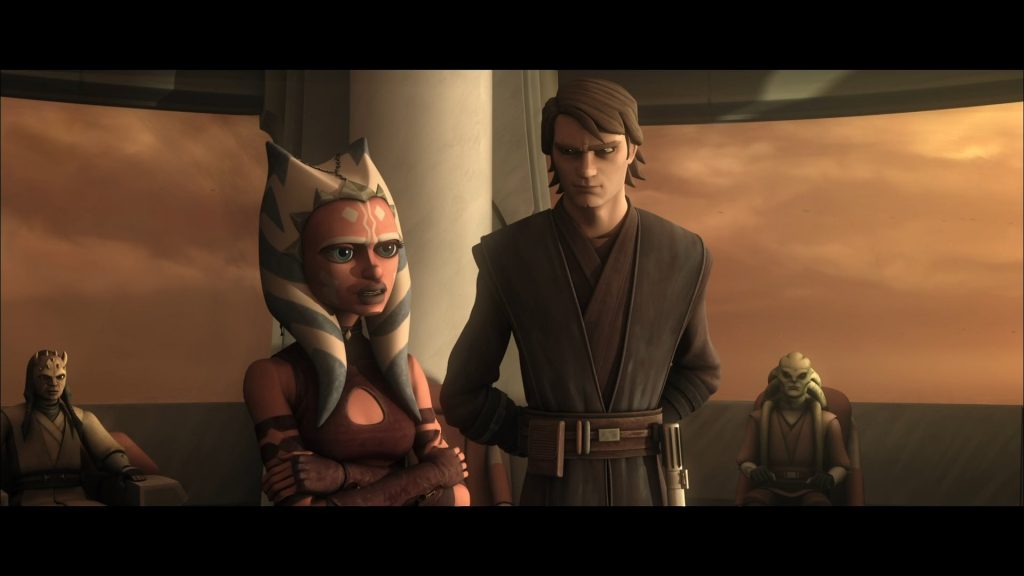 And so we come to the finale and the culmination of all Ahsoka’s character development across a feature-film and five seasons, as she’s wrongly accused of murder and sedition and forced to go on the run from both the Jedi Council and the Republic itself in order to clear her name. She eventually does so with the help of both Anakin and Asajj Ventress – neither of whom had done much throughout the season. After being disbarred from the Order – that’s probably not the right term, but oh well – and interrogated by Tarkin, it all seemed too much for Ahsoka, who despite being proved innocent and cordially invited back into the Jedi ranks, told the council to stuff it. Good on her.

This, despite being generally very well-done and involving, and even including a quite surprising heel-turn for good measure, is important for how it frames Anakin’s mindset by the time Episode III: Revenge of the Sith rolls around. We see flashes here of his potential for anger and violence, especially as he begins to feel more and more powerless in Ahsoka’s fate, and by the end of it all, having seen how the Order he has pledged his life to mistreated someone he had come to truly respect and care for, it’s no wonder he butchered all those dirty children.

The Clone Wars Season 5 represents, really, the culmination of everything the show had been trying to accomplish since its inception; the coming together of gradually-improving animation, visual and written storytelling, and fight choreography. The finished product moves like the well-oiled imaginings of a die-hard Star Wars fan; someone who would treat a lightsaber duel between Darths Maul and Sidious with the gleeful enthusiasm such a thing deserves.

Droids aside, The Clone Wars Season 5 offers some of the best Star Wars stories in the current canon, and should be treated with the respect it – and Ahsoka, bless her – deserves.