Aiyaari is a convoluted mess of a film; an espionage thriller that purports to have a lot on its mind but delivers only hackneyed cliches and nonsensical writing stretched paper-thin over 160 tortuous minutes.

Aiyaari is a convoluted mess of a film; an espionage thriller that purports to have a lot on its mind but delivers only hackneyed cliches and nonsensical writing stretched paper-thin over 160 tortuous minutes.

New on Netflix today is Neeraj Pandey’s Aiyaari, a messy and overstuffed espionage thriller that runs for 160 agonizing minutes. Checking your watch during a bad movie is nothing new, of course, but it’s rare that I find myself checking the calendar. Still, here we are.

Aiyaari concerns an unofficially-funded covert ops unit headed by Colonel Abhay Singh (Manoj Bajpayee), who is the kind of bloke to execute foreign agents without much fuss. His protégé, Major Jai Bakshi (Sidharth Malhotra), initially adores him, but quickly becomes disillusioned by the futility of their off-the-books operations and the inherent corruption of his country’s defence deals. Getting cosy with corrupt retired army officer Gurinder Singh (Kumud Mishra), who is himself a front-man for a Czechoslovakian arms manufacturing company owned by Kapoor (Adil Hussain), Bakshi wants to peddle sensitive intelligence that Singh would rather he didn’t.

It’s a classic master vs. student setup, and not an altogether uninteresting one, even if we’ve seen it done much better plenty of times before. Both men are familiar with each other’s methods, one naturally underestimates the other, and endless chases ensue, complete with liberal use of slow-motion and a grab-bag of parallel storylines that never really coalesce or amount to much. And it lasts for almost three hours. Did I mention that? 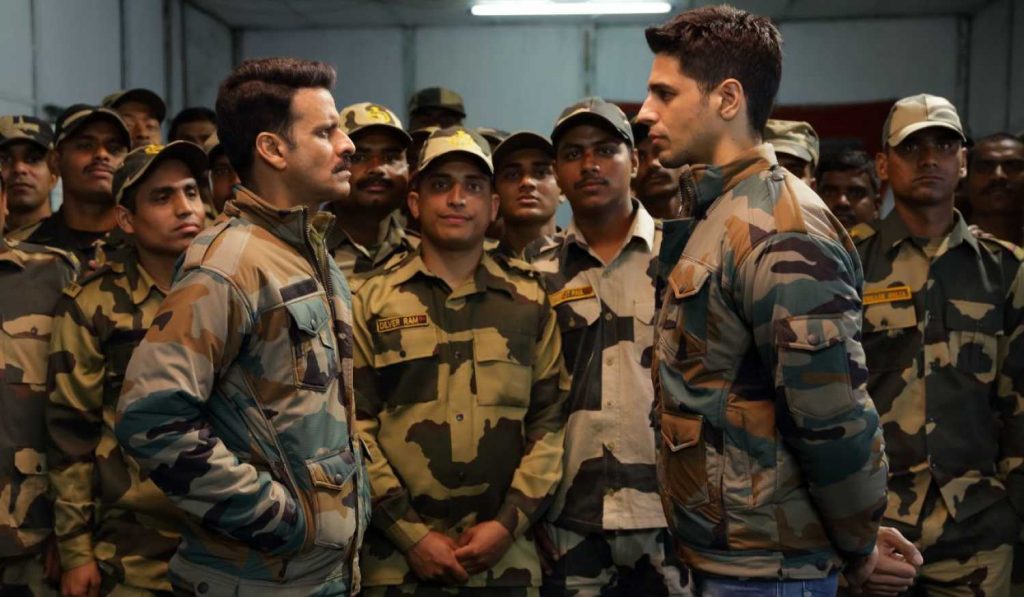 Pandey likes the idea of the individual or the collective rising up against the system, and in Aiyaari, you can almost spot the film he thinks he’s made hiding in the margins of this one. Army officials, politicians, lobbyists and arms dealers are all involved, but the film never manages to properly incorporate them, instead honing in on a dopey agent who roams around gathering evidence of sordid dealings like Pokemon cards but never does anything worthwhile with them.

Malhotra starts out well enough, but after a while the screenplay overwhelms him. The same can be said of everyone else, who barf lines of dialogue like they can’t wait to rid themselves of the taste, and are forced to behave in unconvincing ways. Nothing is compelling, and everything demands much more endurance than is reasonable.

Even with the remarkably generous running time – 160 f*****g minutes! – Pandey can’t find the space to bring all his disparate themes and ideas together. Aiyaari is clogged with nonsense, too much for the narrative to squeeze past, and it grinds to a halt regularly. In the end, like all overstuffed entrails, Aiyaari is full of s**t.