Marvel’s Luke Cage season 2 offers a serviceable slice of street-level superheroics, but falls victim to the usual problems and an overconfidence born presumably of its first season’s overblown reception.

Marvel’s Luke Cage season 2 offers a serviceable slice of street-level superheroics, but falls victim to the usual problems and an overconfidence born presumably of its first season’s overblown reception.

When the first season of Marvel’s Luke Cage was released, a bulletproof black American was the most potent political statement one might hope to find in a piece of mainstream media. And as there is no media more mainstream than the Marvel Cinematic Universe, particularly not the slices of it delivered by Netflix, the world was ready – nay, eager – for a neo-Blaxploitation icon like Luke Cage. His trademark hoody, lacerated by bullets, flapped in the Harlem night like Superman’s cape.

The mainstream press, rather predictably, reviewed that first season’s political leanings and conveniently left out any mention of its numerous flaws. Little was said about the glacial pacing, or that it stretched perhaps eight episodes of story into thirteen hours. Less was said about how the homages to Blaxploitation bedrock were often cheesy or deployed thoughtlessly, or both. Some mention was made of the egregious decision to off Mahershala Ali’s villain halfway through, but not enough – at least not by my estimation. It was a decidedly average season of television with an above-average evocation of community and culture, which was enough, apparently, for it to be hailed as a masterpiece. (If you were wondering what the critical reception might be like for a show of roughly analogous quality that had the wrong politics, you need look no further than Marvel’s own Iron Fist.)

As Luke (Mike Colter) himself often reminds us, he’s six-foot-three and black; there’s no mistaking him. But now he moves among the #MeToo and #TimesUp movements, with conversations about gender parity and ingrained pop-cultural misogyny at the forefront of public discourse. African-American cultural reclamation seems a less pressing, less on-trend concern, chewed up and swallowed by the ravenous maw of outrage culture. Racism, particularly of that most insidious, systemic strain, hasn’t gone anywhere. But the fervour for a superhero like Luke Cage, at least in the bulging eyes of those who gawp only at the contentious topic of the moment, isn’t quite there anymore. 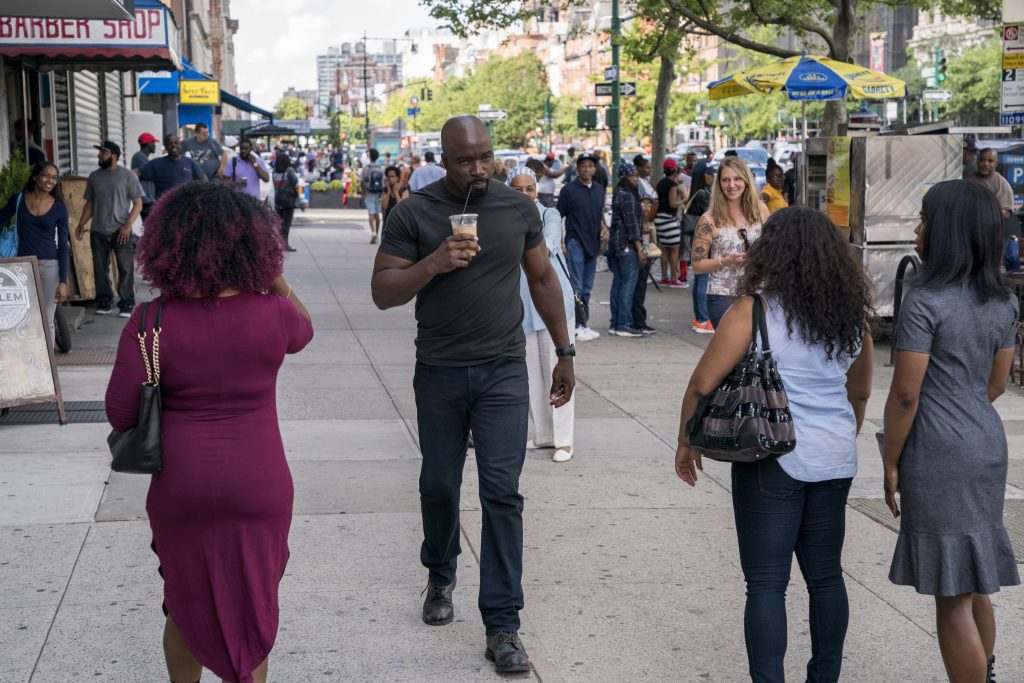 Without it, what’s left? One hopes it isn’t solely the quality of the show itself, because as before, the second season of Marvel’s Luke Cage is a flawed and underwhelming exercise in self-congratulatory back-patting. Although it holds together somewhat better thanks to a clearer structure and a compelling, layered villain, there is plenty wrong with it. Some of the problems are inherited. It is, for instance, several episodes too long, as these things all tend to be. But some issues are symptomatic of the first season’s overblown reception. The various lounge acts of Harlem’s Paradise aren’t the only ones playing to the crowd.

Some of it, it must also be said, has descended into self-parody. The early episodes find Luke as a local hero, beloved by Harlem’s citizenry and feared by it’s criminal contingent, who speak of him with the kind of deferential awe typically reserved for the heroes in 90s action movies. Luke himself has bought into his own hype. He’s being scouted for endorsement deals by sportswear giants and gleefully films promotional materials that highlight his superhuman feats of strength and speed. One of the season’s few truly funny recurring jokes is the Jamaican locals refusing to accept that Luke is “faster than Usain Bolt,” as the marketing spiel claims.

Luke often bellyaches about being spurned by the Jamaicans. His attempts to preserve his local status by any means necessary are faintly pathetic, and rarely ring true. At one point, after foiling some low-level hoods and marching out of a fire with the flames lapping idly against his faultless skin, he recites a tough-guy speech to his unofficial videographer about how he can’t be burnt or broken. At the end of it, he dabs. Turns out people still do that. 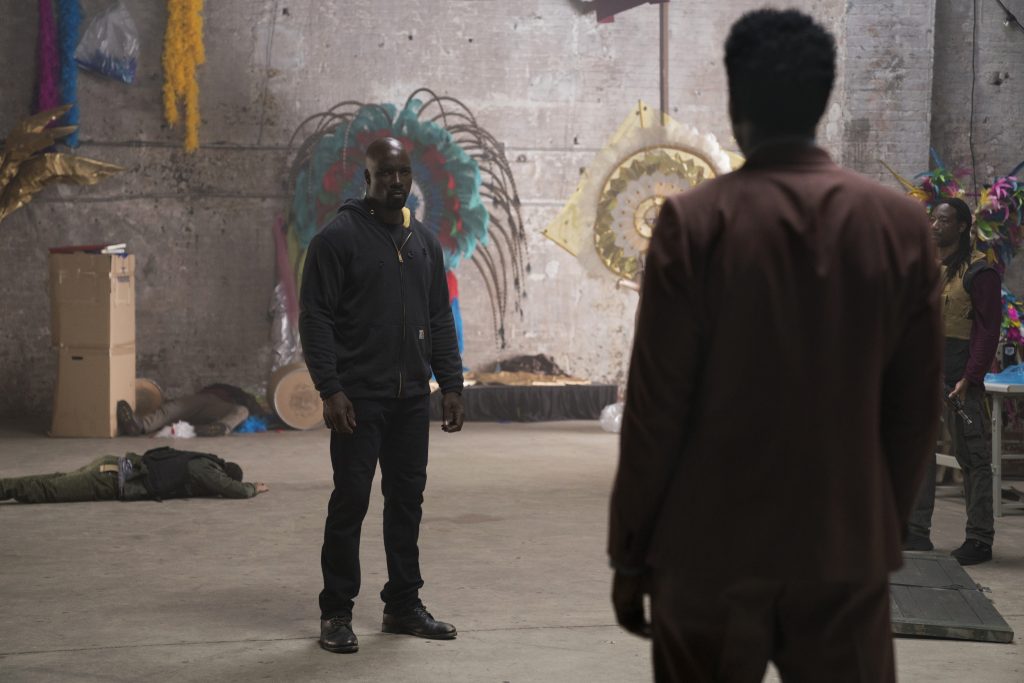 I have no idea if this is supposed to be cool or funny, but it’s neither, and chafes awkwardly against Luke’s arrogant and dangerous belief that his own, increasingly-violent brand of vigilantism is the only way to right Harlem’s wrongs. His assertion that the borough is being underserved by its corrupt and cavalier institutions isn’t unreasonable; the local police, in particular, seem inordinately concerned with working against him rather than with him. There’s a case to be made against private citizens taking the law into their own hands, of course, but Luke Cage season 2 never seems all that interested in making it. Everyone other than Misty Knight (Simone Missick), who is also ostracised thanks to a missing arm and a public history with New York’s street-level superheroes, is written as being overly catty or self-serving, seemingly without much reason beyond the show’s constant need for friction.

Things undeniably improve whenever Luke is off-screen, again making the title character the least interesting component of his own show. This is partially a consequence of him being physically invulnerable, but it’s also symptomatic of sloppy, overconfident writing, which makes me wonder how other aspects of the show can feel so incisive and engaging. The burgeoning relationship between Mariah Dillard (Alfre Woodard) and Shades (Theo Rossi) is excellent stuff, and better still is the unconventional one between Shades and his right-hand man, Comanche. The season’s most interesting dynamics are shared between the three of them, as Shades, smitten, grapples with leaving his baser, more arguably honest gangland nature behind him for more white-collar and potentially lucrative crime.

Trouble is Mariah and Shades hand off the legacy of Cottonmouth’s gun-running business to someone worse than them and inarguably better than this show – a superpowered Jamaican gangster who calls himself Bushmaster (Mustafa Shakir). I cannot imagine his thick patois shared a scribe with Luke’s tiresome bravado; the gulf in quality is so distinct that you can scarcely believe they share the same show, let alone the same language. Bushmaster believes his heritage gives him cultural claim to Harlem, but there’s more to it than that – I’m contractually obligated to say no more on the matter, which is likely just as well. 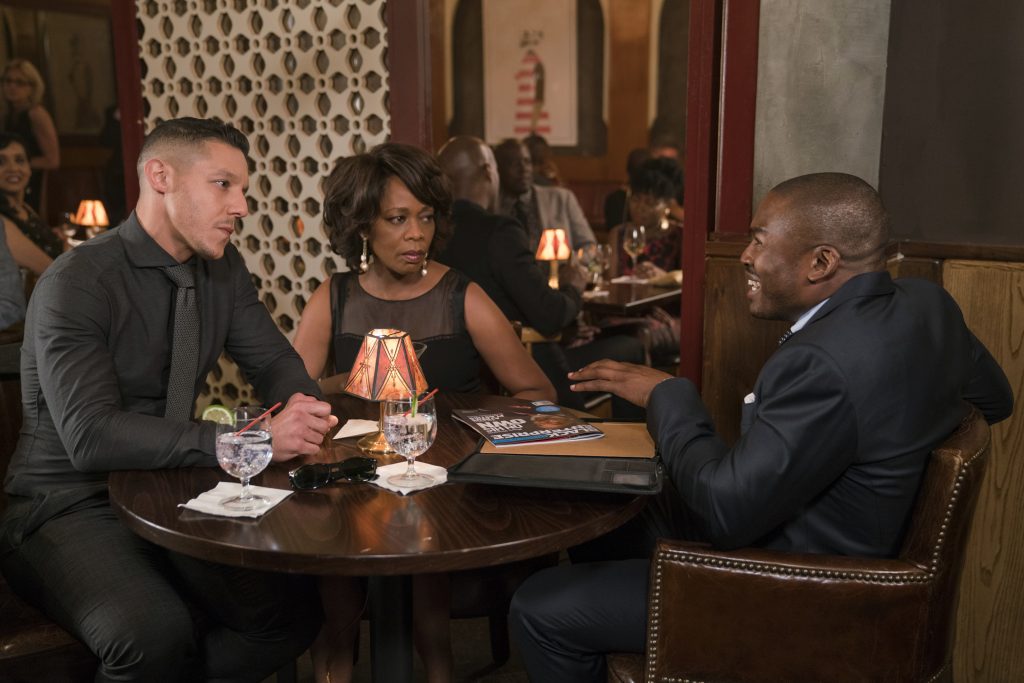 In a way, it’s refreshing that Luke Cage season 2 elected for a black-on-black cultural rivalry rather than casting its villains as white bogeymen – a crutch that the first season never succumbed to either, even though what it served up in Diamondback was hardly an improvement. But Bushmaster joins the likes of Wilson Fisk and Killgrave as villains who pick up their respective shows and walk away with them, in large part because they’re embodiments of their underlying themes.

It’s just as well, as the show’s attempts to tackle the knotty issue of parental estrangement through both Luke’s relationship with his father and Mariah’s relationship with her daughter (Gabrielle Dennis) offer mixed results, and its insistence on post-Defenders name-checks and cameos becomes tiresome quickly, especially as they only rarely serve the plot. One has to wonder which version of Harlem Luke Cage season 2 hopes to embody: a vivid and authentic one, or one sprung to life by its association with Marvel and Netflix’s other properties? In the first season, Pop’s barbershop would frequently host several generations of gossiping Harlem locals. In this one, it’s mostly empty.