Suits season 8 episode 3 “Promises, Promises” has all the makings of an impactful story but in reality, it serves as a non-episode.


If you take your mind back to last week, Suits played the pecking order game, pitting each character against each other to try and make a power play in the firm. Suits season 8 episode 3 does the absolute opposite, with the main players making life-changing assurances to their proteges. “Promises, Promises” is an episode that had all the makings to be a blockbuster but unfortunately, it made some unusual plot turns that I am sure will not be long-lasting.

Harvey Specter is the main error of Suits season 8 episode 3. There is a rather unusual scene in the men’s bathroom where he ends up in a conversation with a cleaner, who is upset because the building’s landlord has not paid for her overtime. Harvey’s new moral compass feels oddly wild as someone who always puts the firm first. He almost appeared possessed, deciding to pick a fight with Landlord David Fox over the contract. Now, if you do not remember Mr Fox from season 7, he is the embodiment of a savvy prick, that feels aroused by owning top business buildings. For the first time ever, you experience Harvey tasting the reality of rich versus poor, a theme I never thought would be mounted onto the macho lawyer.

The absence of romance is dealt with in “Promises, Promises”. Well, a slight flame is seen. Brian decides to cover Katrina’s back, who has been promised senior partner by Louis Litt, which does not seem probable at present. The two entertained a conversation about “being best friends”, which was odd. The entire Katrina and Brian dynamic is a sure way for Suits to replace the void of Mike and Rachel, who, fortunately, are not missed at all. Suits at this stage are not crying for a romance because it needs its punch back, but let’s hope Brian and Katrina offer more than soppy conversations about friendship. I am sure some drama will come of this, especially with Louis Litt being their boss. 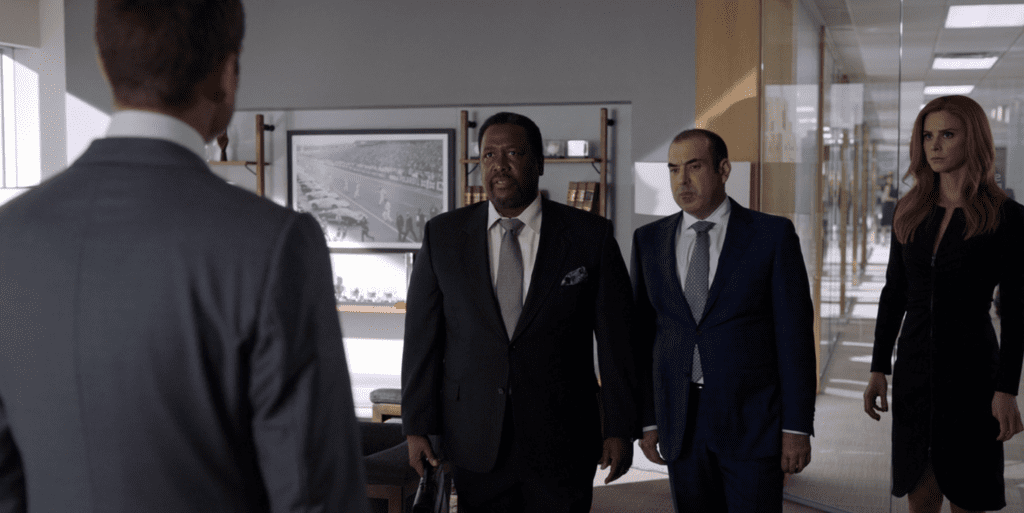 Suits season 8 episode 3 continues the story of Alex attempting to land a big client. There is an issue here. Since Samantha has entered the fold and is essentially Harvey’s new partner to tackle the hard cases with, Alex has skirted the fray and barely had any impact on the narrative. The character is trying to impress Robert Zane but the problem is – no one cares. And the reason why is because he is so far removed from what everybody else is doing that he does not fit into the firm. Samantha, on the other hand, is adding fire to scenes, challenging anyone who crosses her path and making Louis sexually nervous, which can only be a good thing.

“Promises, Promises” builds the anticipation that all the characters are about to come to blows. All you really learn is that Harvey misses Mike, so compensates by trying to look after disadvantaged people. Suits season 8 episode 3 is, unfortunately, a non-episode, with nothing of importance happening.