Netflix continues, sniper-like, to target the South Asian market with Nikhil Bhat’s Brij Mohan Amar Rahe, otherwise known as Long Live Brij Mohan, although the streaming giant elected to run with the original title as the film was today made available to the platform’s 130 million-strong subscriber base.

Arriving not long after Sacred Games, the first Indian Original series that was met with widespread critical acclaim, including from myself, it’s not surprising for Netflix to target the dark-comedy that premiered last year at the South Asian International Film Festival in New York.

Having said that, it might not be the best of ideas, as Brij Mohan Amar Rahe isn’t very good. Revolving around an unhappy thirty-something lingerie shop owner, Brij Mohan (Arjun Mathur), it chronicles his attempts to better his humdrum life by engaging in various shenanigans that include lost teeth, fake identities, real deaths, and Brij, having assumed the fake identity of Amar Sethi, being put on trial for his own murder. 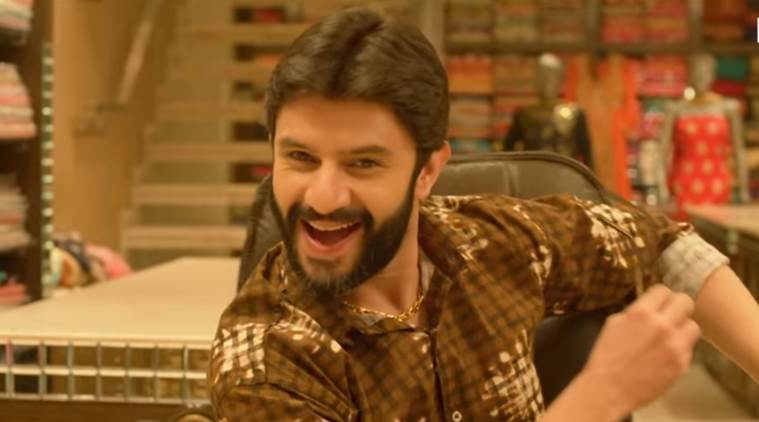 Brij Mohan Amar Rahe swerves the ostentatious Bollywood clichés you see in a lot of Hindi films and instead delivers something closer to real life, as petty men roam the slick city of Delhi trying to con their way to betterment. The metaphors and commentaries are clear; a bit about materialism here, some jabs at the archaic institution of marriage there, and some broad critique of a sex-obsessed contemporary culture pretty much everywhere.

Arjun Mathur convincingly plays the duelling identities at the film’s core, but it doesn’t amount to much. Brij Mohan Amar Rahe isn’t a long film, but its vaguely anecdotal structure fails to maintain any real sense of dramatic flow, knitting together one scene after another of the so-called hero being caught doing the wrong thing in the wrong place at the wrong time. There’s never any sense of a cohesive theme or a point to be made beyond, simply, that taking shortcuts inevitably results in you getting lost. The film’s implacable moral viewpoint is more a result of sloppy screenwriting than intentional ambiguity. Suggesting that Brij Mohan Amar Rahe is somehow saying more about society by refusing to commit to a perspective is giving the film more credit than it deserves.