First impressions suggest that Undercover Law offers an action-packed crime drama from an unusually feminine perspective – just far too much of it.

First impressions suggest that Undercover Law offers an action-packed crime drama from an unusually feminine perspective – just far too much of it.

You can have too much of a good thing, which you swiftly learn when your humble, home-grown media outlet develops a reputation for being the go-to place for same-day Netflix coverage. Every now and again the streaming giant, in its infinite wisdom, decides to take the p**s, and drops a sixty-episode Colombian crime drama on your lap with no warning whatsoever. Such is the case with Undercover Law, which deposits several women on perilous undercover missions, and if you have no job, relationship or other interests at all, you can now witness them from the comfort of your living room.

Full disclosure, then: this review is based on the first few episodes of Undercover Law and should be taken primarily as a first impressions piece rather than a proper review. It should be enough to give you a sense of what it’s about and what it’s like, but I wouldn’t take it as gospel. It might turn into a supernatural romance by the end, for all I know.

What it begins as, though, is the story of several female intelligence agents disappearing into dodgy climes with fake identities, all while trying to precariously balance their home lives – ill mothers, jealous brothers, expensive sports-playing sons, and the age-old dilemma of choosing between a family and career… that kind of thing. It’s apparently based on a real-life super-secret-agent team, but I have no idea if that’s true or just marketing spiel. Details are thin on the ground about Undercover Law and its basis in “fact” – I suppose that kind of thing is very hush-hush. 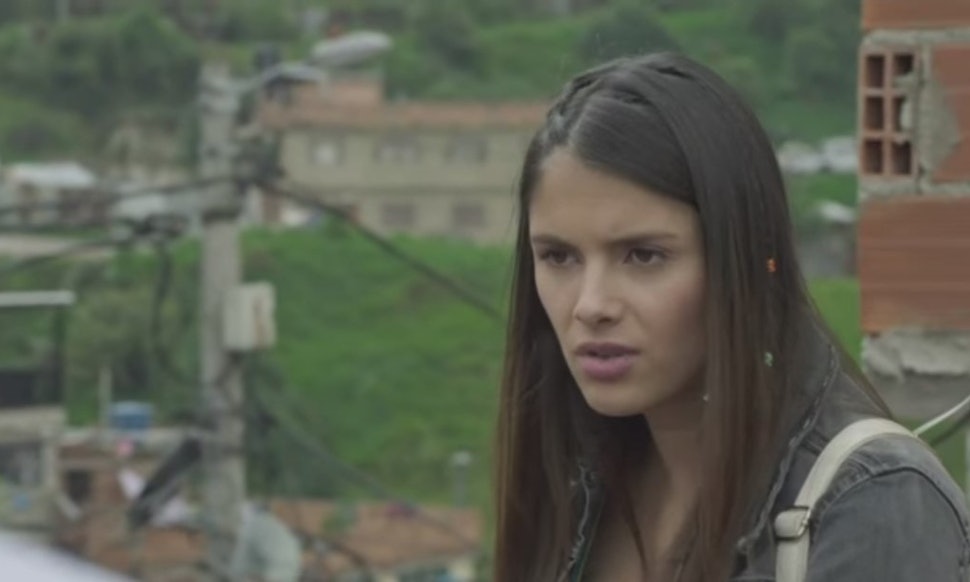 Then again, I can barely find any information about Undercover Law in general or Netflix’s handling of the rights. It certainly wasn’t screened for press, and beyond it having aired on the Caracol International network at some nebulous point in the past, nobody seems to know much about it. It’ll slot neatly into the “overseas crime drama” category which the platform seems so fond of lately, and it’ll likely make a good “Because you watched Narcos…” recommendation, provided you don’t have anything much to do for the next several weeks.

But the selling point is obviously the female-focused approach, and in selecting as protagonists a bunch of relatable, down on their luck women, Undercover Law does have a vibe that sets it apart. The setups are your typical tropical shenanigans, replete with gunfire, running and dirty money on fold-up tables, but the appeal is seeing how those trappings apply to the ladies – and not just in a superficial, tokenistic way. The roles of undercover secret agents are usually occupied by men, but it isn’t enough for Undercover Law to just swap the genders and call it a day; there’s also effort made to show how the freewheeling life of a drug mule or a mafia pilot informs and effects the women’s other, quintessentially-feminine roles as mothers, wives, carers, and so on.

There’s definitely a market for that kind of approach – the question is whether that market has the time spare to gorge on 60 episodes of it. You can take my recommendation with a pinch of salt, then. Undercover Law is perfectly fine – good, even – and you’ll probably enjoy it if you typically enjoy such things, but I can’t say that the lens of the fairer sex is novel enough to sustain anything for so many hours and episodes, let alone a drug-fuelled crime drama. But do let me know.