The First chronicles fictional events leading to a human mission to Mars, weaving in characters that have their personal issues to solve.

The First chronicles fictional events leading to a human mission to Mars, weaving in characters that have their personal issues to solve.

In the first episode of Hulu Original series The First, you are given the impression that 58-year-old Sean Penn has taken care of himself later in life. The actor wants you to know this too, with scenes of long morning runs, fixing drain pipes and any given opportunity to take off his shirt.

However, putting aside the flagrant vanity, The First is not perfect, but it is a fine piece of television with the right imagination. Beau Willimon, the creator of The First, had a vision;  at times it might be clumsily delivered, but you appreciate what the story stands for. The purpose of the series stands out, much like his Netflix baby House of Cards.

At a glance, The First is about a group of astronauts daring to venture to Mars to give humans a chance of survival. The opening episode sees Sean Penn’s character, Tom Hagerty, supporting the crew despite being taken off the original roster. The Mars project ends in tragedy, giving NASA time to renew the mission. 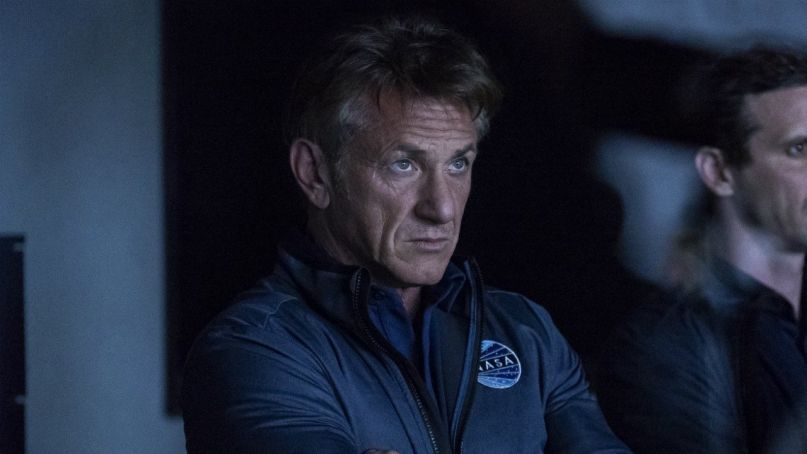 However, The First is not really about a space mission at all. In fact, the story meanders over it for a better purpose. If you remove the scientific elements, the series focuses on personal demons, with each episode offering the audience something to think about each time the credits roll. The end objective is Mars, but in between all that there is a vacuum of space withing which the characters paradoxically get to breathe; to tell us their story.

Each episode has a certain thick atmosphere that translates well from the screen. Tom Haggerty’s main story is his daughter Denise (Anna Jacoby-Heron) and when both share a single scene, the silence tells a story more than the words spoken. You can sense the air is filled with depression, a father-daughter relationship needing to be fixed due to a troubled past with the mother. Laz Ingram (Natascha McElhone) is equally important to the story, serving as the Mars mission director, with little emotion given from the character despite potential human sacrifice; her fear of failure is her ultimate demon.

From the first episode, it is easy to believe that the Hulu series misunderstands human emotions. I felt disengaged from the opening 45-minutes, as I originally perceived the performances to be wooden and unrealistic. The First requires dedication to the material – the characters are showing their true selves initially but because there is a lack of understanding of what is hidden in their heavy closets, it is easy to feel betrayed by them for not jumping off the screen. With each episode, more unravels, and the development of the story is wonderful. 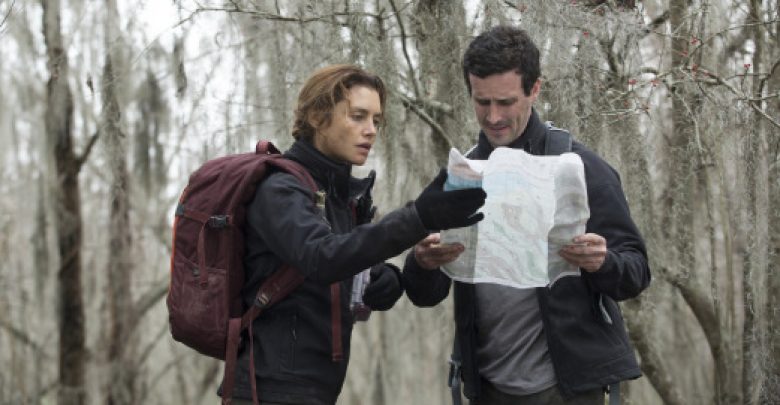 The First does attempt to distance itself from overplaying futuristic imagery to the audience, which works to a certain extent, but at times I believe the production team overthought the process. The lack of cheesy props is appreciated, yet by trying not to appear as an archetypal sci-fi series, the production looks like it is trying to hide a small budget. The characters have the ability to do most routine tasks via voice command; this technology was the main point of reference to signal that the story was in the future, but at times, it tainted a scene slightly. The First is too proud in what it is trying to achieve, and it did not need to avoid simplicity to prove the year the characters reside in.

The only recent comparison I can make to this show is the first half of Interstellar but I would argue further that The First delves deeper into the characters due to the time afforded in an 8-episode series. I would also argue that The First is not a sci-fi story but a drama that delves into the core of human nature.

Regardless, Hulu Original series The First is worth the time, allowing the audience to walk away in deep thought at the close of each episode.