Accidentally in Love is very odd but it’s also a whole lot of fun.

Accidentally in Love is very odd but it’s also a whole lot of fun.

Here we go again. Netflix has released another international series that has an absurd number of episodes, competing against the likes of 60-episode long Undercover Law and 70-episode long The Rise of Phoenixes. To be fair, Netflix Chinese drama Accidentally in Love is only a measly 30 episodes in length, which is weak against the heavyweights if you think about it. It’s worth knowing that I have not watched all 30 episodes of Accidentally in Love, but I did take time to watch the first three to provide a first impressions review. I will produce a full written review once I complete the season.

Accidentally in Love is exactly what the title suggests; young teenagers clumsily finding their feet and accidentally falling in love. I was initially taken back by the quirky nature of the series, and its way of production, however, you quickly adapt to the style. The opening episode begins with Chen Qing Qing (Sun Yi Ning) having doubts about her own arranged wedding; the exposition is bordering senseless, as her parents appear as ghosts beforehand and ask her to enjoy her life. It is pretty clear that she is going to become a runner at her own wedding, however, I am not sure the ghost appearance was absolutely necessary.

Chen Qing Qing is wild in personality but endearingly infectious on the screen, especially in the first three episodes. Accidentally in Love makes no attempt to skewer her character; she’s all in, persistently giving the series that quirky feeling. Her story is born from a family constantly pressuring her to lead a life they expect, which leads to her escaping the grasps of her own demise and joining Ming De College to embrace a new lease of life. 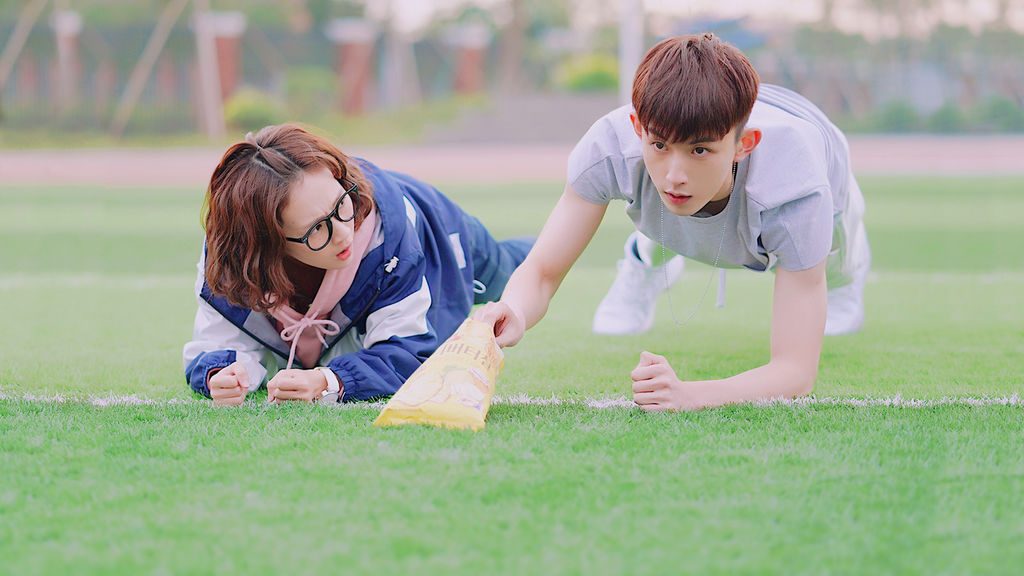 Of course, added to the pot is a male lead and someone who is oddly similar in terms of a privileged life but different in terms of personality and situation. Si Tu Feng (Guo Fiction) is a pop star, yet shackled by his family who has certain expectations of him, which cause an issue when they try and force him to go to his father’s wedding. This is how Si Tu Feng and Chen Qing Qing somehow collide with each other, as both characters are running away from two groups of people chasing them, and they are required to kiss each other down the alley to disguise themselves from their potential captors.

Based on what I’ve read in the premises, the rest of the series bases itself in the college where both characters end up residing and dealing with the trials and tribulations of growing up. I suspect that Accidentally in Love will provide a similar experience to Take My Brother Away, which oddly enough is filmed and scripted in a vastly similar style. My only hope for the rest of the series is that the wildness does not begin to irritate, and the story progression between the two characters and their peers moves in a way that remains interesting. We are so accustomed to coming-of-age stories in TV and film that we a demand an original story.

Overall, my first impressions of Accidentally in Love are that it is simply okay, and whilst it does take at least one episode to be able to consume it properly, once you understand the dynamic between the main characters, you are in for a fun, quirky and random ride.