In “Doink”, a throwaway episode of Ballers, Spencer makes some daring choices, but at what cost?

In “Doink”, a throwaway episode of Ballers, Spencer makes some daring choices, but at what cost?

Episode 5 of Ballers, “Doink”, has the odd fortune of sharing a name with Episode 5 of Amazon’s original series The Marvelous Mrs. Maisel. It is certainly a strange coincidence given that both episodes are about the main character looking to outside sources who spell trouble. Sadly, in this case, “Doink” lacks real purpose and possibly sabotages its main character.

Joe (Rob Corddry) is having a hell of a morning. After a night of crazy partying, he’s trying to be inspiring to a hipster team moments before making drastic cuts. Defeated, he meets with Lance (Russell Brand) again, debating if they should sell their shares. Maybe this just isn’t the world for them.

While he’s hungover, coke crashed and scrambling, Spencer (Dwayne Johnson) is discovering from networking big shots that the extreme sports channel is not a big deal to, well, pretty much anyone. So, of course, Spencer does what he does best–he sells something he doesn’t have: in this case a college football network. That’s in between texts from Jayda (Joy Bryant) about Spencer meeting with her son, Quincy. Q (Eli Goree) is a phenom as promised, but he’s more concerned in calling out Spencer’s intentions than taking career tips. Mom decides to force the friendship, inviting Spencer over for a family dinner. Unfortunately, the all-star son isn’t having it until Spencer calls him out for taking money and jeopardizing his eligibility. Spencer’s ace? He offers the kid a piece of a network. I’m sorry, but this is a fantastically stupid plot twist that at most makes Spencer an opportunist and at worst a corrupt user. Also, when exactly did we move to the “babe” part of this relationship? The whole thing is just off and actually makes Spencer unlikable. 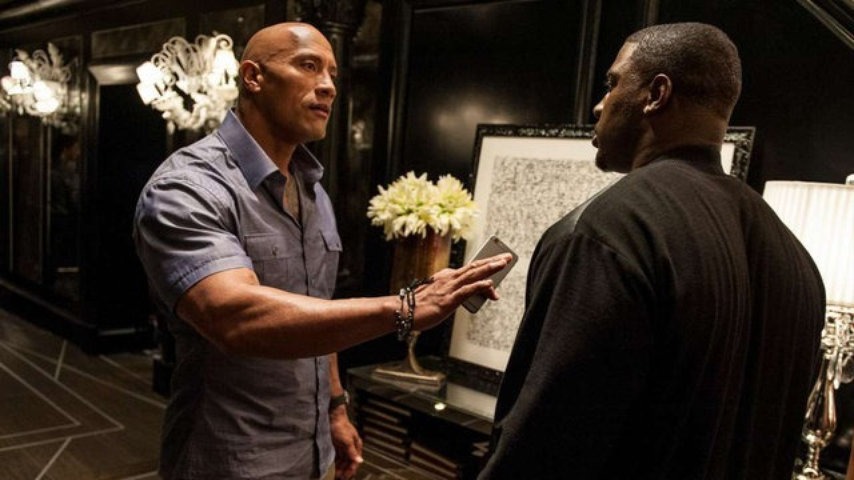 In B and C plots of “Doink”, Ricky (John David Washington) realizes he’s not the only game in town for the Rams, who have their eye on another player. This is just the push he needs to focus on his training, though he comes up short. Speaking of the only game in town, Charles (Omar Miller) learns he doesn’t have as much power as he thought (and his clothes are apparently ugly).

We end with Spencer and Joe reuniting at the bar where Joe is ready to sell, but Spencer is ready to double down. Of course, they’ll pick door number two. Here’s hoping there are some better episodes than “Doink” behind it.