The midseason finale of Suits served up some mediocrity but ended on a fantastic twist.

The midseason finale of Suits served up some mediocrity but ended on a fantastic twist.


The general consensus so far is that this season has been woefully under-par. The predictability is irritating and the quality of the writing is not what it used to be. However, for the first time in season 8, Suits surprised in what was a mediocre episode until the ending. The legal drama releases its midseason drama, and as usual, there is much to leave us with until it returns in 2019. “Managing Partner” gave us the real story of season 8.

Episode 10 is about two lawyers at war. Alex and Samantha have been tasked to go head to head with their clients in court. Whoever wins gets named partner. The names on the wall have changed so much since the series began that its impact is a little dry, however, both characters have managed to convince that they really do care about that title; I’ve always assumed becoming named partner means a pay rise and extra benefits? It’s never been explained.

We also visit Samantha’s past in “Managing Partner”, giving us a slice into her younger world in corporate law. The scenario was played better than other flashbacks, as it gave a sense of why Robert Zane and Samantha had such a firm bond. It turns out that before the days of Suits, Robert was in a little trouble, which he claims was no fault of his own, and uses the father card to guilt Samantha into helping him. Suits has a habit of characters offering favours and expecting a return, which is why episode 10 was probably the best episode to introduce their background. 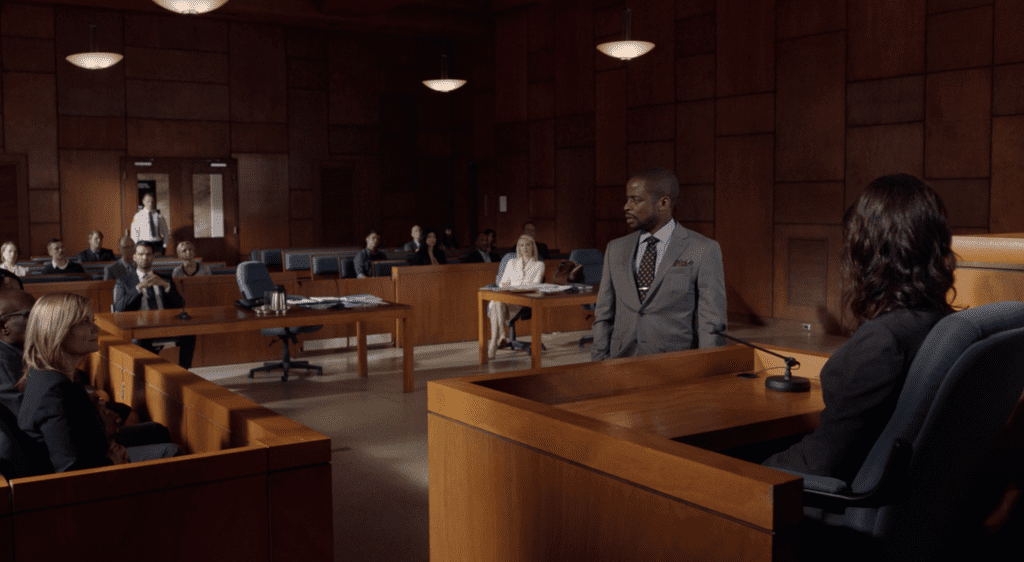 In court, Samantha and Alex do their worst to each other. The weight of desperation eeking out of both characters was admirable but they both agree that they should do it fairly; of course, they don’t, with both finding out the dirty underwear of both of their clients. Alex finds dirtier and manages to put Samantha in a weak position where she accepts a deal, or she could potentially lose her license, due to his client knowing about her past dealings. Alex by all means won, but Samantha is having none of it, reminding Robert the favour he owes her.

It’s worth noting that whilst “Managing Partner” was a great concept, it felt unrealistic that a high flying firm like the one presented would allow two of their own lawyers to go head to head and risk losing both of their clients. From a PR perspective, this would not translate well to black ink. I can only assume the writers wanted to be extra creative and to pump Suits back to life. The episode did shed light on something more positive, and a turning point finally, for our man Louis Litt. Sheila is pregnant.

As Harvey and Robert have a firm-ending argument regarding Alex and Samantha, Donna walks into the office, armed and ready for war. There is only one solution, Louis Litt will become Managing Partner, and Donna is the first vote, giving Harvey and Robert no choice but to vote Louis. I admit I punched the air for a moment when Louis swaggers in, lays down the law on his ex-superiors and tells them both that Samantha and Alex both have to be named partners. Donna managed to orchestrate a firm-saving move, with a happy soon-to-be-father Louis Litt.

Maybe the writers have a heart for Louis after all. Speak to you after the break.