‘The Hate U Give’ | Film Review

Sixteen-year-old Starr is the sole witness to her childhood friend’s fatal shooting by a white police officer and everything changes for her and her family.

Sixteen-year-old Starr is the sole witness to her childhood friend’s fatal shooting by a white police officer and everything changes for her and her family.

There is a scene in The Hate U Give when the predominantly wealthy white students at the main character’s school quit class in protest of a black young man’s death. The main character, Starr (Amandla Stenberg), considers it wrong because really they are protesting in order to miss a chemistry test, not because the cause truly matters to them. So I’m a bit wary in writing this review that I might come across like those students: taking some advantage from the subject, because I sit outside of it, in my privilege.

So cards on the table: I’m a white woman in my forties and won’t ever truly know what it’s like to be a young black person. But I do my best to understand other people, and I applaud my son for doing the same… but with or without a “message” to send, The Hate U Give is a terrific film with an excellent cast.

The Hate U Give is based on the popular novel from 2017 by Angie Thomas, which in turn was partly inspired by the words of hip-hop artist Tupac Shakur. It is about Starr, who lives – uncomfortably – in two worlds: Garden Heights, the largely black and underprivileged district where she lives with her family; and Williamson, the upmarket school she attends (outside of that district) with a largely white student base. She does not show her true or complete self to either and seems to have lost sight of what it would mean if she did. She has also lost touch with her oldest friend Khalil, so when he arrives at a party she’s not mingling very well at, they catch up with huge smiles; he drives her home when the party starts to turn rough. However, on the way home, Khalil is stopped by a lone police officer (ostensibly for a minor motor offence) and – not taking the risks seriously – is shot when the officer thinks he has a gun.

For Starr, the event is both traumatic and pivotal; and the film follows her journey of developing identity, confidence and political awareness, via a range of friends (well-meaning to various degrees) and conflicting perspectives. This might sound kind of “preachy” and yes, it kind of is; but I don’t see that as a problem at all. If a cycle of misunderstanding and mistrust still continues now, well into the twenty-first century, perhaps a bit of preaching is called for. If there is a message to be told (and there is), it needs to be told plainly with a simple case study or fable that any of us can grasp: granted, the story in The Hate U Give is not quite as simple as that in To Kill a Mockingbird, but that’s the level of preaching we have here. 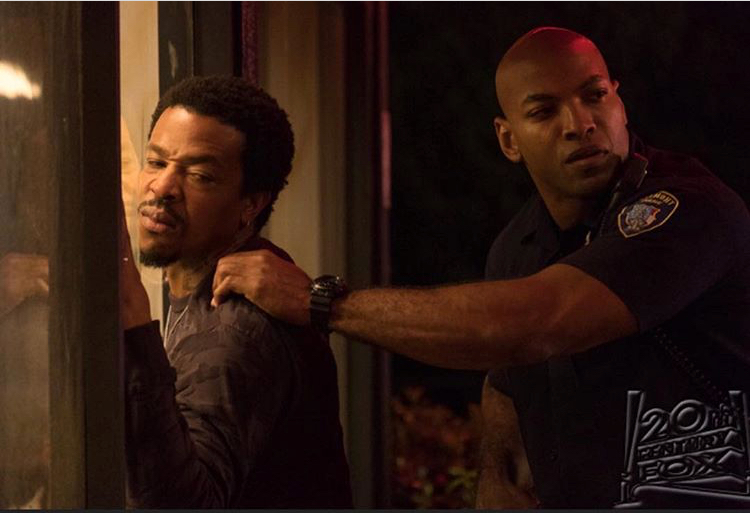 The cast in The Hate U Give is excellent all round. Stenberg as Starr captures the discomfort in not belonging perfectly, as well as her sense of trauma after the shooting, and not knowing how to express it. The rest of the cast are distinctly secondary in comparison, though the ones who stood out to me most – and I felt for them the most – were Regina Hall as Starr’s mother, Lisa; and TJ Wright as her little brother Sekani. The family members had a very believable chemistry; even the one who belonged in two families, Starr’s other brother, Seven (Lamar Johnson).

The characters surrounding Starr are fascinating and quite eye-opening in that so many different perspectives are presented. We have the cool friend who doesn’t realise she is subtly racist and the liberal boyfriend who “doesn’t see colour” (Starr tells him “if you don’t see my blackness, you don’t see me”). We have the black rights activist who wants Starr to speak up and her mother who wants her to stay quiet for safety’s sake. There is also the threatening presence of the local gang boss, and – in contrast – her police officer uncle who tries to explain what it’s like to assess the risk of someone with a gun. Must be an immense and confusing landscape for a teenager to navigate. 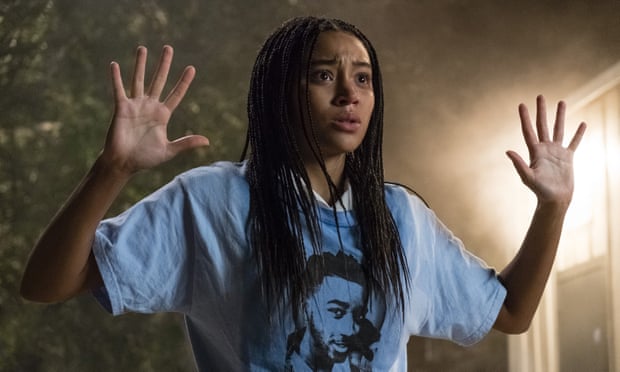 My young son watched the “Rosa” episode of Doctor Who last week and was stunned that white people in Alabama “used to behave that way” towards black people. On the way to the cinema tonight, I told him The Hate U Give will show us something of what it’s like for them nowadays… and he was doubly shocked to see how the problems have not so much lessened that time but rather changed shape. He felt at first that the subject was a fairly grown-up one, but understood that many teenagers live in a grown-up world… If anyone can “break the cycle” it’s them, the emerging generation of new adults.

See The Hate U Give isn’t an “anti-white” story: if it’s preaching to anyone, (in my opinion) it’s the young black people. Starr’s story of developing voice and confidence shows that there’s no merit in pretending, or in being only half of yourself; that false modesty will hinder change; and that finding a voice is crucial to both being yourself and supporting others. The story is also about a vicious cycle of mistrust, between and within racial communities and that also relates to the Tupac song that the title comes from. If you’re not familiar with it – as I was not – I’m not inclined to fill you in here, but recommend you watch the film: the scenes where the phrase “the hate you give” is discussed are crucial ones in themselves, not least because two very different characters have some respect for the sentiments. It’s actually made me more curious about the man; I may well watch All Eyez on Me in case that tells me more.

There is plenty to recommend the film, though it’s not perfect, of course: The Hate U Give is very long and heavy for what is essentially the adaptation of a young-adult novel. It has somewhat annoying voice-overs… actually, so did Love, Simon; is that a common “young adult” thing? Some of the characters are a little simply drawn, but there are a lot of them to present in those two-and-a-quarter hours, and besides, it’s a fable, yes? Some have commented that the violence and protests are somewhat sanitised; but in my view, these are presented appropriately: Angie Thomas and director George Tillman surely want the story watched and digested by many people. The Hate U Give has the right level of seriousness and depth for adolescents as well as teenagers and adults, and I truly hope it gets the wide audience it deserves.