Posh boarding school is so short of funds the headteacher allows fracking to commence in the neighbouring wood, little knowing that the resulting tremors would release some nasty beasts from under the ground.

Posh boarding school is so short of funds the headteacher allows fracking to commence in the neighbouring wood, little knowing that the resulting tremors would release some nasty beasts from under the ground.

I went to see Slaughterhouse Rules – sorry, Rulez – tonight, having seen posters showing what looked like the new Simon Pegg and Nick Frost “horror comedy”. Do not be fooled like I was: another Shaun of the Dead this was not. No wit, minimal laughs, and both Pegg and Frost played less than secondary roles.

Slaughterhouse is an expensive boarding school, and the first half of the film really milks the ultra-traditional setting. But while the spoof advertising video at the start led me to expect a class satire, the rest of the film seemed to alternate between nostalgic charm and ridicule. The location was fabulous, and the sixth-formers classically chiselled, but because of the various exaggerated characters, it came across more like the writers (Crispian Mills and Henry Fitzherbert) were sneering at exclusive schools, rather than expressing any affection.

And this school was dreadful! Harking back to Tom Brown’s Schooldays, the older boys were either prefects or bullies or both; and the younger ones swots or victims. The main character, Don (Finn Cole), was dropped off there by his mother who apparently did not notice the cloud of misery (and occasional misogyny) hanging over the place. Honestly, it wasn’t just the introduction to the school, but the first half of Slaughterhouse Rulez was all about setting the scene by way of misery or shouting. Tedious. That atmosphere, unfortunately, took priority over establishing characters, which were sketched very lightly: Don tells one of his new “friends” how difficult it is to “be yourself” at this school, but he doesn’t seem to have any depths or identity to struggle with (was I spoiled by watching The Hate U Give recently?). 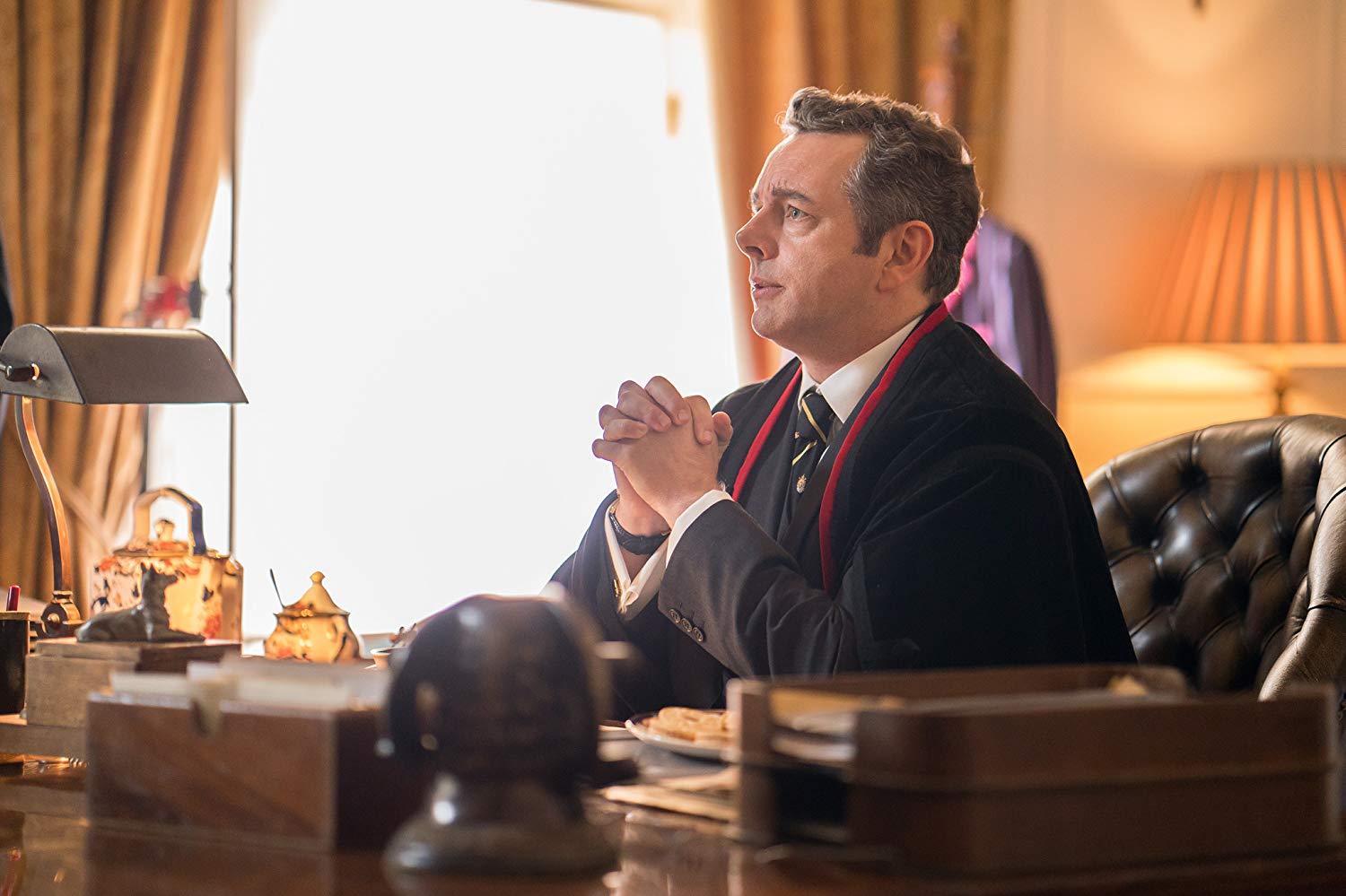 The cast was good, of course. Martin Sheen is the headmaster, aka “The Bat”, and as an actor, he can do little wrong. This particular role belonged in St Trinian’s mind you, and he can play humorous roles as well as serious ones. But the humour was all in his style, not in the script. Simon Pegg played a heartbroken teacher, who was either moaning or drinking most of the time. He had a short period joining forces with the students near the end, but for the most part, his Mr Houseman was quite pathetic (and not in a funny way). Nick Frost played an anarchist environmental protestor, which suited him just fine, but the role didn’t have the energy I remember from Shaun or Paul. Again, it was a small role: don’t go expecting this to be a Pegg and Frost film.

Slaughterhouse Rulez belongs to Finn Cole and Asa Butterfield, who plays Don’s roommate, Will. Don is the fish-out-of-water “northern” kid, who gets into the school because his father has died and left funds; and because a previous student had also died (mysteriously) and left an empty bed. Don doesn’t present much personality though and can’t have been terribly demanding to play. (Funny, they could have made something of him feeling bereaved, but his father was barely mentioned.) Asa Butterfield, on the other hand, played a much more interesting character: I did like Will a lot. It’s been interesting to see Butterfield grow from a child actor into a striking young man; he still has the boyish features, though his face could easily belong in a manga. He manages brooding grace and a little mystery as Willoughby, and in my opinion was the main saving feature of Slaughterhouse Rulez. 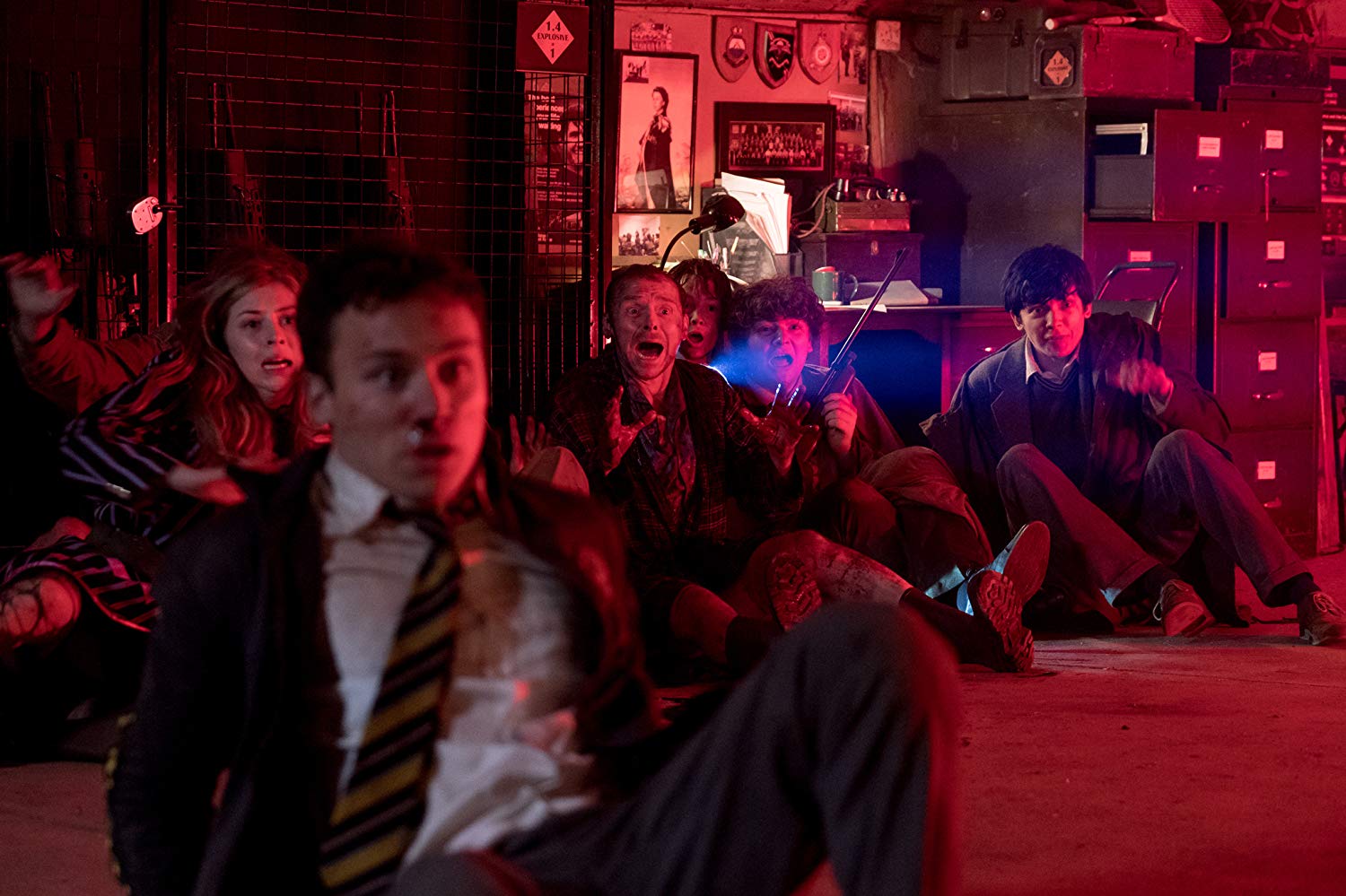 And yes, there were monsters. I know I’ve left it until my article was over half done before mentioning them but hey, that’s what happened in the film too! Barely any clue that there was anything unusual in the woods (I think I’ve mentioned before on this site that I’m a bit tired of horror films set in woods: trees are lovely!), except for the odd shape on the energy company’s equipment; and then suddenly, it becomes a creature feature. Rather poor creatures close up, too (I saw better in Boar a couple of months ago), but they did deliver some gruesome killings. Don’t ask me to tell you what they looked like, though, or what they actually were: weird hell-beasts or previously undiscovered subterranean who-knows-what. It wasn’t clear. Maybe that didn’t matter, but on the other hand, maybe it was also another symptom of a film that didn’t know what it was doing.

The bottom line is this: Slaughterhouse Rulez is billed as a horror comedy, but I didn’t find it exciting, scary or funny. It’s not intelligent enough to be a satire or witty enough to be a black comedy. The last “horror comedy” that I watched and found effective was Shyamalan’s The Visit, and that one made me feel edgy and gave me nervous laughter on and off; whereas Slaughterhouse Rulez made me laugh once and wince twice. Additionally, it doesn’t seem to know whether the terror is about ancient beasts or environmental risk; and doesn’t know whether girls are there to be humoured or chased. Nearly everyone is a caricature yet it is not a spoof. The school setting is charming in parts, sure; but then in the next moment, it is turned around and spat on.

Bizarre, unfunny muddle: could do better.