There are still things to like about Nightflyers, but the second episode, “Torches and Pitchforks”, felt stretched unnecessarily thin.

There are still things to like about Nightflyers, but the second episode, “Torches and Pitchforks”, felt stretched unnecessarily thin.


This recap of Nightflyers Episode 2, “Torches and Pitchforks”, contains spoilers. You can check out our thoughts on the previous episode by clicking these words.

It might have been a thoroughly stupid idea to bring an obviously deranged telepathic madman on a highly important world-saving interstellar mission, but I, for one, am glad that Thale (Sam Strike) is a part of the Nightflyers team. He’s one of the few things about the show that are truly worth watching – at least if the second episode, “Torches and Pitchforks”, is anything to go by.

Unsurprisingly, Thale is public enemy number one after Murphy turned extra crispy at the end of the premiere. Naturally, Dr. Agatha Matheson (Gretchen Mol) thinks he’s innocent, and so does Karl D’Branin (Eoin Macken), but Captain Roy Eris (David Ajala) and his bizarrely incompetent security team beg to differ. It must be tempting to blame everything on the L1, but there’s clearly a lot more to be concerned with in Nightflyers. Lommie (Maya Eshet) is so dismayed by what she has seen while connected to the ship’s inner workings that she’s trying to carve the implant that allows her to communicate with the Nightflyer out of her arm. Her mind is full of bleak visions of men tied to chairs and bloody mallets, and in the meantime Karl keeps seeing visions of his daughter, Skye (Bronte Carmichael), running around the ship in a raincoat. 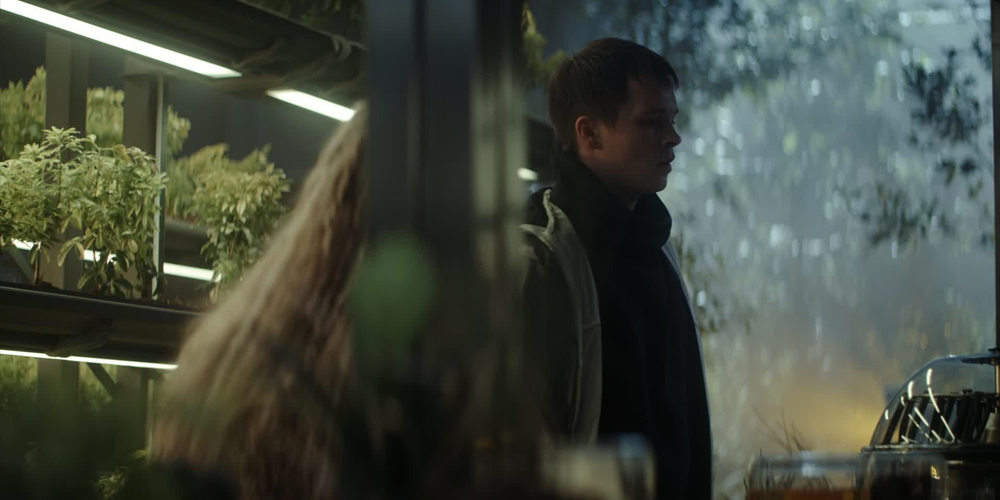 Thale, for what it’s worth, spends most of “Torches and Pitchforks” having a chat with Tessia (Miranda Raison), a woman cloaked in bees, while the other characters fret about whether he or the ship itself is responsible for all the weird goings-on (I know where my money is.) I don’t know if it’s Strike’s performance (he and Maya Eshet are the show’s MVPs thus far, and it isn’t even close) or the writing giving off the impression of a reluctant antihero-in-waiting when it comes to Thale, but I can dig it. When the ship’s captain is a deliberately enigmatic weirdo peeping-Tom, you can’t be too judgmental about who you side with.

Besides, “Torches and Pitchforks” made it clear that Captain Eris knows much more than he’s letting on, making ominous references to unseen forces and admonishing the ship directly after a robot spider gets loose and starts offing the crew with its laser eyes. And it occurs to me that it really seems like I’m making this s**t up. Honestly, Nightflyers is a weird show.

But is it a good one? Not really – not yet, anyway. The overall feeling thus far is of being unnecessarily stretched out and padded; the hunt for Thale took an entire episode, and when he was eventually found he agreed to come along quietly while Eris decided to keep quiet about his apparent involvement in Murphy’s cooking, all in the name of accomplishing the mission. There’s probably mystery enough regarding what the Nightflyer really is, and what its nebulous mission entails, to keep people watching. But you have to wonder how long it’s going to take to show its hand – and if it will have been worth the wait when it does.