An efficient enough B-picture bolstered by surprisingly solid performances, Backtrace is nonetheless a bit too formulaic to leave much of an impact.

An efficient enough B-picture bolstered by surprisingly solid performances, Backtrace is nonetheless a bit too formulaic to leave much of an impact.

Matthew Modine is in urgent need of codeine in Brian Miller’s Backtrace, a workmanlike genre flick in which he plays an amnesiac bank robber who has been dosed with an experimental drug that makes “painful memories” a literal statement. He provides a better-than-average performance in an average thriller, but his efforts aren’t enough to overcome formulaic construction and a woefully melodramatic script by Mike Maples.

Modine plays Macdonald, an aging stick-up man currently languishing in a prison psychiatric ward after the splitting of a heist’s loot led to a gunfight and the gunfight led to a serious head injury. Now an amnesiac, and with a hefty chunk of change stashed who-knows-where, he’s sprung from captivity by Lucas (Ryan Guzman), Erin (Meadow Williams) and Farren (Tyler Jon Olsen) and pumped full of a narcotic that jogs his unreliable memory. Blearily touring a hodgepodge of half-remembered locations from his past, Macdonald is pursued by police detective Sykes (Sylvester Stallone) and FBI agent Franks (Christopher McDonald), who spend a lot of time glowering at each other across police squad rooms and such. 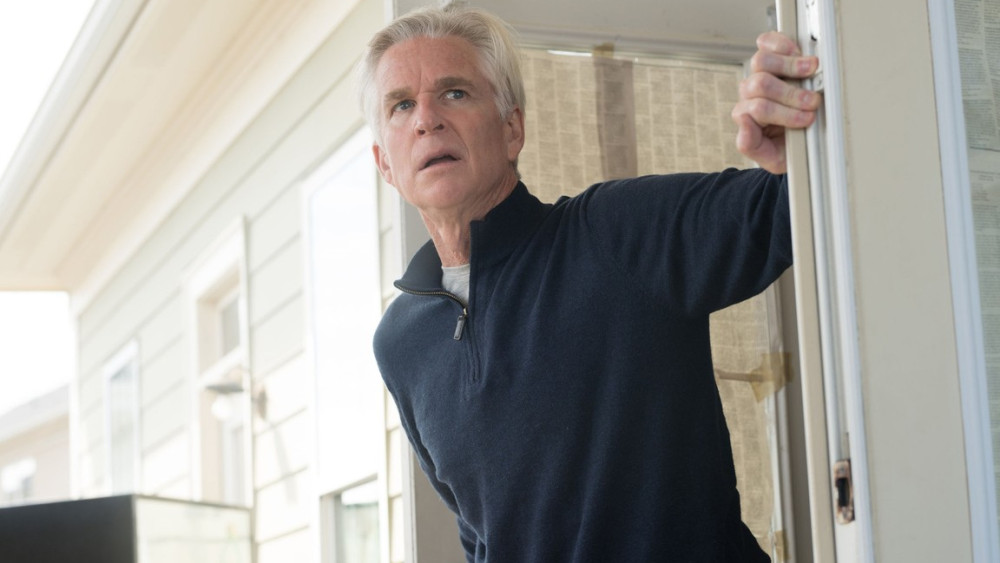 This is all run-of-the-mill stuff. Modine is a noteworthy presence every time he’s on-screen, but after a while his simulated headaches were a pain for me too, and it felt like Backtrace was overdoing that particular point. Luckily the whole thing moves a decent clip and doesn’t outstay its welcome, which is a blessing – the finale is flat and underwhelming, and more time spent building towards it would have seemed wasteful.

Stallone isn’t in Backtrace as much as the marketing might lead you to believe, but he’s a solid presence whenever he turns up, even if he is looking less and less like a human being these days. But this is Modine’s film and it relies completely on his commitment. It’s enough to slightly elevate what’s otherwise a totally unremarkable VOD thriller to… well, a totally unremarkable VOD thriller that happens to star Matthew Modine. I guess that’s an improvement.