Well-stocked with beardy men and ruggedly atmospheric, The Vanishing is nonetheless a bit inert as a thriller.

Well-stocked with beardy men and ruggedly atmospheric, The Vanishing is nonetheless a bit inert as a thriller.

Inspired by the enduring mystery of three lighthouse keepers who went missing from the coast of Scotland in 1900, Danish director Kristoffer Nyholm’s feature debut The Vanishing provides a speculative explanation for their disappearance. Unfortunately most people who see it will have preferred having no explanation at all.

That isn’t the fault of the cast, whom we meet as they assemble ready to sail out to the ill-fated isle. Peter Mullan plays Thomas; older and wiser than his shipmates, who include James, a big, rumbly bear of a man played by Gerard Butler, and Donald (newcomer Connor Swindells), a sulky youngster who spews his guts up on the boat to much thickly-accented ribbing. These fellas are all reliable in underwritten parts, though Butler stands out, in part because here he seems to have freed himself from God-awful Hollywood tough-guy roles and has instead embraced his near-indecipherable native brogue.

It isn’t until later that the problems emerge. Shortly after arriving on the island, Donald discovers a capsized rowboat, a not-quite-dead rower, and a locked chest containing solid-gold bars. Nabbing the treasure and offing the survivor – though admittedly in self-defence – gets the boys in trouble with Soren Malling and Olafur Darri Olafsson as the treasure’s prior owners, who would very much like it back. Violence, gradually escalating paranoia and the gruff chugging of whiskey ensue. 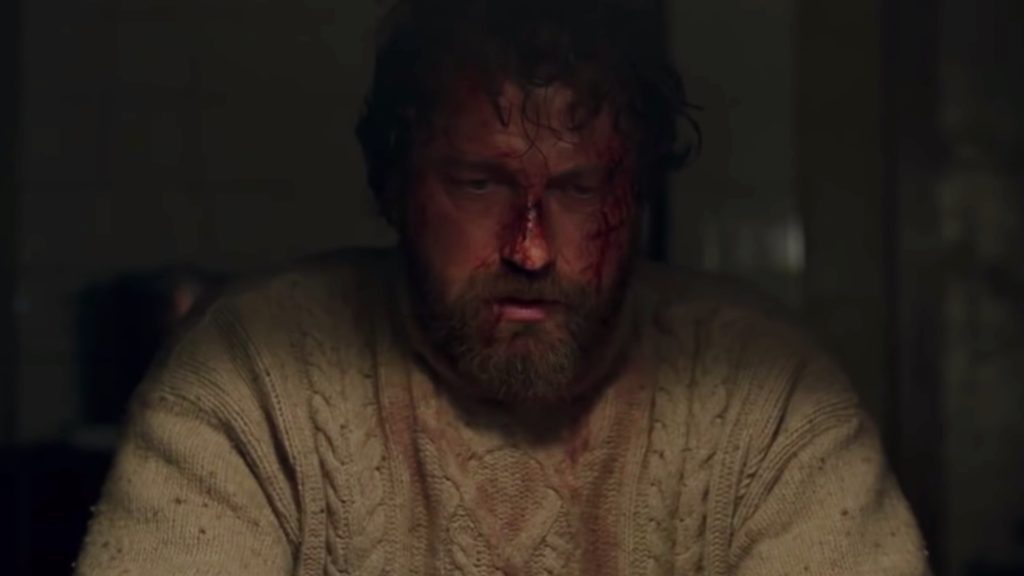 This is all made-up, obviously, which is part of the problem. You have to imagine that the filmmakers could have dreamed up a more interesting explanation for “The Flannan Isle Mystery,” and that if they had they might have committed to it more than they did to this one. The Vanishing feels very much like several films stapled together; one a kind of home-invasion thriller, another a slow-burning psychological mystery, and a third a character study. All get a bit of time to breathe but not nearly enough. And the problem in each is that the interplay between the characters feels too thin and contrived to ratchet up proper tension. A lot of the major narrative turns are arbitrary.

Moments of surprisingly vivid violence punctuate the escalating drama, but it hardly feels like enough. The Vanishing is at its best when anything could happen; as soon as things actually begin to it rapidly loses the audience’s interest. A shame, really. This is an earthy thriller with a palpable atmosphere, but it never quite manages to have its characters feel as natural as its landscapes.